‘You can’t f***ing yell in the middle of the point!’ Jessica Pegula BLASTS umpire for deciding a let after opponent shouted when doubles partner Coco Gauff was about to smash in tie-break decider… as No 2 seeds go on to lose US Open first-round match!

In what may be the biggest upset of the US Open so far, Coco Gauff and Jessica Pegula have been eliminated from the women’s doubles competition in the first round.

Gauff is the No. 1 ranked doubles player in the world and when paired with Pegula is the second best women’s doubles team worldwide.

The American pair began the match trading serves back and forth, surviving a break point to take the fifth game.

In the sixth game, Gauff and Pegula broke the other pair’s serve to go up 4-2 and never looked back, winning the set 6-3.

The world No. 2 doubles pair of Coco Gauff (L) and Jessica Pegula (R) are out of the US Open 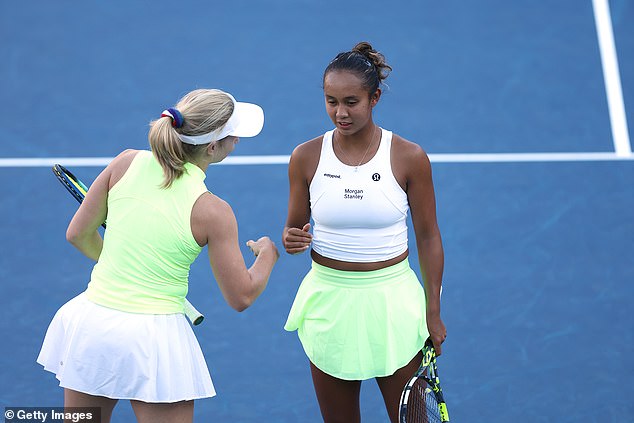 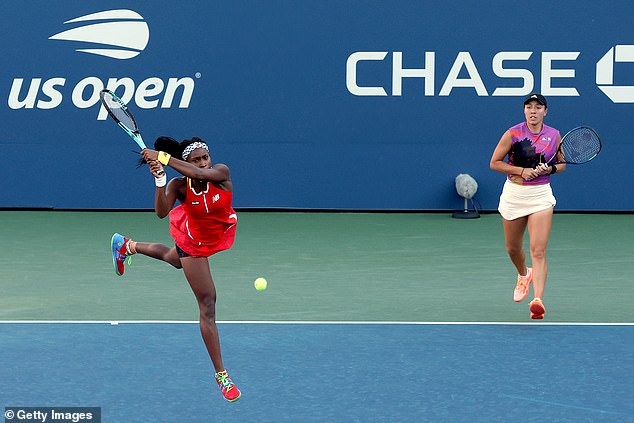 Gauff and Pegula dominated early on, winning four of the last five games to win the first set 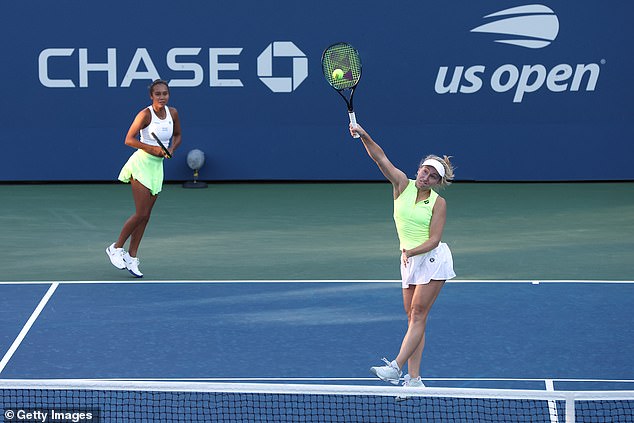 Following that, Fernandez and Saville made things hard on the Americans, forcing a tiebreak

They struggled in the following set, going down 1-4 at one point before battling back to make things even at 4-4.

Following that win, they lost three of the next four games, including a 20-point ninth game, to lose the set 5-7.

After trading games back and forth throughout the the third set, the teams went down to a 10-point tiebreak where a controversial ‘let’ call by chair umpire Christian Rask disrupted the Americans’ momentum.

At 7-5 in the tie-break, a piece of debris floated down onto the court in the middle of the point being played. Saville raised her arm, shouting for a let. As Gauff was in the middle of hitting what would have been a point winning shot, Rask called a let and the point was scrubbed away.

Pegula angrily yelled at the umpire over the decision while Gauff said his call wasn’t fair. 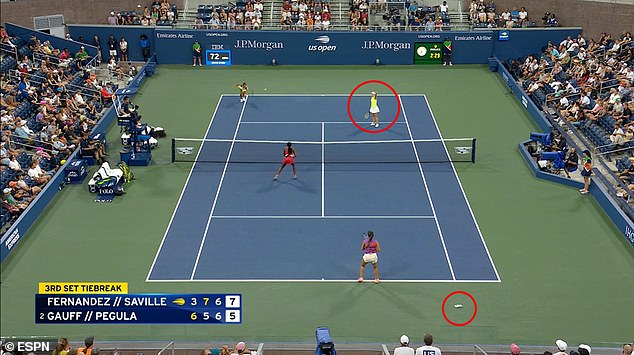 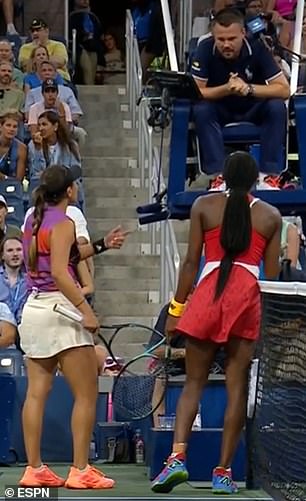 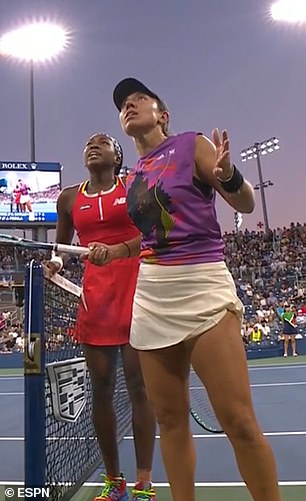 ‘It’s not fair, you’re taking points away from us for the second time. You’re stealing points from us,’ Gauff pleaded.

Pegula, the more pointed and heated of the two, went on something of a small tirade, saying, ‘[Saville] cannot call let. [Gauff] has a sitter right on top of the net. You did not call it until [Saville] stopped.’

Pegula lobbed a few more f-bombs in his direction before continuing on to play the point, which they were unable to win. The pair lost their next two points to lose the tie-break. 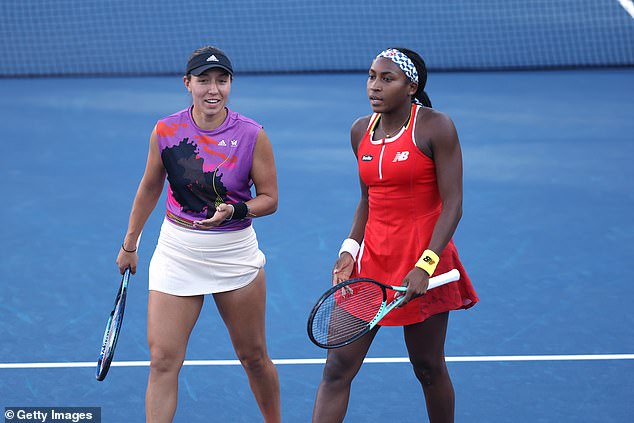