Coastguard officials are mounting a rescue effort concerning a British yacht believed to be in trouble at sea north-west of Spain.

A beacon alert was received for the UK-registered 10-metre yacht Helena in an area 500 miles north-west of Cape Finisterre at around 12.20am on Friday, the Maritime and Coastguard Agency said.

Two vessels were on their way to assist, but the yacht’s location meant the nearest craft able to help was 22 hours away, it added.

A beacon alert was received for the UK-registered 10-metre yacht Helena in an area 500 miles north-west of Cape Finisterre (pictured) at around 12.20am on Friday, the Maritime and Coastguard Agency said

A French maritime patrol aircraft has been sent to search the area. It is not yet known how many people are on board.

The Coastguard has been unable to make contact with the Helena, and is appealing for help from anyone with further details of the yacht and its crew. 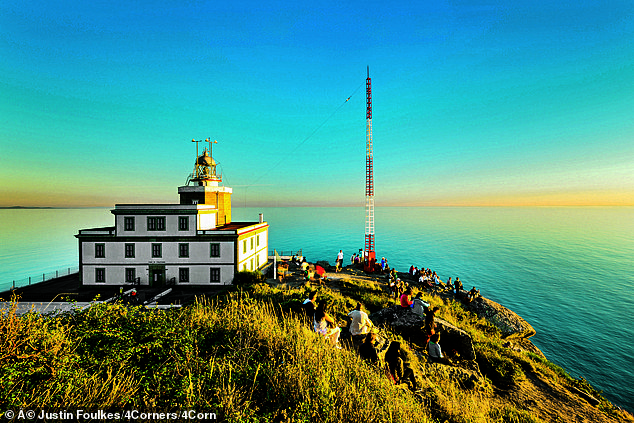 Pictured: Cape Finisterre, 500 miles from where the ship became stranded in the sea

‘We’re coordinating the response and are working with the French Maritime Rescue Coordination Centre, looking at all the means to get someone on scene as soon as possible, including sending military planes to help but the location and the weather is making that an extra challenge,’ Coastguard duty controller Piers Stanbury said in the statement