By Adriano Torres For Dailymail.com

A CNN reporter in Brazil was mugged by a homeless man during a live broadcast.

Bruna Macedo and her news crew stationed themselves Saturday morning near the Bandeiras Bridge in São Paulo to report on the rising water level in the Teté River due to heavy rains.

During the segment, the suspect appeared in the background looking over a bridge barrier while Macedo spoke with her anchor colleague, Rafael Colombo. 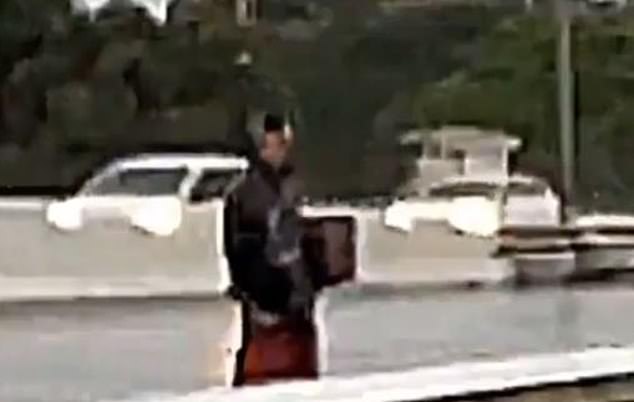 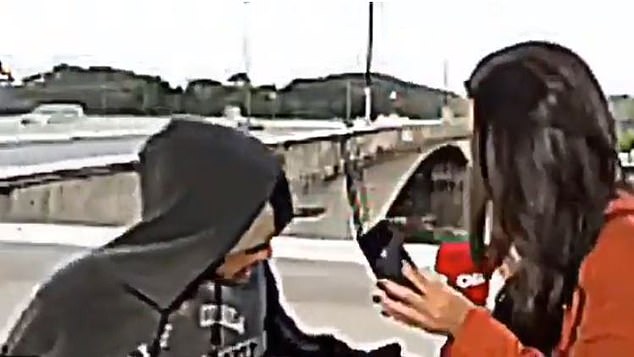 The man (left) spent several minutes in the background before he walked up to Bruna Macedo  (right), a reporter with CNN Brazil, and threatened her wife a knife before he ran off with her two cellphones Saturday in São Paulo

Almost two minutes passed before the man slowly walked towards where Macedo was positioned.

The CNN correspondent kindly greeted him while Colombo spoke on air about the flooding points in the city.

The invidividul then pulled out a knife as a shocked Macedo took a couple of steps back and handed one of her two cellphones before the control center panned away and focused on a shot of a street. 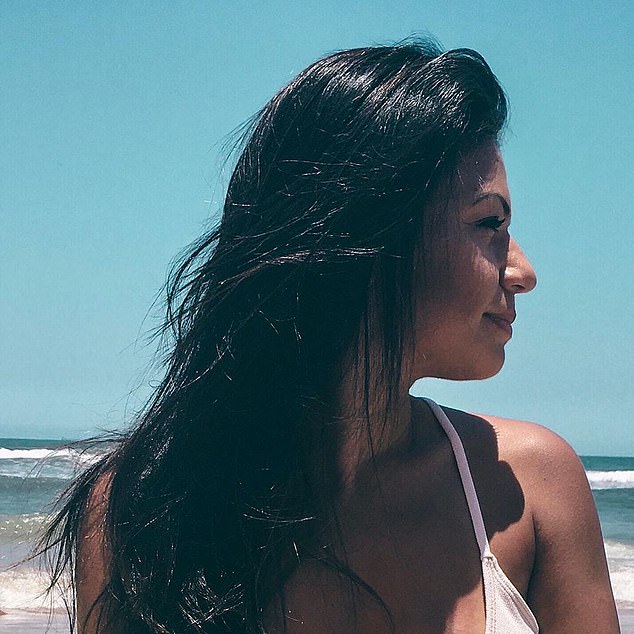 CNN Brazil correspondent Bruna Macedo was not harmed during the mugging

Macedo subsequently handed over a second mobile device before the mugger fled the scene.

Colombo told Brazilian newspaper Folha de São Paulo that Macedo was not injured and that she returned to the CNN center after the incident.

‘She had a terrible scare, but she is fine,’ Colombo said. 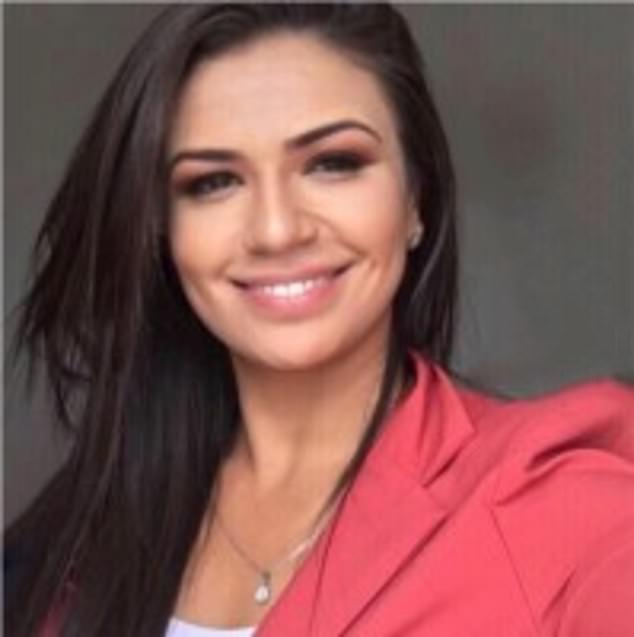