EXPRESS INFORMER > Travel > Clumsy Jumbo! Moment elephant gets stuck as it tries to climb over a fence in India [Video]

Clumsy Jumbo! Moment elephant gets stuck as it tries to climb over a fence in India

This is the hilarious moment an elephant gets stuck as it tries to climb over a fence after raiding crops in India.

The animal was caught on camera in Nagarhole National Park in Karnataka, southwestern India, on November 16.

The video shows the elephant initially balancing with one leg on a strut of the metal fence as it scans the other side.

This is the hilarious moment an elephant finds itself in a sticky situation after attempting to climb over a fence in Karnataka, southwestern India 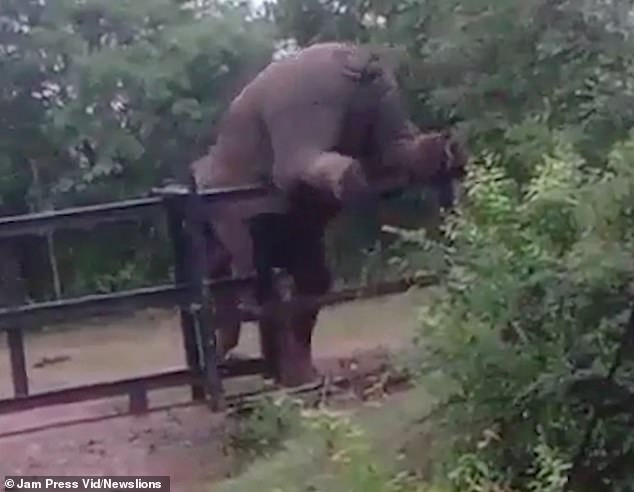 It then puts its forelegs over the fence but becomes stuck with its substantial rump and back legs in the air, pointing towards the camera.

The elephant struggles for a few moments before figuring out how to use its hind legs to push its weight over the barrier.

In a mammoth effort it pushes itself up, briefly ‘kneeling’ on the top rung, before eventually making it to the other side safely.

The video was shared on Twitter by Supriya Sahu who captioned it ‘Speechless’.

One person commented: ‘I have seen videos of these gentle giants cross over a flimsy bamboo fence when they could have easily walked through it.’

Another said: ‘Traffic violation, 500 rupees fine must be imposed on that elephant.’

Mahesh Kumar, director of Nagarahole Tiger Reserve, told the Indian Express that the video was recorded in the Veeranahosalli Range on the morning of November 16.

He said the animal was returning to the forest after crop raiding. 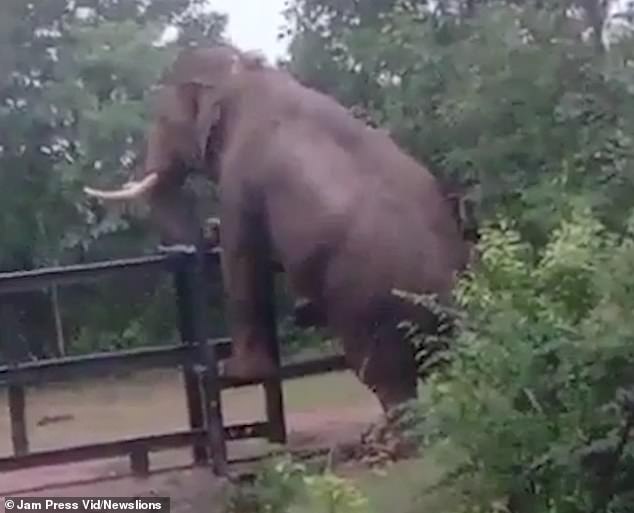 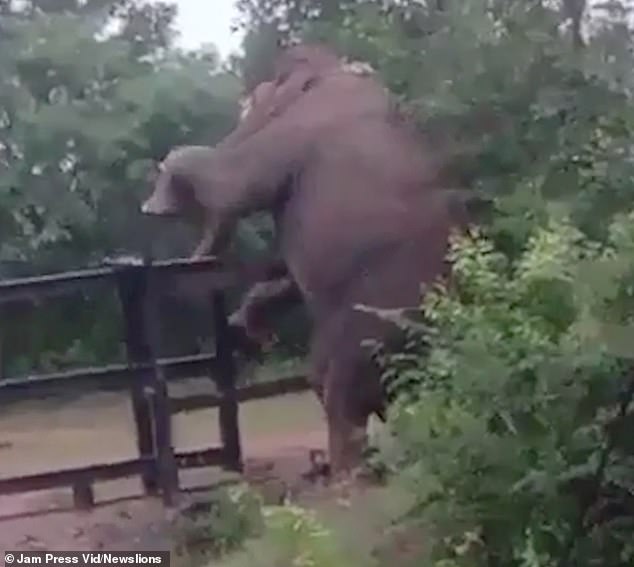 It then dangles its forelegs over the fence but becomes stuck, balancing on its stomach 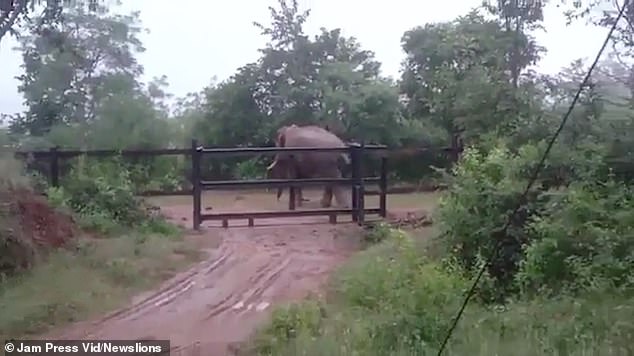 The elephant uses its back legs to push its weight over the barrier, almost crawling across, before eventually making it to the other side safely

And it isn’t the first elephant to get stuck climbing over a fence.

A clumsy calf got his hind legs stuck in the air over a wooden fence at a sanctuary in Thailand on May 2.

The clip, filmed in Chiang Mai, captured the adventurous animal as he balanced on his front feet with his two back legs dangling over the sturdy fence.

The youngster, named Khunseuk, struggled to move out of the precarious position as an older elephant watched from inside the pen. 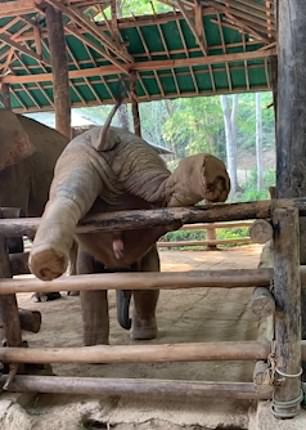 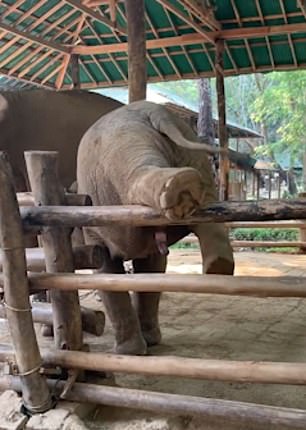 He shuffles forward, managing to get one leg over the top of the fence before clumsily edging forwards again until the other falls to the ground

Khunseuk shuffled forward, managing to get one leg over the top of the fence before clumsily edging forwards again until the other fell to the ground.

The energetic elephant then regained his balance before heading towards its older companion.

Khunseuk’s keeper said he had ‘no idea’ how the young elephant found himself in such an odd position.