A woman has died at one of Sydney’s most popular beaches after suffering a medical episode.

The 47-year-old woman was pulled from the water near Clovelly Beach, with NSW Police confirming she was unable to be revived.

About 1.40pm emergency services were called to the scene at Gordons Bay, Clovelly, following reports an unconscious woman had been pulled from the water.

NSW Police say the 47-year-old was swimming when she suffered a medical episode. 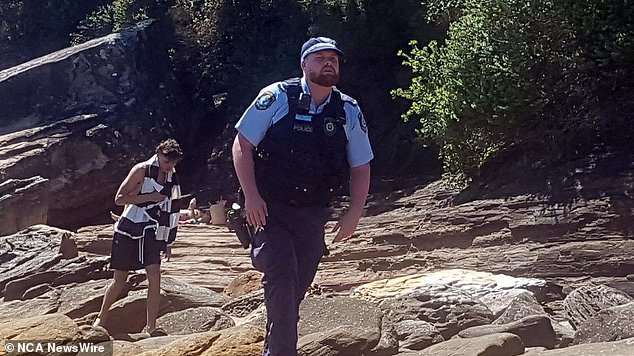 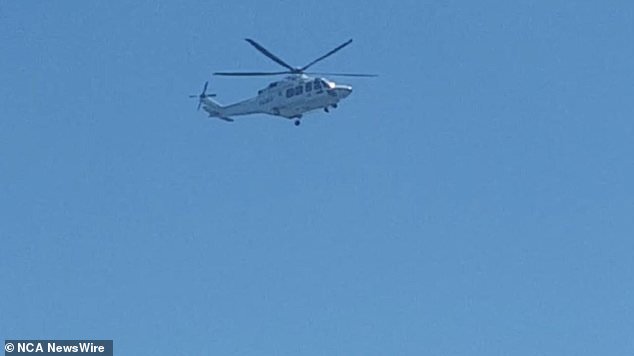 A witness said police arrived at the scene about 1:30pm.

‘There was a commotion in a cave down that way and then the police arrived and they brought someone higher up on the rocks and we saw them doing CPR,’ Ellie Shephard said.

‘I think they were doing CPR for like 15 minutes, 20 minutes and then they stopped after that and we were asked to come off the rocks.’

Monday’s incident comes after it was revealed a ‘staggering’ 1200 rescues were completed in NSW by surf lifesavers over the Christmas and New Year period, the highest number recorded in the last five years.

Lifesavers and lifeguards performed 56,470 preventive actions and were involved in 85 emergency incidents, another record in the past five years.

It comes just days after an off-duty police officer died while trying to save his teenage son at an NSW Beach on New Year’s Day. 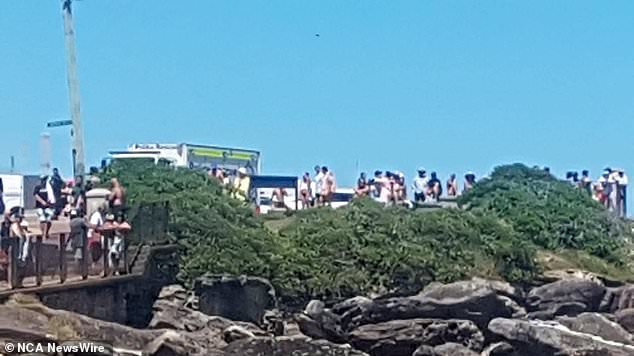 Beachgoers gawked as the emergency unfolded before their eyes 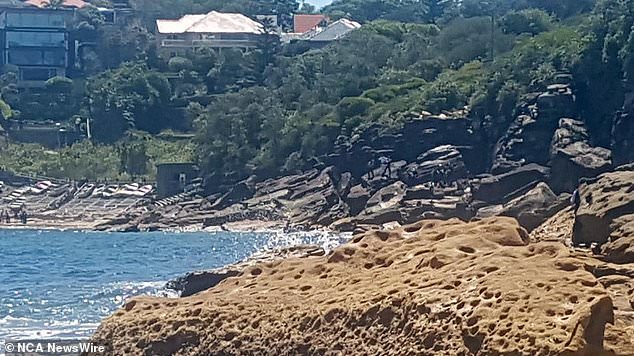 Peter Stone, 45, died at Bogola Beach near Narooma while trying to rescue his son from a rip.

Lifesavers rushed to the unpatrolled beach in an inflatable rescue boat but he could not be revived despite CPR being performed.

At least 30 people have died after drowning in the nation’s waterways so far this summer, 11 of which were in NSW, according to Royal Lifesaving Australia’s fatal drowning toll.

‘We are reminding people about the power of the ocean environment and of just how quickly things can change, which is why it is so important to swim at a patrolled location and between the red and yellow flags,’ Surf Life Saving NSW director Joel Wiseman said.

‘If you are caught in a rip current, the number one priority is to remain calm and conserve your energy. Attract the attention of a lifesaver or lifeguard and wait to be rescued. If you are a competent swimmer, you can escape the rip by swimming parallel to the shore.’