Climate change is predicted to make buffaloberries ripen much faster than they do now, and that could make life difficult for Rocky Mountain grizzly bears, which need to feast on them before they hibernate for the winter, University of Calgary researchers say.

Projections done by the U of C’s department of geology show that in as little 60 years, buffaloberries in the Rockies will ripen three weeks earlier than they do now, according to a study published in the journal Nature Climate Change by David Laskin and several colleagues, including his PhD supervisor, U of C professor Greg McDermid.

This will shorten the duration of the berries’ availability to the grizzly bears as they prepare for winter, says Laskin.

“This means that the grizzlies will have less time to forage for their most important caloric food source before hibernation,” he said. 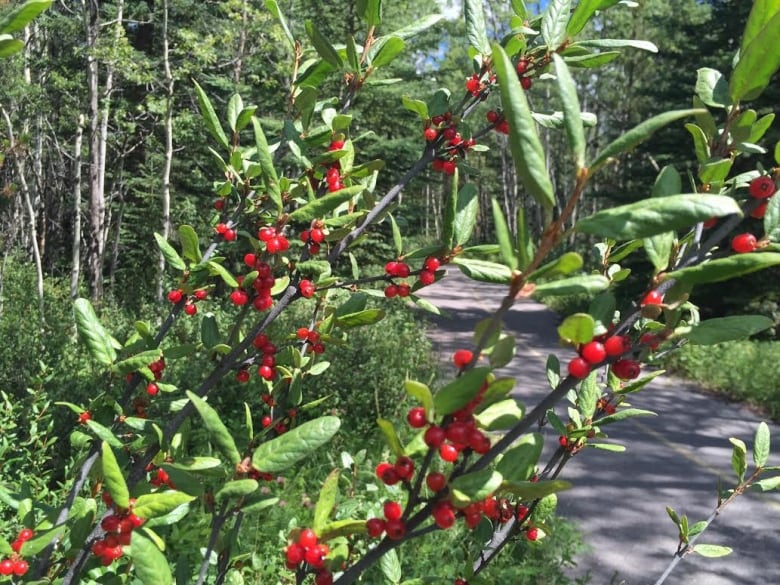 Climate research done at the University of Calgary’s department of geology suggests that in as little as 60 years, buffaloberries in the Rockies will ripen three weeks earlier than they do now. (Dave Gilson/CBC)

The discovery about the predicted early fruiting of the buffaloberries and its impact on bears arose from another breakthrough — a new way of tracking the phenology of plants beneath the forest canopy.

Phenology is the timing of seasonal activities in plants and animals, such as the stage in which a plant moves from flowering to fruiting.

Satellites are already used routinely to track major phenological events, such as spring green-up, across the globe, the release said.

“The problem is, these satellites can’t see what’s going on in the understorey, beneath the forest canopy,” said Laskin. “And that’s where many ecosystem processes are taking place.”

Laskin developed a new way of tracking the phenology of plants in the understorey by using the satellite-collected information as it relates to temperature accumulation.

“There is a horticultural principle which says that plant development is tied very tightly to temperature accumulation,” said Laskin.

“A plant needs a certain amount of heat to proceed from one phenological stage to the next. It is this sensitivity to temperature that makes plants act as such good bio-indicators of climate change. This is what our framework monitors, the rate at which plants are developing in the understorey, across huge areas.”