One of the highlights of the beauty calendar for make-up obsessives is the unveiling of the Estee Lauder limited edition compacts.

The brand began producing these beautiful, coveted, one-off designs in 1967 and each year the themed collection is snapped up by fans who pore over their exquisite details. Previous themes have included signs of the zodiac, lucky charms and aquatic creatures.

This year it’s, er, Disney princesses, with each ornately decorated compact, costing between £200 and £350, representing scenes from films such as The Little Mermaid, The Princess And The Frog, and Beauty And The Beast.

If you’re taken aback that such a sophisticated product should have gone down such a childish route, you shouldn’t be. This sort of thing appears to have become the beauty industry’s stock-in-trade. 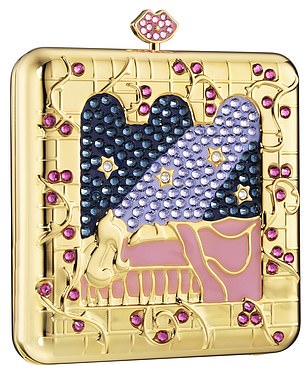 Estee Lauder has released a range of Disney compacts in reference to films including The Little Mermaid (left), which costs £350, and Sleeping Beauty (right), for £200 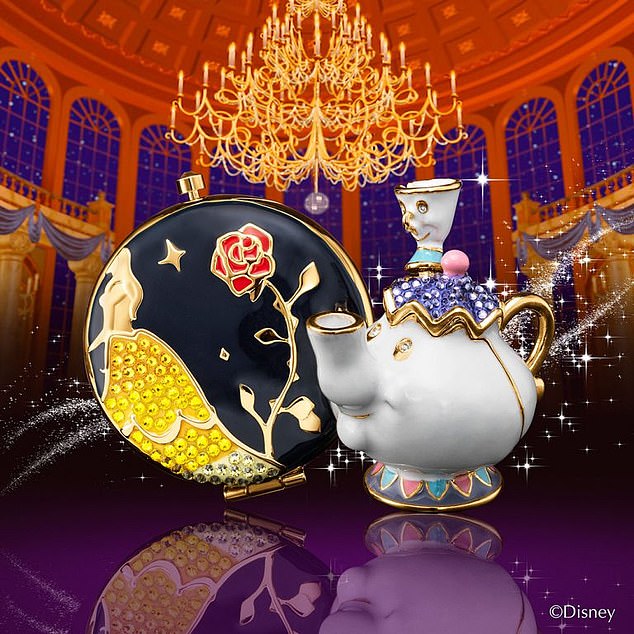 The use of childlike designs, such as Estee Lauder’s Beauty and The Beast collection (pictured), has prompted questions for beauty companies about their motivations

So are these cutesy collections simply appealing to our sense of nostalgia? Or is something more sinister happening?

‘One of the ways in which the beauty industry sells products to women is by making them feel they’re not good enough,’ says psychologist Dr Martina Paglia, who has worked with young people and women with body dysmorphia.

‘And one of the ways that you make a woman feel that she’s not good enough is by making her feel that she isn’t young enough. In our society, youth is equated with beauty.’

She suggests the reason why these characters from childhood are marketed to grown women is because there’s a subliminal association: if you’re still playing with dolls or watching cartoons, you can’t possibly be old, so you must still be youthful and consequently beautiful.

‘They’re pushing you to identify yourself with someone younger because, by implication, it will make you appear more attractive,’ she says. 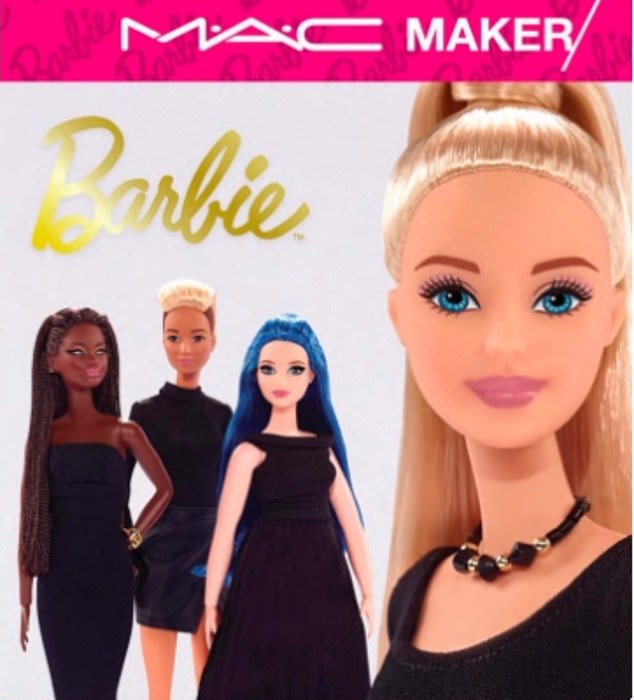 This helps to explain why so many beauty products look like they belong in the nursery, rather than the bathroom. Revolution and GlamGlow are among many skincare brands that sell glitter face masks.

And search the term ‘unicorn’ on online beauty store lookfantastic. com and you’ll find more than 30 different products, despite the fact that the site sells to grown women, and neither glitter nor unicorns have any functional role in beauty.

However, according to some in the industry, we’re taking it all too seriously; beauty is meant to be fun and lighthearted, experimental and creative, and we should stop being so uptight.

An Estee Lauder spokesperson said: ‘Estee Lauder’s limited edition collaboration with Disney was designed to evoke nostalgia and celebrate iconic stories of strength, love and friendship, highlighting the princesses and moments from these stories that have made them beloved by generations.’ 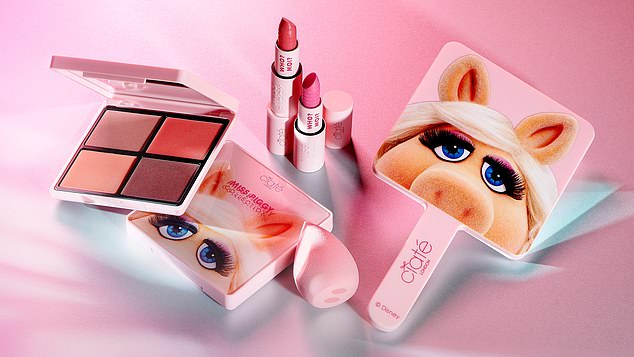 MAC said: ‘MAC is a brand reflective of the cultural zeitgeist and serves as an access point in beauty for pop culture, art, music and fashion icons. Pop culture’s iconic animated characters are a perfect match for beauty as they elicit nostalgia and create a collectable moment for fans.

‘When you look at our past collaborations with animated characters, they all embody MAC’s core ethos of self-­confidence and individuality — from Barbie to Princess Jasmine in Disney’s live action movie Aladdin to the Troll Dolls.’

Ciate founder Charlotte Knight argues that its core customer, aged 25 to 45, ‘comes to us for quality product that feels creative and playful’ and its recent range imbued with Miss Piggy’s ‘love of colour and sparkle…embodies a message of confidence and self-love’.

The problem is that when you use cartoon characters to sell products to women, you’re also attracting a very dif­ferent consumer. Academics have long argued that the flip side of infantilising women is sexualising girls, and getting very young children i­nterested in makeup is one way they can be sexualised. 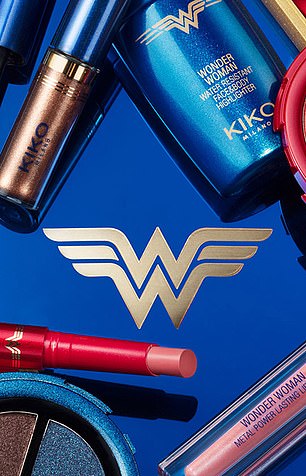 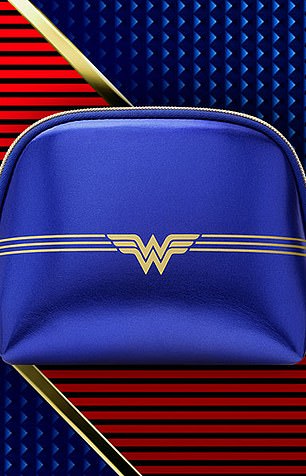 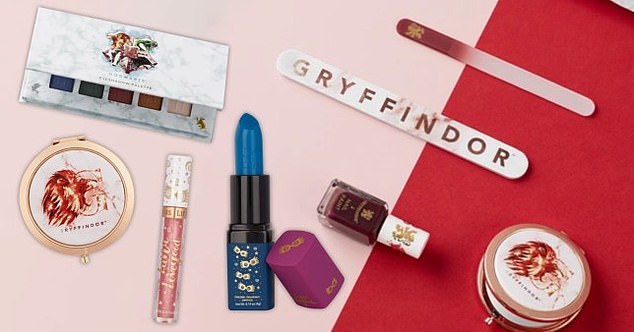 Dr Paglia adds: ‘If you use characters that are attractive to kids to sell make-up to adults, you can’t help but get children interested in beauty and what they look like, at a far younger age than they might otherwise be.’ And it’s true.

I don’t want Estee Lauder or MAC or Kiko to be on my eight-year-old niece’s radar, but if I walk through a department store with her and she spots unicorns on a make-up stand, she’s essentially being groomed by the cosmetic giants. This might be an unintended consequence, but you could argue it’s the beauty industry’s way of stealth marketing to children, luring them in at an ever younger age.

Brands might claim that the positioning and pricing of these products mean they’re not targeting kids. But that argument falls apart when you look at collections such as the Harry Potter/Barry M range, launched this month on the Harry Potter shop.

You can pick up Luna Love-good nail polishes, eyeshadows and lip glosses all priced at £7.95 or less, or show your allegiance to the school houses Slytherin, Gryffindor, Hufflepuff or Ravenclaw with compact mirrors (£7.95), polish (£5.95) and nail files (£3.95). It’s part of a depressing trend — last year John Lewis and MAC promoted a ‘back-to-school mini masterclass’ on make-up for children (cancelled after a backlash), while the Girl-guiding Girls’ Attitudes Survey this year found that eight out of ten girls aged 11 to 21 have thought about changing their looks.

While the most common reasons were the hope it would improve their confidence (55 per cent) and make them feel better about themselves (54 per cent), a third would do it to feel more accepted, suggesting that the beauty industry is going to have a ready supply of customers in the generation to come.

And while we are seeing grooming products for men booming, the fact that it’s girls and women, not boys and men, that we’re talking about here is no coincidence.

Sam Farmer, who started his self-titled skincare brand for young people because he didn’t like the gendered messages that the personal care market sent to children, points out that male consumers aren’t subject to the same form of nostalgia marketing. ‘You don’t see Bulldog doing a limited edition Superman razor,’ he says.

‘Can you imagine Gillette or Nivea trying to sell skincare to men using Kermit the Frog?’ That, for me, is what’s at the heart of all this. Women are expected to look good and take an interest in their appearance but, paradoxically, are ridiculed by society for suggesting that make-up and skincare are topics that are worthy of interest or discussion.

Women, and the beauty i­ndustry, already face a battle to be taken seriously, so infantilising women by selling products using cartoons and toys does real damage. It reinforces the view that all of this stuff is silly, frivolous and indulgent.

And, whether the brands admit it or not, it allows cosmetics to sexualise young girls. Beauty can be therapeutic, lifeaffirming and empowering, but this cynical, infantilising approach doesn’t only undermine women, it undermines the entire industry.