Manchester City’s celebrations continued long into the night after the incredible final day of the Premier League season saw them retain the title in stunning fashion.

City looked to be heading for a shock defeat at home against Aston Villa at 2-0 down with 14 minutes to play, but then three goals in five minutes, consisting of an Ilkay Gundogan brace and a Rodri strike, ensured the title would be staying at the Etihad Stadium at the expense of Liverpool.

To celebrate their success after the final game of the season, City stars took to the Ivy restaurant in Manchester city centre where the first-team players, their WAGS and manager Pep Guardiola partied until 3am before leaving bleary eyed following the end of a gruelling campaign. 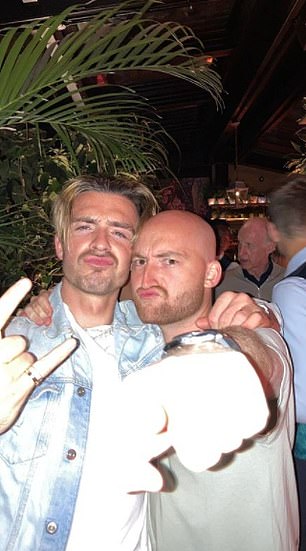 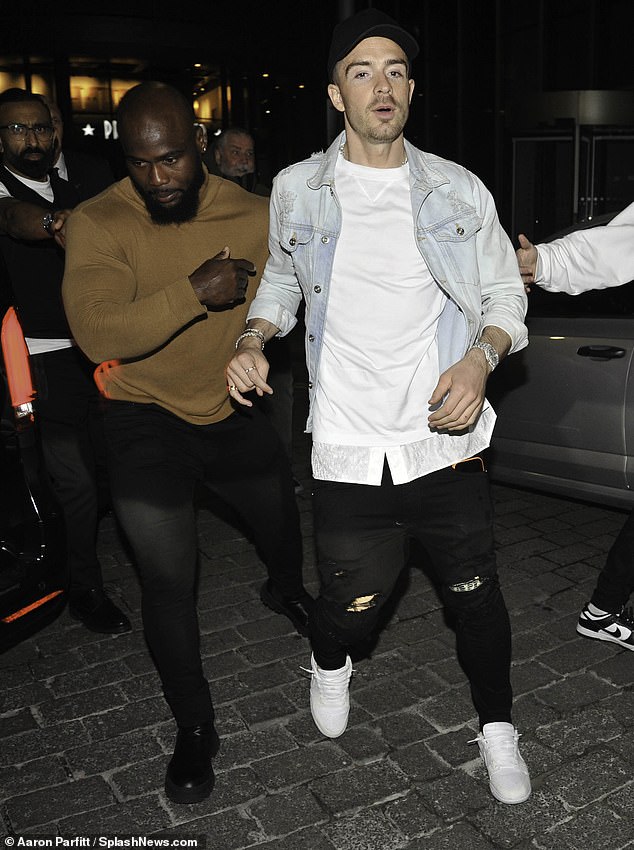 Grealish leaves the Ivy restaurant in Manchester at 3am, with some assistance from security 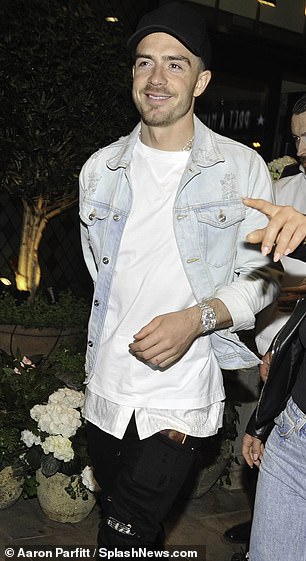 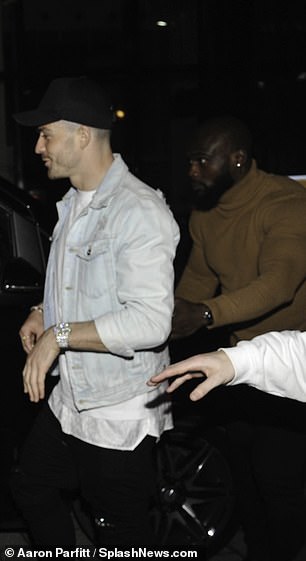 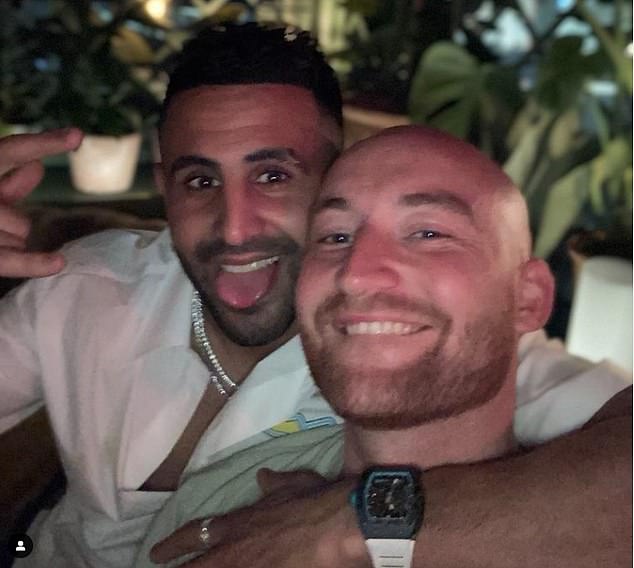 Jack Grealish certainly looked to have enjoyed the celebrations, as he stumbled out of the restaurant with assistance, having promised he would make the most of winning the Premier League for the first time in his career.

The midfielder’s post-match celebratory drinks had long since started before he even got to the Ivy as he posted a photo of him sipping a lager in the City dressing room with the caption ‘Ooffft the first of many’ while adding an emoji of a couple of beers.

Grealish then enjoyed the rest of the evening along with his team-mates at the Manchester restaurant, posing for pictures along with City’s kitman Brandon Ashton as the celebrations continued long into the night. 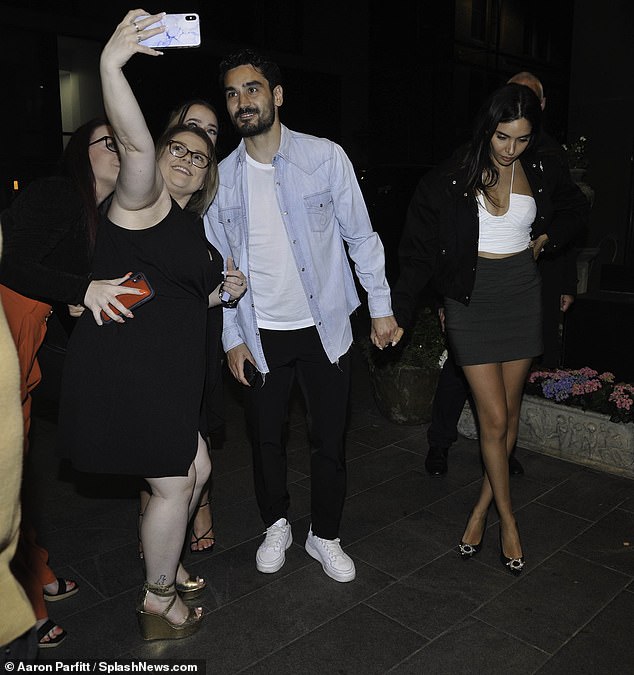 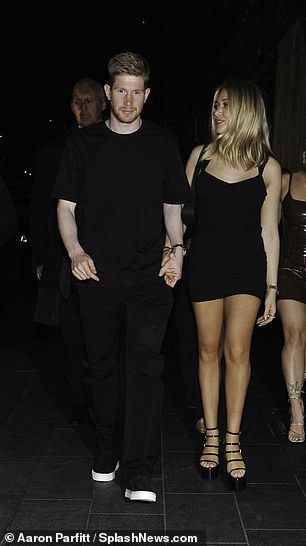 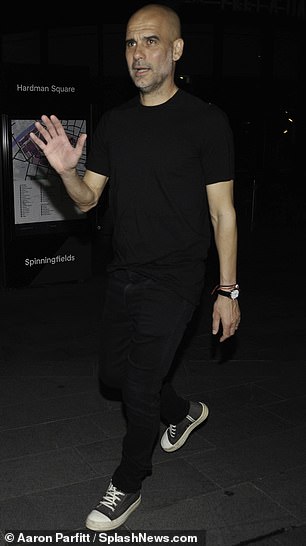 Post-match, £100million star Grealish had informed Sky Sports pundit Roy Keane that the celebrations would start immediately, before promising to go on for the next three nights at least.

During the post-match celebrations, Keane jokingly told Grealish: ‘Keep off the top shelf! Stick with beer.’

To which, the England international responded with: ‘Not for the next three nights, no chance, maybe four.’

Keane then added: ‘Enjoy it Jack, enjoy it, why not. Fantastic, well done.’ 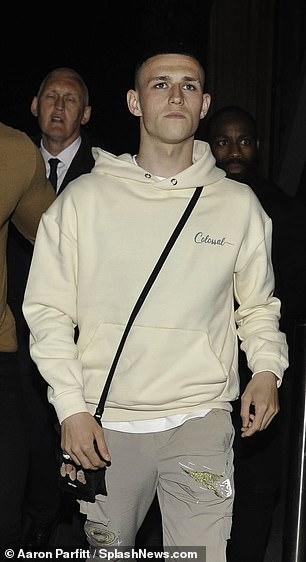 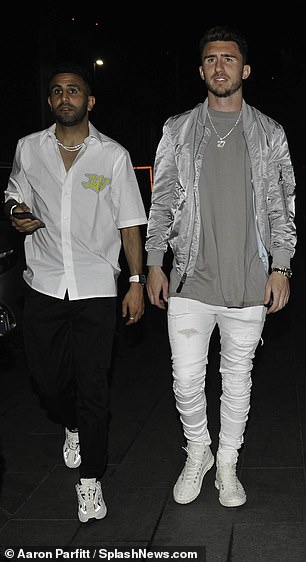 The punditry team of Keane, Jamie Redknapp, Gary Neville all joined in the jokes about Micah Richards joining Grealish celebrating.

Grealish also invited Neville and his daughter Sophie out to celebrate when prompted by former City star Richards on air.

Richards said: ‘Before you go, Jack, can you just say something to Sophie, she’s Gary’s daughter, she loves you!’

And Grealish joked: ‘What camera am I looking at? Hello Sophie, I hope you’re bringing your dad out tonight, and we’ll have a great night celebrating!’

Grealish was among those leaving in the early hours, with City stars having enjoyed pipping Liverpool to the title by just a point following an enthralling title tussle between the Premier League giants. 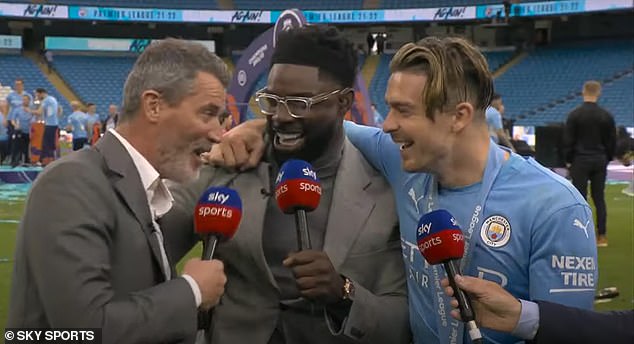 Keane (left), Micah Richards (centre) and Grealish joked about going out together

Grealish failed to play against his former side Aston Villa on the final day, with the England international having struggled to produce his best form during the campaign following his record-breaking £100m move from Villa Park last summer.

But the 26-year-old will hope to kick on next term having now achieved his dream of winning the Premier League.

The 26-year-old insists he ‘cried’ because winning the Premier League meant that much to him.

‘It’s unbelievable. After the third goal went in, I ran on the pitch because we were all celebrating and after that I just went straight down the tunnel, I was crying my eyes out. 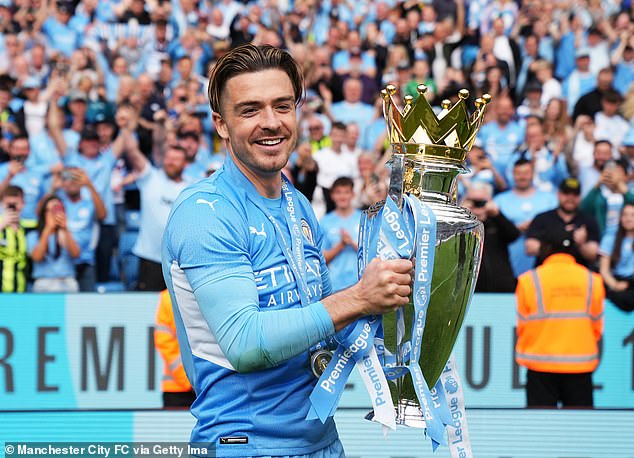 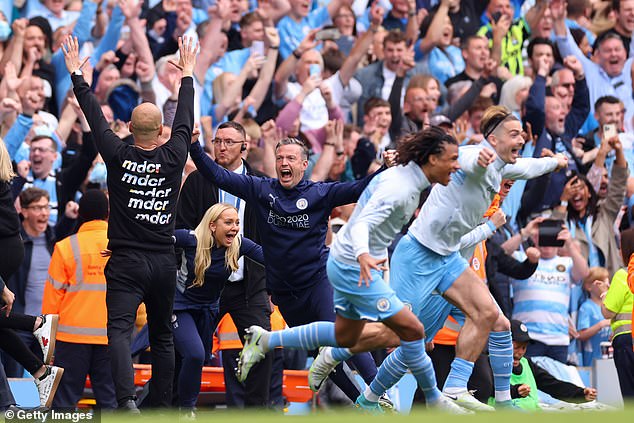 ‘When you’re a kid all you want to do is play in the Premier League and once you do that the next thing is winning it. I can’t put this into words, honestly.

‘We know how good of a side Aston Villa were, they showed it today but we know with our quality we can beat anyone. We did that in the last 20 minutes or so, I can’t put it into words.

‘It means everything – when I signed here people were saying to me “what do you actually want – to win the Champions League or the Premier League?” and for me it was always the Premier League. I’ve never won it before and I’m so happy.’