He still gets by on £2million a year, but the drop – mainly due to lower pensions and lower long-term bonuses – makes unrest unlikely when shareholders vote on executive rewards next month.

But there may be disquiet at Page’s comments in The Sunday Times saying positive discrimination means the successor to pay committee head Ishbel Macpherson has ‘got to be black… it drives me nuts’.

A dog’s life: Dechra Pharmaceuticals boss Ian Page still gets by on £2million a year

Still, the group has hired headhunters Audeliss to search for a new board director as Macpherson prepares to leave in the 2023 financial year.

Doubtless they will bear in mind that Dechra itself admits it must ‘work harder’ to broaden the firm’s diversity in the coming years.

Perhaps Page might do better to choose his words more carefully next time?

Unlike Dechra, AO World bosses may be in for a scuffle with shareholders over pay.

Proxy adviser Pirc has urged investors in the electrical retailer to oppose both last year’s pay and the policy setting pay rules for the next three years. 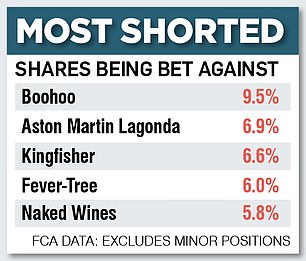 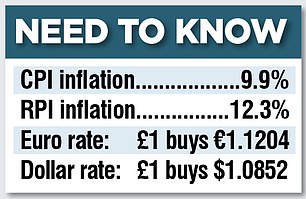 Pirc says incentive schemes could reach 300 per cent of salary – far above the recommended 200 per cent limit.

A revolt would be the latest of AO World’s woes, after a string of profit warnings and a struggling share price.

Diamonds may be for ever, but emeralds and rubies might be better for short-term returns, according to brokers at investment bank Liberum.

They were pleasantly surprised by Gemfields’ sales at a recent emerald auction, where the firm made £29million versus Liberum’s estimate of £13million.

It should be noted that Liberum is the house broker. It is adamant that higher prices are here to stay, although it is not tinkering with forecasts yet.

But a report it put out said sales have been so sparkling that there is ‘a distinct possibility we see a dividend or buyback announced’ at results due on September 29.

Perhaps there will also be some updates about the company’s long-held desire to open a sapphire mine.

Word is his nickname among industrials bods is ‘Turbofan’ – Turbo referring to his rapidity in turning around divisions.

Whether or not this moniker had ever been used in front of him, someone with a skillset that includes turbocharging growth could not be more valuable.

East’s tenure was marked by restructurings, though the pandemic tipped the group into what could charitably be called the financial deep end. Fasten your seatbelts.