An attempt by disgruntled minority shareholders to overthrow the board of oil and gas investment outfit Reabold Resources was dealt a blow after an influential advisory firm sided with the company.

Pershing Nominees, a group of investors holding nearly 7 per cent of shares, has requisitioned a meeting on November 17 in a bid to boot out the entire board, including co-chief executives Sachin Oza and Stephen Williams.

Trouble: Pershing Nominees, a group of investors holding nearly 7 per cent of shares, has requisitioned a meeting on November 17 in a bid to boot out the entire board

Pershing, which has board replacements lined up, claims there have been historic management failings and it insists that the company ‘must realise greater value from its projects’ – especially the huge West Newton oil and gas discovery in the Humber.

ISS further claims that the upstart group’s full business plan was disclosed too close to the meeting date.

Associated British Foods’ commitment to keeping Primark clothes at bargain prices will face a fresh test when it releases annual results on Tuesday.

ABF – which also owns Twinings and British Sugar – said in September that business in 2022 was on track, but steered analysts to lower forecasts in its next financial year.

Sales are expected to have risen 20 per cent to £16.7billion.

But will ABF’s promise not to raise Primark prices any further still be realistic as the cost-of-living crisis bites?

Frustration is evident at Belfast shipyard and gas storage group Harland & Wolff after a judicial review was pushed back to early 2023.

Eco-organisations No Gas Caverns and Friends of the Earth Northern Ireland are battling Stormont over its decision to let Harland & Wolff create a huge undersea gas storage facility near a popular Game Of Thrones filming location. 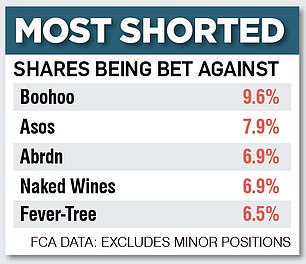 It would have a far bigger capacity than Centrica’s Rough site in the North Sea. The review was due to be held in winter 2022 but any hope of a pre-Christmas decision has now been dashed.

The activists say the project, near Islandmagee, would create a wildlife dead zone near a nature reserve.

The firm says this is temporary and the energy crisis shows more storage is vital for the UK. 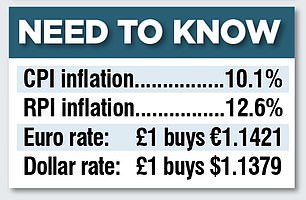 Sofas and carpets retailer ScS and its peers have all noted that we are now spending less on big-ticket buys like furniture and white goods.

ScS’s finance boss may also be feeling the squeeze after his pay plunged by a third.

Chris Muir received just over £700,000 in the last financial year, following a £1.2million package in 2021 which included a bumper long-term bonus.

But that could still buy him more than 100 of ScS’s most expensive corner sofas, which cost £6,399.

Chief executive Steve Carson took home £711,000 – more than the £580,000 the year earlier, although he joined part way through that year.