Eagle-eyed watchers of De La Rue’s share price will have noticed a spike after Queen Elizabeth II’s death in September.

While that may sound ghoulish, investors in the UK’s banknote maker were quick to pick up on the fact that King Charles III might exercise his right to set the printing presses whirring with new fivers, tenners, twenties and fifties adorned with his portrait.

Frugal: Whispers has learned that the eco-friendly King has decided that wallets full of new banknotes would be wasteful

But the boost to its shares, which have fallen more than 50 per cent in the past year, didn’t last long.

Whispers has learned that the eco-friendly King has decided that wallets full of new banknotes would be wasteful, and only wants ones with his image to be printed gradually, to replace those soon to go out of circulation.

De La Rue’s stock took another knock this week, with news on Friday that it had been implicated in a corruption investigation into India’s former finance secretary.

It denies all allegations.

Gem miner Petra Diamonds last week revealed that 145 people were still homeless after a dam wall holding toxic waste at its Williamson mine in Tanzania burst in November.

Petra says it may need ‘additional financing options’ – which may mean more cash – in the wake of the tragedy. Repairs could be costly but production is expected to restart in 2024. 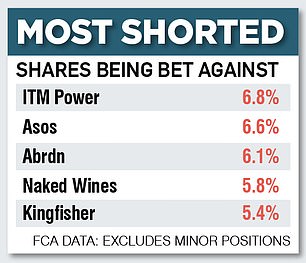 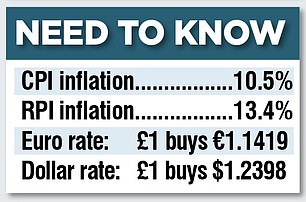 Let’s hope by then it has sorted out the problems facing locals and hasn’t incurred more costs for housing and humanitarian relief.

Gold miner Centamin has had a turbulent few years but a spike in its shares and a favourable ruling in Egypt against a challenge to its flagship mine have given it a boost.

So much so that chief executive Martin Horgan is keen for the FTSE 250 group to enter new countries.

It already has interests elsewhere. No new deals are in the offing at the moment, but Horgan is keeping his ear to the ground.

The only condition? Centamin could only set up shop in countries safe enough for his wife to be happy for him to work there, says Horgan.

The father of three is thinking Namibia, Tanzania and Ghana rather than places such as Mali, which the Foreign Office warns against travelling to.

He has overseen three years of sluggish sales growth at the Dove soap and Ben & Jerry’s icecream maker, and is under fire from big-name investor Terry Smith.

So Jope may have been pleased to hear Jefferies analyst Martin Deboo choose Unilever as its ‘key pick’ of European food groups this year and jack up the target price for its stock by 15 per cent.

One of the reasons for Jefferies’ upbeat take? The upcoming ‘change of CEO’ at the end of 2023.