Same-sex couples will be able to have their civil partnership or marriage blessed in Church in Wales churches following a vote.

The bill, which was passed by members of the Church in Wales’ Governing Body at a meeting on Monday, allows for a blessing service only, as same-sex couples are unable to marry in church.

It proposed that the service should be used experimentally for five years, with individual clergy able to decide whether or not they wish to lead it.

All three orders of the Church in Wales’ Governing Body – the bishops, the clergy and the laity – voted by at least the two-thirds majority required to pass the bill.

Members spent the first day of their three-day conference at the International Convention Centre Wales in Newport debating the bill.

Gregory Cameron, the Bishop of St Asaph, welcomed the vote but acknowledged there was ‘a journey still to be taken’.

‘I come out of this debate with no sense of triumph but believing that the Church in Wales has done the right thing under God for the LGBTQIA+ community,’ he said.

‘The Church has spoken decisively today in favour of blessings. There is a journey still to be taken but I hope that we can do it together with all the wings of the Church.’ 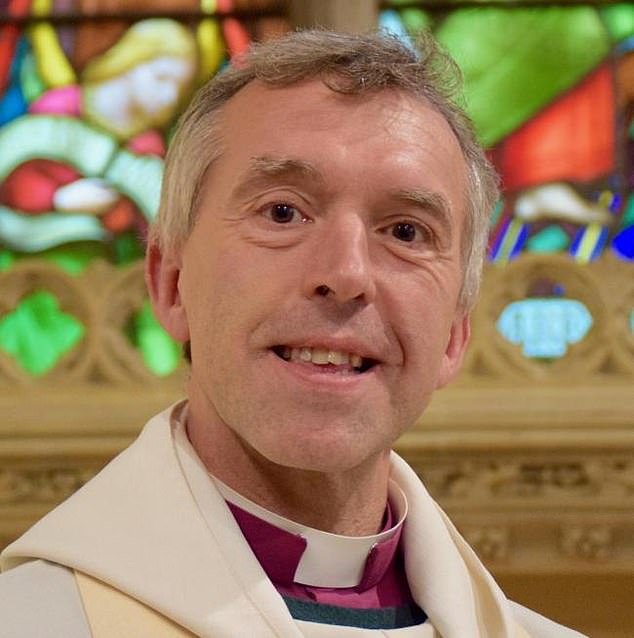 Speaking in his keynote address before votes were cast, Bishop Andy John (pictured), the Senior Bishop of the Church in Wales, acknowledged that some would regard the change as a departure from the word of God

After the Church of Wales announced that the motion had been passed, the Bishop of Liverpool, Paul Bayes, tweeted to say: ‘This is a good decision. The Church in Wales is following its mission to Wales, just as the Church of England is called to shape its mission for England.

‘Part of a world communion, and there for the actual people we are sent to serve, in all their rich and God-given diversity.’

Speaking in his keynote address before votes were cast, Bishop Andy John, the Senior Bishop of the Church in Wales, acknowledged that some would regard the change as a departure from the word of God.

‘But every development is to some degree a departure; something changes whenever there is a new expression of practice,’ he told those at the meeting. 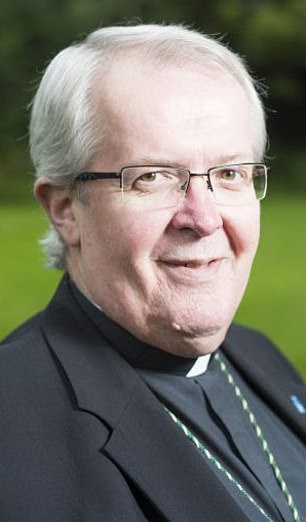 Gregory Cameron (pictured), the Bishop of St Asaph, welcomed the vote but acknowledged there was ‘a journey still to be taken’

‘And even when such a change appears consonant with a stated position, it is nevertheless a change.

‘When the church changed its position on forbidding meat with blood in it, or saw that slavery in all and any form was wicked, there was change.

‘The ‘authority of the eternal yesterday’ must not be a millstone around our necks but provide a basis for a courageous embrace of what God is doing in the world around us. Mission always lies at the heart of faith.

‘And being alive to God, to what might happen next, is part of remaining curious and open to new opportunity.’

In an explanatory memorandum the bishops, who introduced the bill, said its approval would mean that the ‘loving and faithful commitment’ of same-sex couples who had married or had a civil partnership was ‘worthy of acceptance by the Church’.

They described it as ‘step on the way towards repentance of a history in the Church which has demonised and persecuted gay and lesbian people, forcing them into fear, dishonesty and sometimes even hypocrisy’.