EXPRESS INFORMER > Cars & Bikes > Chunky, economical and practical: A new model of Ignis is being unveiled at the Tokyo Motor Show

Eyes will turn East this month for the Tokyo Motor Show, where cars that will soon be on sale in Britain share space with some of the most outlandish designs on the planet.

One car that caught my eye as an option for families seeking economy and practicality comes from Suzuki.

It is unveiling the chunky production version of a new Ignis compact sports utility vehicle to go on sale here from 2017 after its launch in Japan. Just 12ft 6in long, the Suzuki city crossover is aimed at taking on the Fiat Panda 4X4 and will be available in two-wheel and four-wheel drive.

Just 12ft 6in long, the Suzuki city crossover is aimed at taking on the Fiat Panda 4X4

Expect prices between £12,000 and £13,000 as Suzuki makes its first foray into the city crossover market.

The Ignis badge will be carried on cars sold in Japan, but I’m told the firm is still considering alternative names for the UK. It will be powered by a frugal 1.2 – litre petrol engine and there will be a petrol-electric hybrid option.

Suzuki is also showing off a prototype Ignis-Trail that the firm says offers ‘even greater rough-road ruggedness’. This is enhanced by large diameter wheels and bold wheelarch mouldings.

Quirky Suzuki concepts include a bright yellow super-mini with a canvas roof and open load deck for town and country use.

There are shades of Volkswagen in Suzuki’s mini campervan called the Air Triser. It features lounge-style seats that can be arranged as a U-shaped sofa or placed face to face.

A new Suzuki Baleno compact hatchback will also be on sale in Britain from next summer, from about £10,000. It promises plenty of space for four people as well as luggage to enjoy long journeys in comfort. Engines will include a newly developed turbo-charged one-litre direct-injection, and the 1.2-litre Dualjet engine.

Nissan is also showing its funky prototype Gripz hybrid crossover, which it says aims to ‘blend the ability and practicality of a compact crossover with the excitement and performance of a sports car’. Nissan’s PlayStation-inspired 2020 Vision Gran Turismo is also on show for the supercar lovers.

With all the fuss about Volkswagen’s emissionsrigging scandal still swirling around, second-hand car website Auto Trader has revealed that the fastest-selling used car in the key registration plate-change month of September was a VW diesel.

Prices have been announced for the sleek new C-Class Mercedes-Benz Coupe, which will be going on sale from £30,955. In contrast, the range-topping Mercedes-AMG C63 Coupe – with a seven-speed automatic gearbox linked to a four-litre bi-turbo V8 engine developing 476 hp and with the ability to accelerate from rest to 62 mph in just four seconds – will cost £61,160.

The one-off Aston Martin DB10 – created specifically for the new 007 movie Spectre – will be one of the attractions at the annual free-to-view Regent Street Motor Show in London on Saturday, October 31.

The annual event is expected to attract up to 350,000 visitors and the street is closed to traffic for the day, allowing cars from the past, present and future to be displayed for all to enjoy. 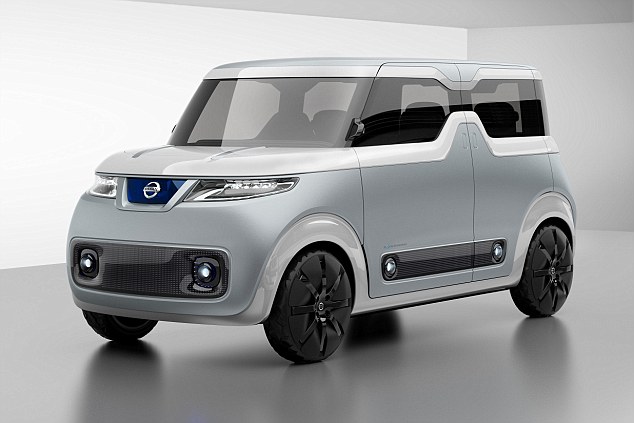 Even some of the wackiest designs at the Tokyo Motor Show seem to make it on to the road.

Take Nissan’s boxy and theatrical Teatro For Dayz designed by the Japanese car maker for the digital generation who, it says, are not too fussed about owning cars.

This electric model with a huge battery is like a smartphone on wheels filled with high-tech kit to keep the car and its passengers connected.

Before you fire it up, all you see are white seats, a flat screen that is the dashboard, a steering wheel, accelerator and brake. Once switched on, drivers can design the instrument panel and passengers can connect to the internet. Nissan product manager Hidemi Sasaki said young people prefer sharing experiences to owning a car: ‘The generation now getting their driving licences has always been connected through digital devices, email, social media and so on. They tend to look beyond the car’s basic role. They want a car to be a versatile tool for creativity like their smartphone.’ Pie-in the sky? That’s what some said once about air-bags, satnav and driverless cars. 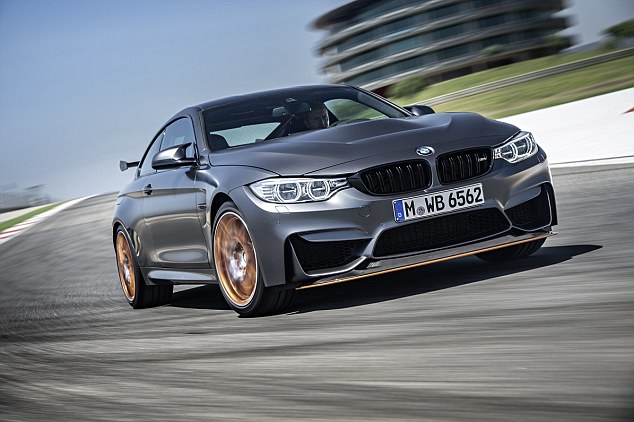 BMW is launching its fastest production road car. The M4 GTS goes from rest to 62mph in 3.8 seconds thanks to a three-litre, sixcylinder, twin-turbo petrol engine with 500 hp. Just 700 are being built, of which 30 are coming to Britain from March, priced £120,770.