CHRISTOPHER STEVENS reviews the weekend’s TV: It takes a spymaster in a lady’s dress to liven up SAS exploits

By Christopher Stevens For The Daily Mail

Pearls awry and eyeshadow smeared across half of his face, Dominic West staggers from his bed in a velvet dress and takes a reviving slug of whisky.

You’d be forgiven for thinking this was yet another libellous invention from The Crown, where West plays the future King Charles III as an obsessively vain and treacherous plotter. This time, though, the Old Etonian actor is taking liberties with a very different real-life figure, the Cairo spymaster Dudley Clarke, in SAS Rogue Heroes (BBC1).

Whether the brigadier was actually a cross-dresser is disputed. Early in the war, Dudley was arrested in women’s clothes, which he claimed to be wearing for an undercover operation — though a photo of him in high heels and elbow-length gloves suggests it wasn’t a convincing disguise.

I suspect writer Steven Knight was inspired by Lawrence Durrell’s Alexandria Quartet and the character of Lieutenant Commander Scobie, a British spy in Egypt with a penchant for hanging round the docks in ladies’ clothing.

Wherever the idea came from, West’s intervention gives the story a much-needed twist. Without him, SAS Rogue Heroes is in danger — despite the frequent explosions of violence and the poetic flights of verbose dialogue — of becoming a bit monotonous.

All the other characters want one thing: to kill Nazis. This was summed up in a segment where aristocratic maverick David Stirling (Connor Swindells) rounded up recruits. To earn a place in his special forces unit, all a soldier had to do was declare an unquenchable loathing of Germans. 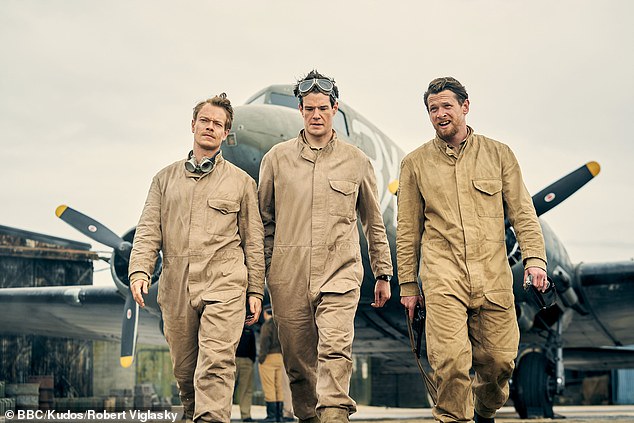 Stirling’s chief allies, brawler Paddy Mayne (Jack O’Connell) and uptight Jock Lewes (Alfie Allen), are united in the same ambition. So are the blimpish generals and the sultry French spy Eve (Sofia Boutella). They might have different ideas about the best way to go about winning the war, but none of them has anything else on their minds. There are no subplots, no distractions.

Stirling’s sole plan is to blow up Luftwaffe planes on the ground, like shooting grouse before they have a chance to take flight, and by the time he’d explained this for the eighth time it was getting wearisome.

West, as the wildly theatrical and selfish eccentric Dudley, livened the proceedings up. Stirling is so determined that we know he’ll carry off his scheme, even if it gets everyone killed.

But Dudley is capable of sabotaging everything and everyone, including himself. That’s much more interesting.

Proceedings were in urgent need of some livening up in Black Sands (Alibi), a detective serial from Iceland that moves about as quickly as a melting glacier. Aldis Amah Hamilton, who also co-writes the show, plays detective Anita Elinardottir, who returns to the coastal town where she grew up, just in time to lead an investigation into the death of a German tourist. 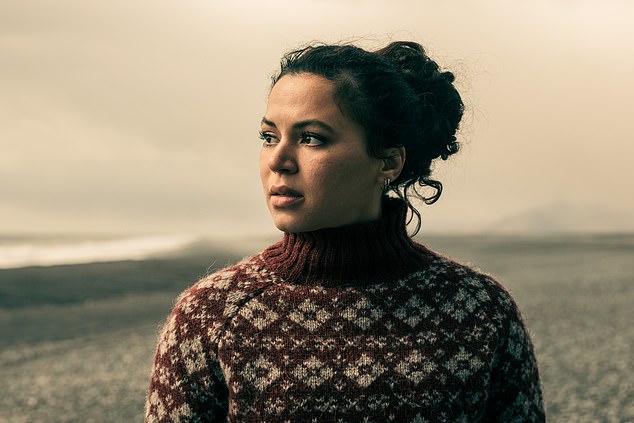 Even by Scandi-noir standards, the first episode was uneventful, until the last moments. Our heroine had been shopping at the local supermarket and flirting with the cashier for about ten minutes when a woman staggered into the shop, raving and covered in blood.

Worse still, she spoke no Icelandic! Can you imagine?

Fans of Arctic Circle crime thrillers can overlook uneven pacing, but the behaviour of the police in Black Sands creates a far more uncomfortable problem. Standing guard over the dead woman, two young officers joked about whether they thought she was attractive.

In the wake of sickening news stories about police sharing photos of female murder victims, such callousness is difficult to forgive.