Louis Theroux: Life On The Edge

Out in the gardens of Highgrove, Gloucestershire home to the Prince of Wales, the hollyhocks and late hydrangeas are murmuring to each other: ‘People said Charlie was mad to talk to the likes of us. They’re not laughing now!’

His Royal Highness is equally aggrieved on his own behalf.

For decades, he complained to Alan Titchmarsh on Love Your Weekend (ITV), people have been calling him ‘loony’ and ‘potty’ for his views on organic farming and for foibles such as talking to his plants.

No one heeded his warnings on the dangers of large-scale habitat destruction and agri-chemical farming — and now: ‘Nature comes back and hits us in the teeth, big time,’ said the Prince. 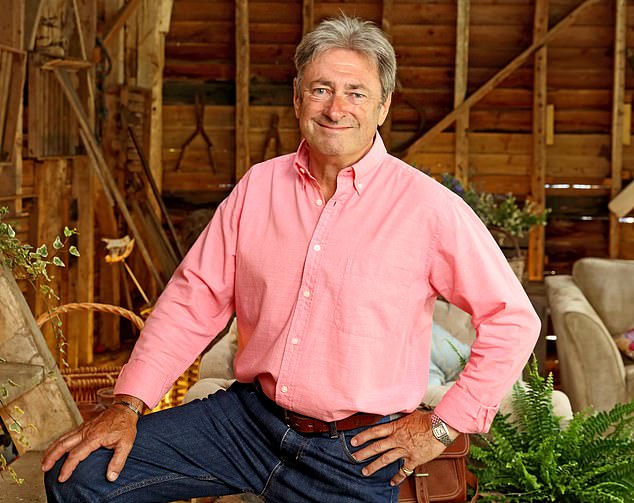 For decades, he complained to Alan Titchmarsh on Love Your Weekend (ITV), people have been calling him ‘loony’ and ‘potty’ for his views on organic farming and for foibles such as talking to his plants

Alan was clearly proud of this interview, served up as the crown jewel in his new, two-hour Sunday morning show. But it wasn’t recent — he recorded it back in 2010.

No matter. Two hours takes a lot of filling, and Alan was shovelling telly ballast like he was spreading muck on the rose bed.

In went a segment about a woman who makes realistic mushrooms from embroidered cloth, followed by a visit to Britain’s first organic, halal livestock farm.

Actress Lesley Joseph read a paean to a tree. We had advice on keeping hens, with carpenter Vicky showing us how to make a fox-proof coop.

Gardener David urged us to put cat food out for hedgehogs.

Bizarrely, he suggested placing a brick in front of the dish to deter cats, which raises some slight doubt as to whether David has ever met any cats in real life.

Lord Montagu, staring at a fixed point some distance above the camera, read a message inviting us to come and see the classic cars at Beaulieu.

A viewer sent in a photograph of a moth, which was only slightly out of focus.

We watched a short video by Tilda Swinton, of her three springer spaniels playing on a beach — proving conclusively that dogs owned by Oscar winners are indistinguishable from dogs belonging to less illustrious people.

All this, and still there was time to spare. Fortunately, Strictly judge Craig Revel Horwood was on hand to read us an excerpt from his novel, about a gay teenager who dreams he is being chased by a T-Rex.

And Alan conducted a socially distanced interview with his special guest, Jason Donovan.

Sitting a healthy two metres apart, they compared photos of themselves from 30 years ago. 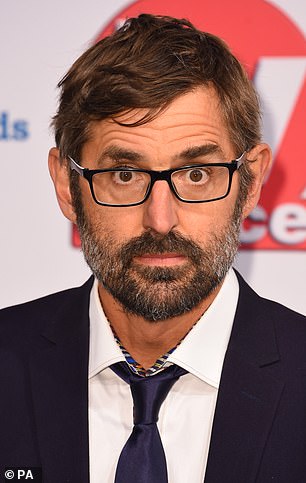 He didn’t look as juvenile as Louis Theroux, who seemed about 13 in his first appearances on Michael Moore’s TV Nation in the mid-Nineties

Young Alan was sporting a lustrous mop-top. ‘It looks like I’m wearing a busby,’ he mused.

He didn’t look as juvenile as Louis Theroux, who seemed about 13 in his first appearances on Michael Moore’s TV Nation in the mid-Nineties.

Louis was digging out videos of his earliest shows for a retrospective, Life On The Edge (BBC2).

The camera followed him crawling around his attic, trousers sagging to display the elastic of his Next underpants — the intellectual’s equivalent of a builder’s bum.

More than 20 years old, his Weird Weekends series has aged well. Louis hadn’t yet learned that knack of staying silent and letting his interviewees tie themselves in knots.

But he was admirably calm in the face of some truly scary people.

How he held his nerve, though, with a family of Californian white supremicist skinheads, when they suspected he was Jewish, was truly impressive.