Bradley Walsh’s How To Win A Game Show

Devon And Cornwall At Christmas

There’s one every Christmas — attractively packaged, intriguingly wrapped, big and glittery and exciting, a present you can’t wait to see . . . and that turns out to be a great fat disappointment.

This year it was How To Win A Game Show (ITV), hosted by the king of quiz hosts, Bradley Walsh. What a smasher it sounded. Brad was going to teach us how to get picked for telly’s big money competitions and walk away with the top prizes . . . or so it seemed. 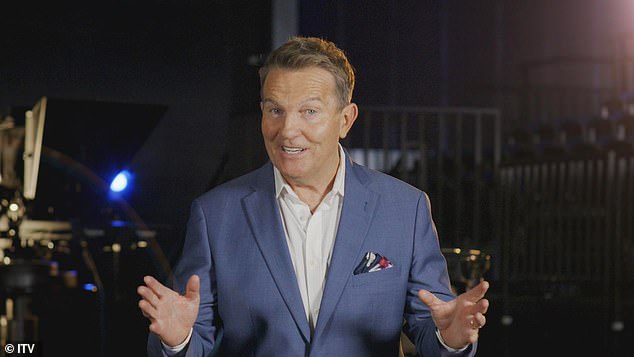 Brad was going to teach us how to get picked for telly’s big money competitions and walk away with the top prizes . . . or so it seemed

Instead, all we got was a tatty compilation of excerpts from the sort of Saturday night fare known in the business as ‘shiny floor shows’, including some so obscure that I’d forgotten they’d ever existed.

Honestly, does anyone remember watching Ant and Dec’s PokerFace back in 2006? The boys appear to recall it fondly, probably because they came up with the format themselves. But the game was a dud: players faced general knowledge questions and pretended to know the answers, whether or not they really did.

Brad claimed the show taught us a valuable lesson about ‘holding your nerve’ in front of the cameras. But the only clip that was worth repeating was the reaction of winner Sarah, who bagged £1 million and flung herself bodily at Dec like she’d won him, too. Looking back at the moment, Ant smirked wickedly and asked his pal: ‘You were single back in those days. Anything happen?’ ‘Nah,’ sighed Dec. ‘She had a million quid, she was off.’

Another of their game shows, from even earlier in their careers, was called Friends Like These. Contestants had to complete challenges such as threading a row of needles and knocking down a skittle with a ball.

Fair to say that Ant and Dec didn’t command the sort of budgets back in 1999 that they get now for Saturday Night Takeaway.

Snare roll of the weekend

‘I do love to drum,’ said Macca, on Idris Elba Meets Paul McCartney (BBC1), ‘I have done for years.’

Is that what John Lennon was thinking of when he snidely remarked: ‘Ringo isn’t even the best drummer in The Beatles’?

But there was nothing to be learned from this, nor from the spectacle of a dog playing snooker on Danny Baker’s Pets Win Prizes.

It was left to Stephen Mulhern, host of Catchphrase, to dish out the only useful advice of the hour: ‘Watch the shows, do your homework, be cool under pressure.’

Bradley was less helpful. ‘You’ve just got to be lucky,’ he shrugged. Might as well stick to the lottery, in that case.

Luck has nothing to do with it for James and Sarah, growing Christmas trees on the land that his family has farmed for 500 years on the Lizard Peninsula.

The couple, who have a 20-month-old toddler called Tristan, work all year round to produce bushy pines and firs for the festive season. Devon And Cornwall At Christmas (C4) revealed how much hard labour goes in to keeping the trees healthy. A full-size specimen typically requires seven years of tender care. Think of that next month, when you’re dragging yours outside for the bin men.

Funnily enough, the mild winters at the furthest tip of England suit Christmas trees ideally. They don’t like frost. Now you wouldn’t have guessed that.

The rest of the hour was a gentle meander along the West Country coastline last December. Hardy surfers braved Atlantic breakers off Newquay. Plucky fishermen set out in freezing weather to collect their lobster pots, while on Exmoor the shaggy wild ponies galloped for the fun of it.

These were charming glimpses of normality. How we miss it.