Every time, it happens. The builders start work. The electrics go off, a floor comes up, maybe part of a roof disappears.

After a couple of days, one of them yells, ‘Chriiiis!? Your eight-by-four lower brickwork ratcheting is gonna need some extra liner notes. And some stanchions, prob’ly. We’re just going down to the suppliers, shouldn’t be more’n half an hour.’

They won’t be back this week. 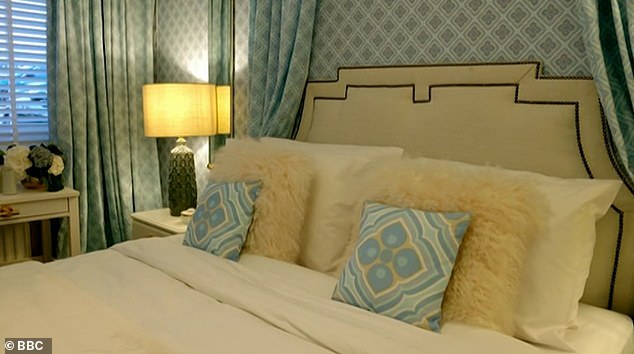 Every time, it happens. The builders start work. The electrics go off, a floor comes up, maybe part of a roof disappears

Nobody does that on DIY SOS: The Big Build (BBC1). Grizzled Nick Knowles and his battalion of volunteers turn up at a house, bundle the residents off to a hotel, scribble some plans for renovations on the back of a fag packet and, nine days later, reveal the transformation.

This time, at the Devon home of former soldier Jan, wife Lucy and their five children, the SOS crew excelled themselves.

They gutted the place. Every radiator, stick of furniture and even the bath came out.

Two of the couple’s daughters, Daisy and Amber, were gravely ill with drug-resistant kidney failure and needed 70 hours of dialysis a week.

There simply wasn’t space to treat them both at home — or rather, the space was there but it was inconveniently partitioned with walls and whatnot.

So the walls came out, too. Despite the magnitude of the rebuild, every man-jack on the job was cheerful. Some, like foreman Jules, were positively ecstatic. 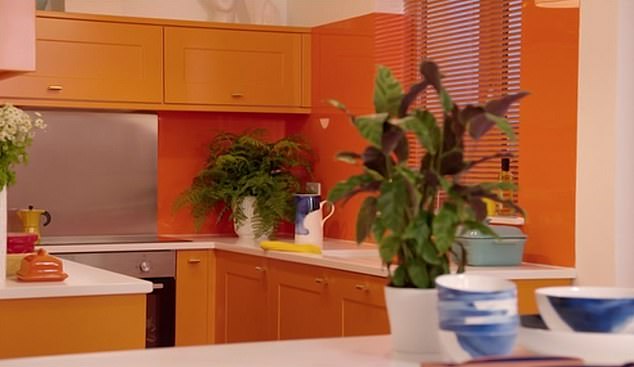 Grizzled Nick Knowles and his battalion of volunteers turn up at a house, bundle the residents off to a hotel, scribble some plans for renovations on the back of a fag packet and, nine days later, reveal the transformation

Jules skipped around the garden whistling, and giggled as he squeezed his beer belly in and out of the cabin of a mechanical digger. If Buddha was a builder, he’d look like Jules.

All this was filmed in the Happy Times, that summer of 2019 when the temperatures hit 100˚f.

Nick’s workforce competed to prove how unbothered they were by heatstroke, scoffing piping-hot pasties and skipping some more.

I’m struggling to understand how Nick does it. He’s got a face like a collapsed sock, so wrinkly it needs darning, but wherever he sets foot people hurl themselves into their tasks.

Eye-in-the-sky of the week

‘The helicopters were sharks, news stories were our prey,’ she said in Whirlybird: Live Above LA (BBC4). Essential viewing for TV news junkies.

The result was simply astounding, a masterpiece of design. That fag packet should be preserved for posterity.

He professed himself speechless, then promptly made a speech that resonates even more in 2021, under the dramatically changed circumstances of Covid, than it did 18 months ago: ‘I have no doubt in my mind everyone here’s probably fighting a battle of their own. This is real life, this isn’t a group of people who haven’t got a care in the world — and you’ve still come to us to help us and give us what you can. How do I say “thank you” for that?’

If you can’t get the SOS team and you’re going to tackle the job yourself, Jay And Dom’s Home Fix (BBC1) is back with some tips from the archives.

This time, handymen Jay Blades and Dominic Chinea found clips of Sarah Moore scrubbing up a set of bedside drawers five years ago on Money For Nothing, and Sally Gray making an ottoman back in 2001.

We got an 11-year-old clip from Gardener’s World, too, on building a herb garden.

Given how much material there must be in the vaults, these excerpts were decidedly underwhelming. How were they selected?

I suspect Jay and Dom played a version of Supermarket Sweep, giving themselves 90 seconds to dive into the BBC cellar and pick a handful of VHS mastertapes at random.

The links between these clips looked like they were shot on a mobile phone. Come on, boys, you can do better than that.