EXPRESS INFORMER > News & Politics > CHRISTOPHER STEVENS: If only all the stars could be like Mr Sheen and bring a sparkle

CHRISTOPHER STEVENS reviews last night’s TV: If only all the stars could be like Mr Sheen and bring a sparkle

The Magical World Of Julia Donaldson

Dear Santa, all I want for Christmas is a world where every celebrity interviewee natters away like Michael Sheen. How easy the life of a showbiz journo would be then.

The star of Good Omens, Frost/Nixon and The Queen, whose impersonations of Tony Blair are fabled, slid into the passenger seat of Jennifer Saunders’s E-Type Jaguar on Memory Lane (ITV). He started talking. He didn’t stop. 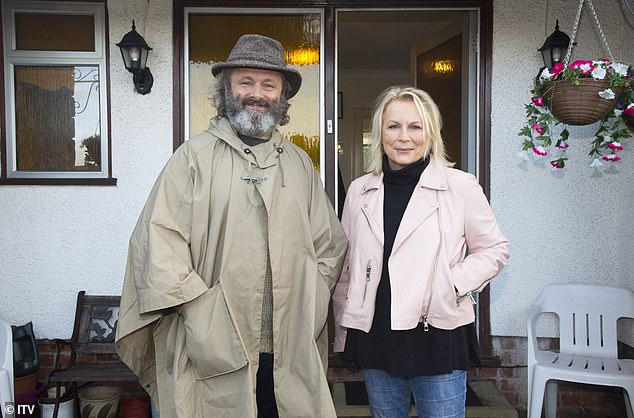 Port Talbot lad Michael puts the Gower into ‘garrulous’, the Cymru in to ‘conversation’.

Jennifer barely had to ask a question, which was handy since the current trend for sending actors to do interviews is not a wise one. The art of coaxing great chat from a telly star takes experience and practice — and it doesn’t suit performers who are more accustomed to working from a script.

Idris is a brilliantly menacing actor and the only celeb I can think of who is named after a Mediterranean island, but neither of these qualifications counted for much when it came to asking questions.

Half the time he was talking about himself. At one point he produced a guitar, announced he was learning to play, and asked Macca to close his eyes and identify chords. It was simultaneously embarrassing, insulting and boring.

Sir Paul, ineffably charming as always, played along, but he plainly wished he was somewhere else.

Hot reaction of the night:

Robin the Caveman (Laurence Rickard) started grunting with excitement like Tarzan when a match was struck, in Ghosts (BBC1). ‘Sorry,’ he muttered, regaining control of his emotions. ‘It still gets me!’ Asides like that make this sitcom such a delight.

No such problems for Mr Sheen, who didn’t need questions. Jennifer brought along some props, such as Michael’s first publicity photo and a flyer from the burger drivethrough where he worked after leaving school — but she could just as easily have left him alone in a room with a chair and a naked light bulb. He would have talked incessantly in any case.

Whether the format will be as successful with other subjects remains to be seen. A sports car might prove a handy way of maintaining a social bubble, so that Michael and Jennifer could converse without wearing masks, but it’s more suited to chit-chat than meaningful reflections.

Michael was magnanimous about staying in the passenger seat. Most blokes, offered a ride in an E-Type, would be itching to drive.

Julia Donaldson’s husband Malcolm was happy to remain in the passenger seat, too. He cheerfully admitted that when his wife decided to write a book about a Gruffalo, he suggested she’d be better off with a tiger. Luckily, nothing rhymed with tiger — though The Magical World Of Julia Donaldson (BBC2) revealed she also considered a Grubstrip, a Snargler, a Tyglophant, a Shroop and a Marglechimp.

Her ingenious verses are illustrated by Axel Scheffler, who was also seen at work. ‘I realised years ago that Axel was a genius,’ chortled Malcolm candidly, ‘but it took me a lot longer to realise my own wife was a genius.’

To see Julia’s notebooks, bursting with ideas in pencil, and to hear how they evolved into tales such as Room On The Broom and Stick Man, was engrossing.

More affecting still were the couple’s bittersweet memories of their oldest son, Hamish, who developed schizophrenia in his teens and died from suicide aged 25. ‘We’ve really been through the wringer,’ said Malcolm, without self-pity.

Quite apart from being a profile of a bestselling author, this was a portrait of a happy marriage. Julia gave us the recipe: ‘Marry the right person in the first place.’