By Jarret Thomas Sackman For Dailymail.Com

Christina Aguilera posted on Instagram Monday, documenting her fun night out in Miami over the weekend for Billboard’s Latin Music Week.

The pop superstar rocked a black bustier top, matching black pants and vinyl trench coat for the event’s premiere party, where she was on hand to discuss her new music.

Accessorizing her look with oversized gold-and-diamond hoops, the 41-year-old singer discussed her return to Latin music.

Flawless at 41: Christina Aguilera posted on Instagram Monday, documenting her fun night out in Miami over the weekend for Billboard’s Latin Music Week

Speaking with Billboard’s Senior Editor Lyndsey Havens at the Faena Forum, Christina opened up about her past while returning to her Latin roots with her latest album Aguilera.

Originally released in May of this year, the trilogy album dropped its third and final ‘chapter’ La Luz on September 29.

‘I witnessed a lot of various forms of abuse and whatnot,’ the star said of her difficult childhood. ‘We have the right to feel how feel, and then I think it’s important to move on from it and choose to move forward into the light. That’s what La Luz is about.’

La Luz joins forces with the album’s previous two installments, La Fuerza and La Tormenta, to pay tribute to Aguilera’s heritage, her youth, her troubled relationship with her Ecuadorian father and the connection she shares with her children. 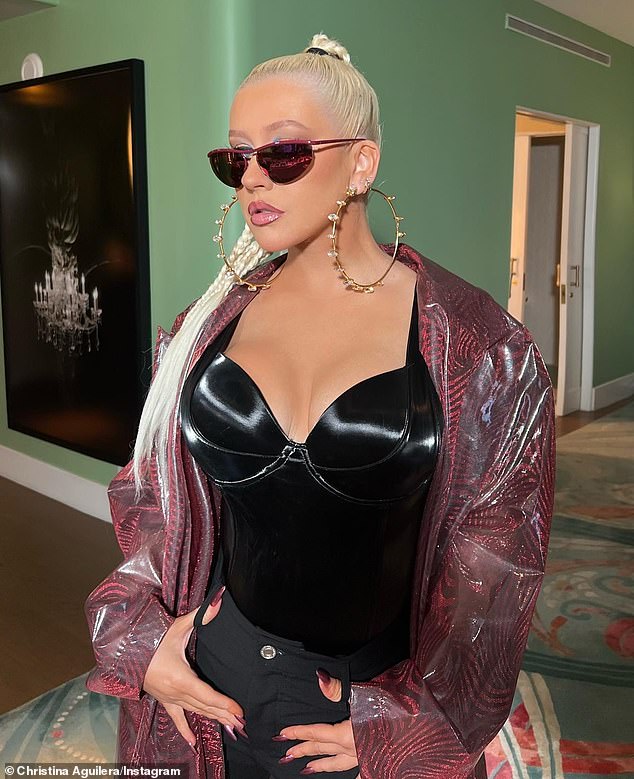 Bustier boost: The pop superstar rocked a black bustier top, matching black pants and vinyl trench coat for the event’s premiere party, where she was on hand to discuss her new music 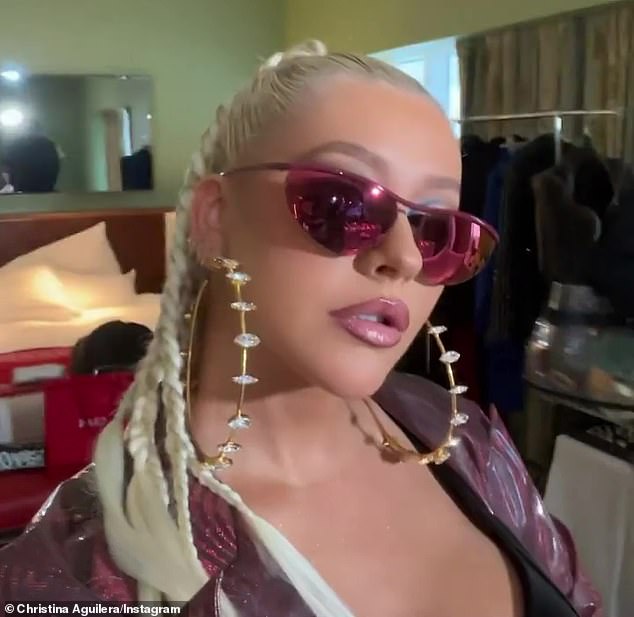 Circling back: The Candyman songstress accessorized her look with oversized gold-and-diamond hoop earrings. She later discussed on stage at the event’s premiere party about coming full circle in her career by returning to her Latin roots

‘It’s important to come full circle and make peace for yourself,’ she said, ‘so that you can be the healthiest and the strongest you can be for yourself, and also for my children.’ The Dirrty singer has described La Luz as one of the most personal projects that she has ever worked on and that it helped reignite her passion for music.

‘I actually am re-inspired by music all over again, making this album,’ the Burlesque star told People in July of last year. ‘This album is a coming-full-circle moment for me. It’s been something I’ve wanted to do for so many years.’

This latest collection of music is Aguilera’s first full-length Spanish album since the release of 2000’s Mi Reflejo. Mi Reflejo was the best-selling Latin pop album that year, selling 2.2 million copies worldwide and spending 19 weeks at the top of Billboard’s Latin charts. 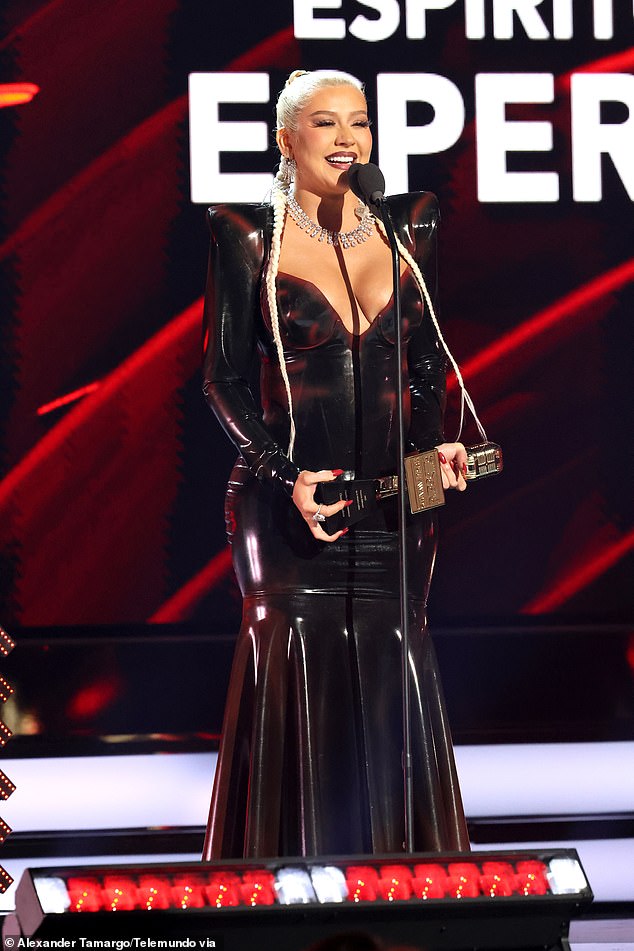 On stage: Aguilera on stage at the Watsco Center in Coral Gables, Florida

The megastar teared up on stage as when discussing a song called No Es Que Te Extrañe, describing its music video as ‘the most personal video I’ve ever made and will ever make ever again.’

In addition to opening up about her emotions surrounding her new music, the mogul was also on hand to promote her latest business venture Fun Wine, which sponsored the premiere party. Serving as the brand’s Chief Culture Officer, Christina can be seen in her Instagram post flaunting bottles of the low-calorie, fun-flavored wine.

‘Only the fun live forever,’ is the company’s motto and this was certainly echoed by its star CCO. ‘A fun night in Miami,’ she captioned the post, tagging the brand that makes a chardonnay flavored with coconut and pineapple. Christina will soon be having more fun as Aguilera the album has recently received seven Latin Grammy Award nominations. 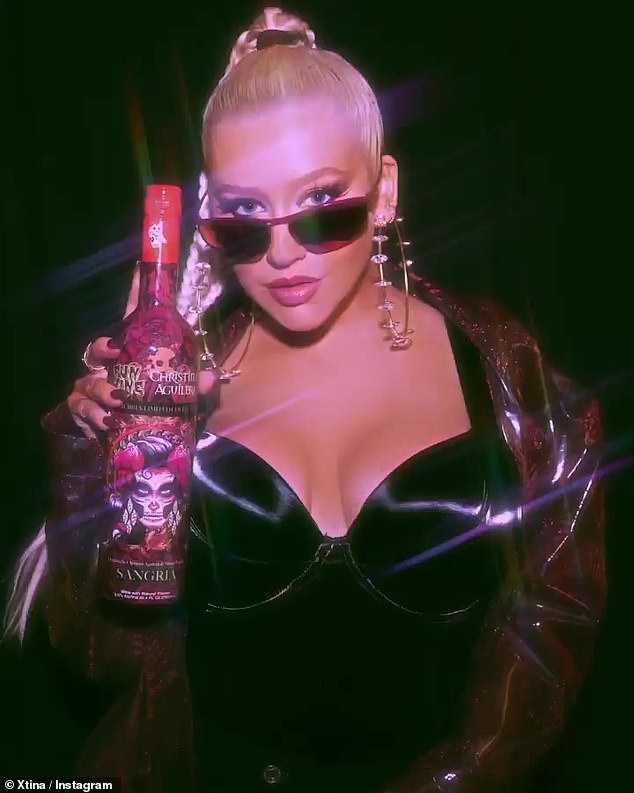 Time for some Sangria: She also hawked this bottle of Sangria on social media