Gareth Southgate made some big calls as he revealed his 26-man England squad for the World Cup in Qatar on Thursday.

James Maddison, Callum Wilson and Marcus Rashford were among the headline inclusions after their recent impressive displays for their respective clubs.

While the likes of Harry Maguire and Trent Alexander-Arnold were selected, despite their struggles so far this season.

Sportsmail’s expert Chris Sutton goes through the 26 players and gives his verdict on each of Southgate’s selections. 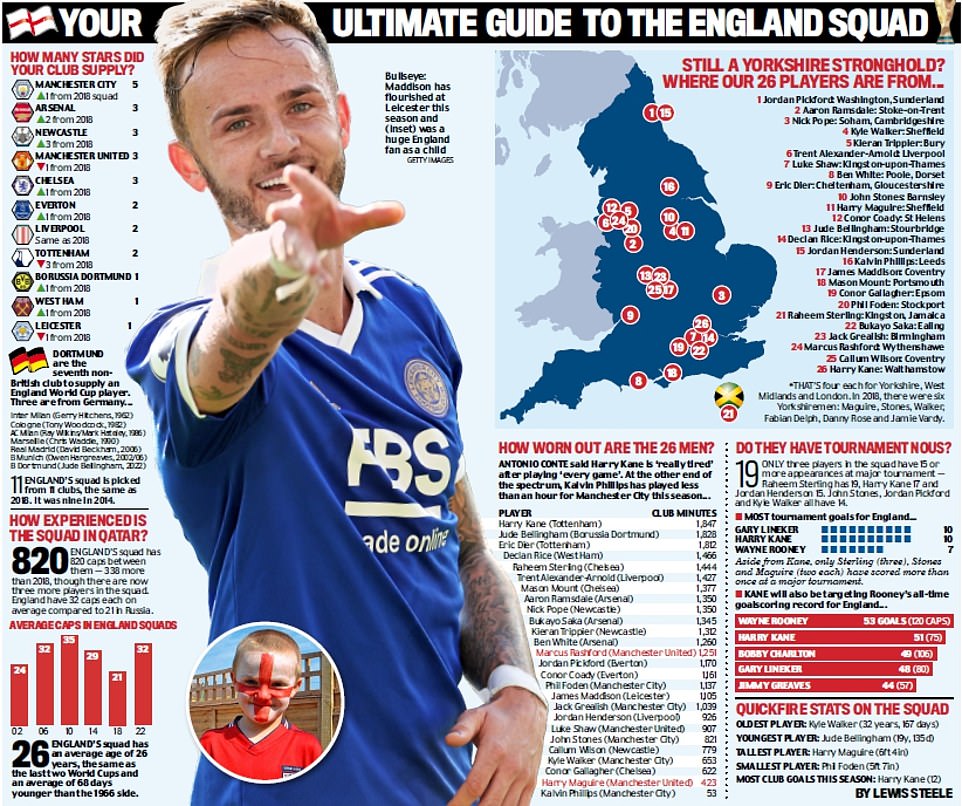 Southgate’s go-to goalkeeper. He has not let England down. Maybe you worry about him emotionally, but Pickford is a good shot-stopper and has always been good with his feet, as he has shown for Everton.

Ramsdale deserved this call-up. He has been brilliant for Arsenal when we weren’t really sure how he would cope there after signing from Sheffield United two summers ago. A very good back-up goalkeeper.

Failed his audition in that 3-3 draw against Germany, but Pope has been super for Newcastle. His heroics in their Carabao Cup penalty shootout win over Crystal Palace on Wednesday were good too! 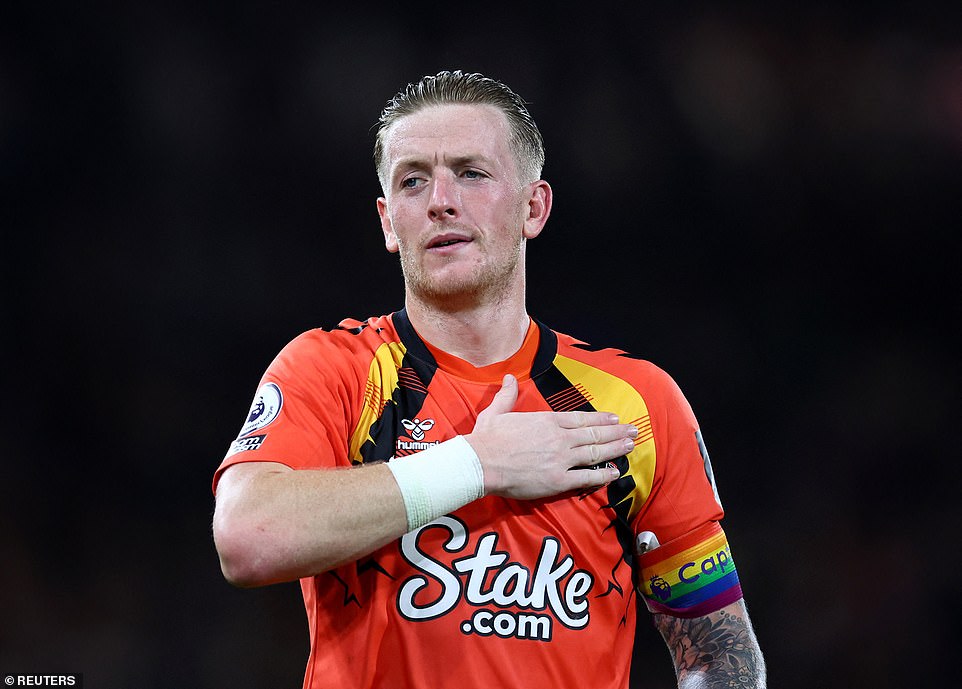 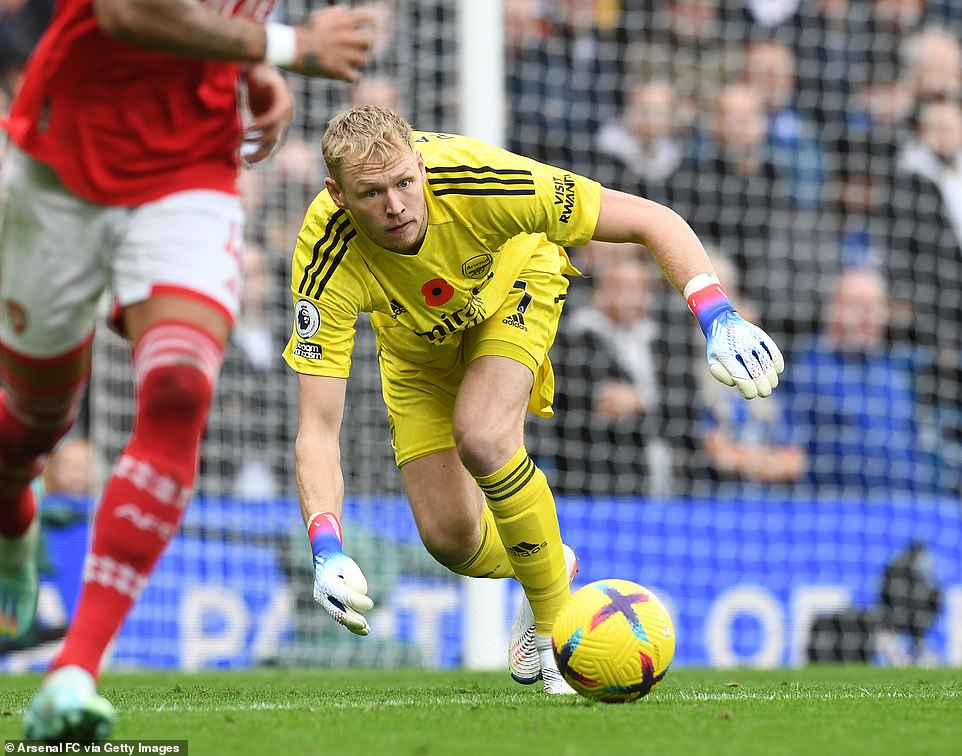 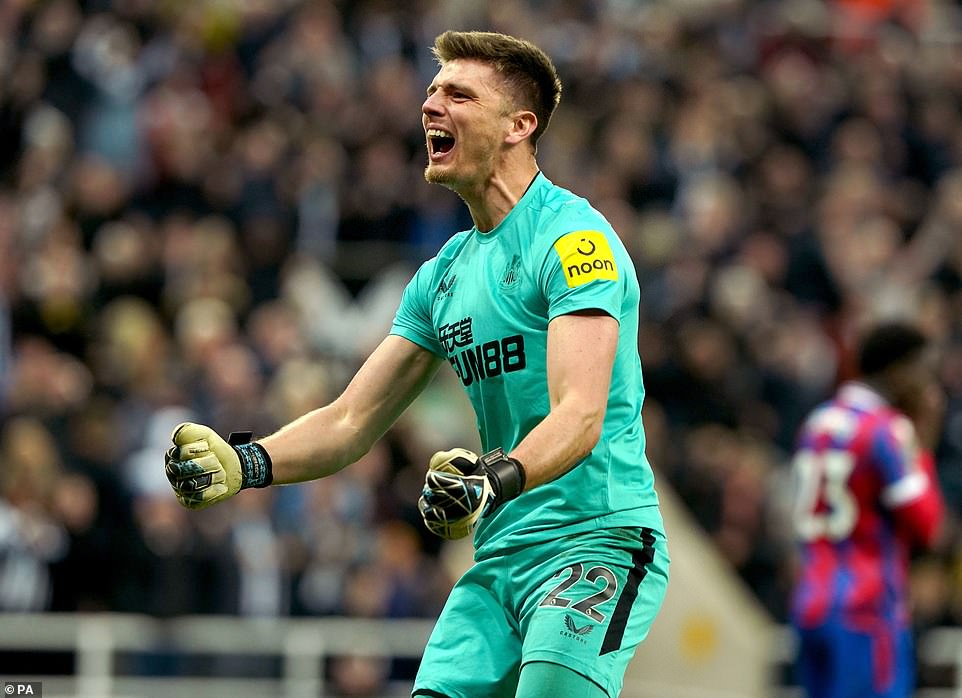 Three stars on the basis that if Reece James were available, I’m not sure Alexander-Arnold would be in this squad. We know how good he is going forward, but that debate over his defending will rumble on. 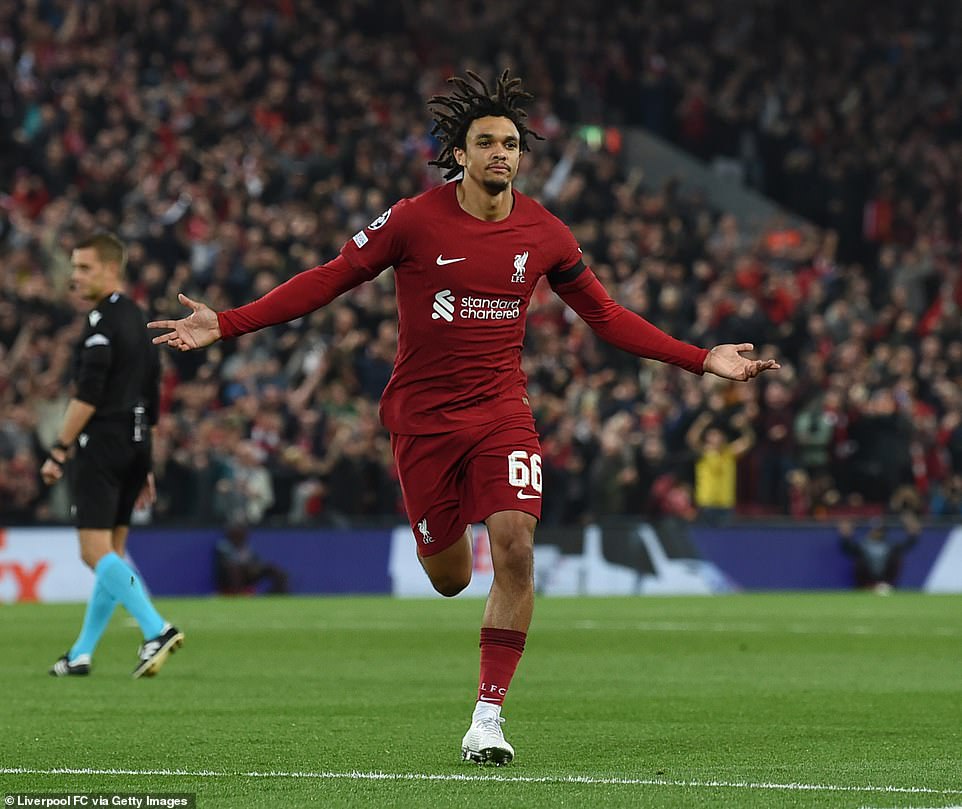 Not played in more than a month due to a groin injury, which is concerning. But Southgate has taken a chance on the Manchester City full back. Walker is versatile and Southgate will use him. 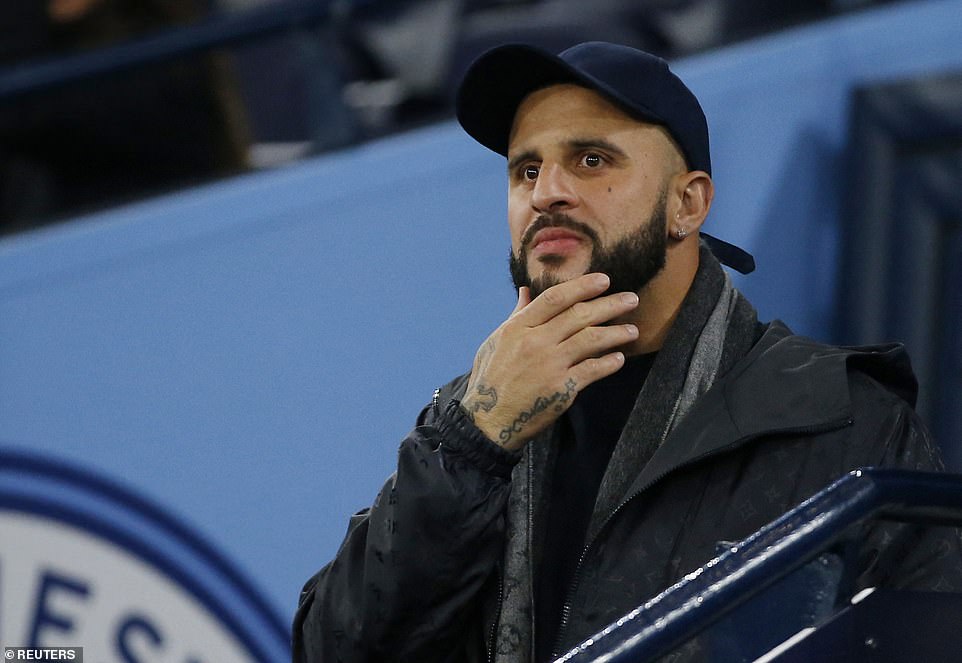 I want to see Trippier starting at right back against Iran in our World Cup opener. He’s got a wonderful delivery, relentless energy down the right and experience in abundance. England need to use him. 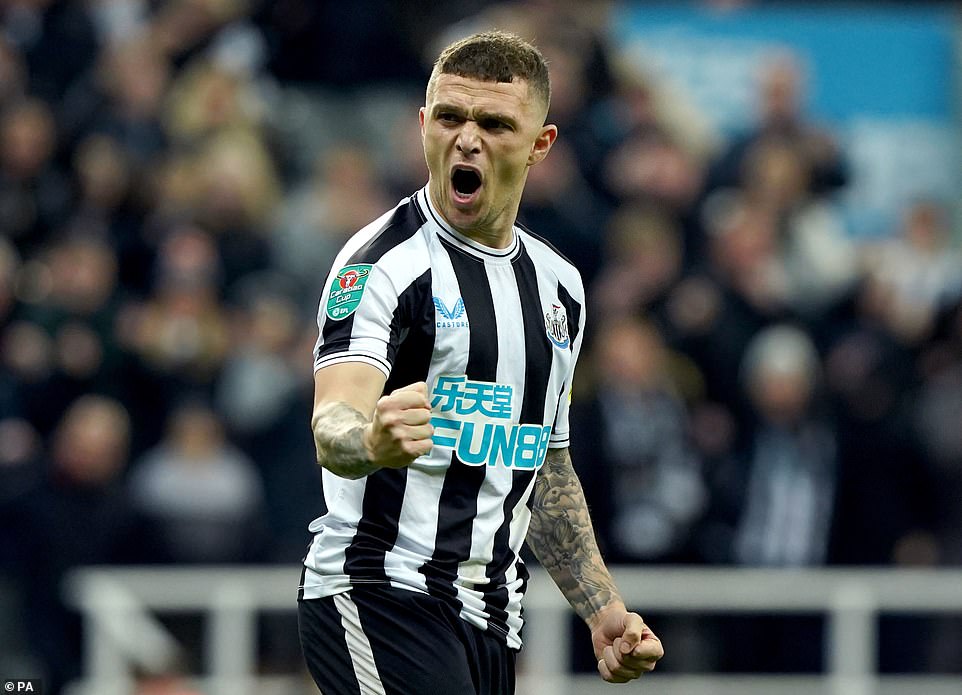 Good pick. With Ben Chilwell ruled out through injury, England lack options at left back. Shaw’s selection by Southgate was never in doubt with him now starting games for Manchester United under Erik ten Hag. 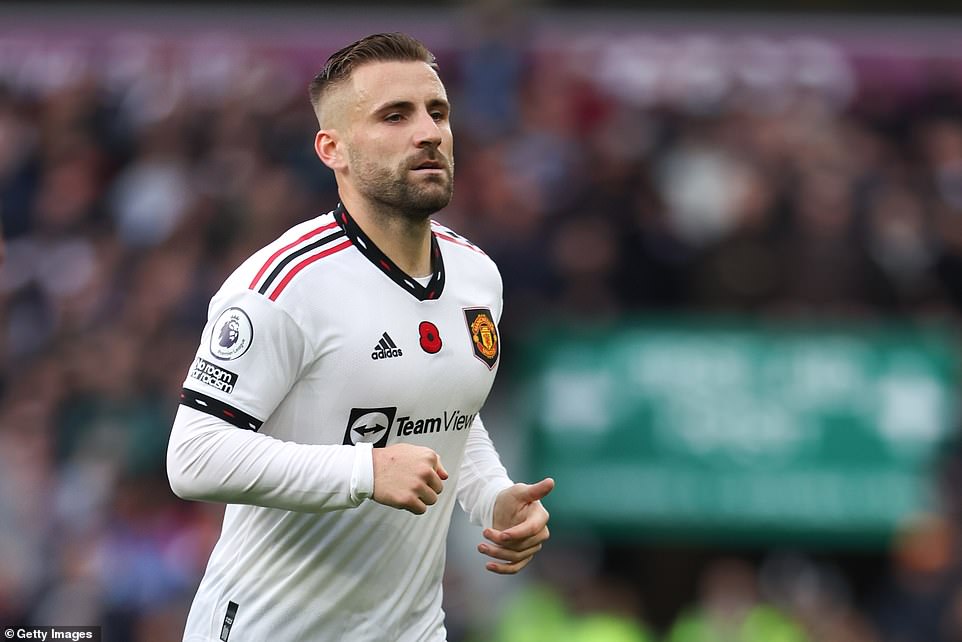 Versatility helps White. Need him at centre back? No problem. Right back? He will do a job there, too. White has had a brilliant season for Arsenal and his relationship with Saka will help England if Southgate uses both down that flank. 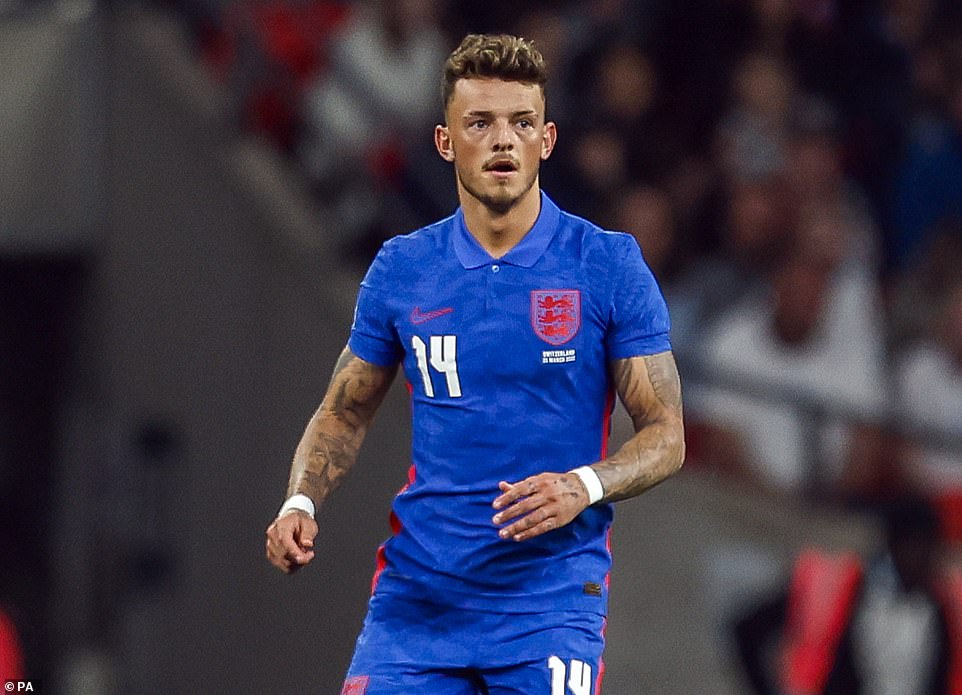 Central defence is England’s problem area. It will probably decide if we go deep at this World Cup or not. Stones has been steady for City. He’s a good passer and will most likely start every game for England. 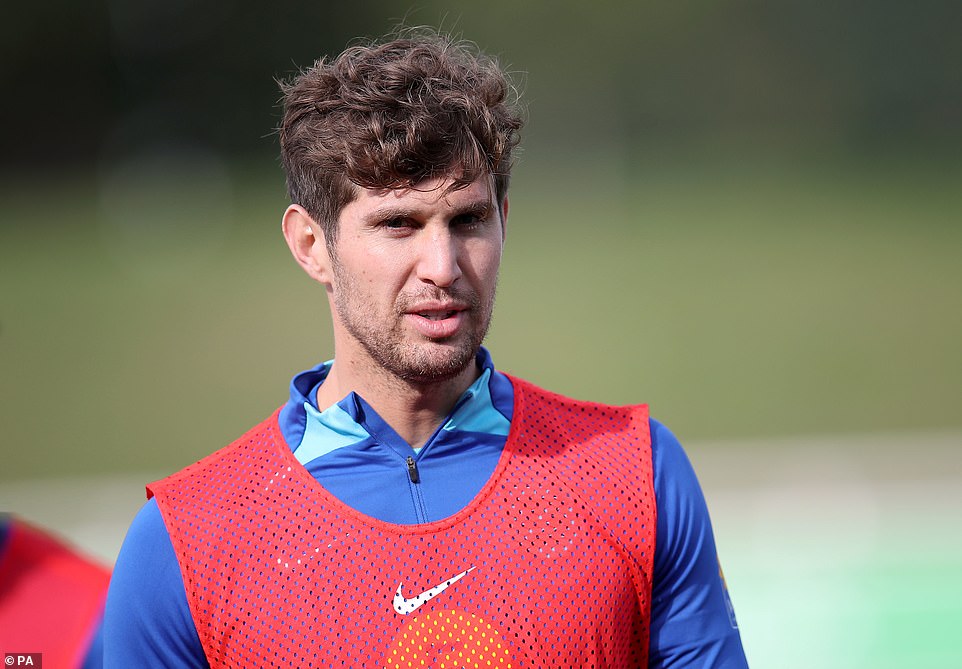 Who said Coady can only play in one type of system? Yes, he was excellent in a back three for Wolves, but now he has improved Everton defensively in their back four. He has shown his critics he is a good defender. 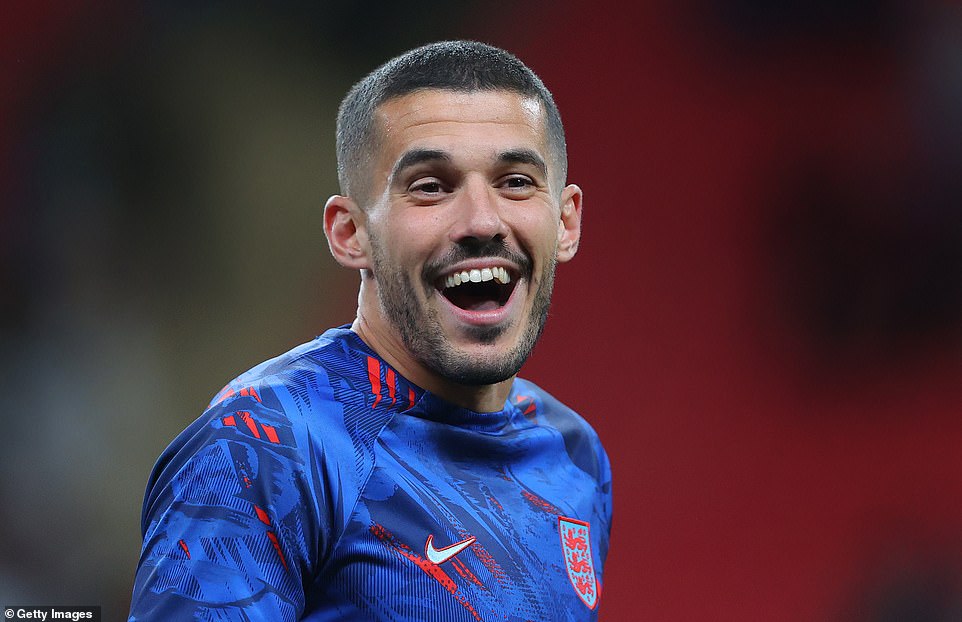 Harsh on Marc Guehi and Fikayo Tomori? Maybe. Dier has made mistakes. But I’ll allow this call-up based on the lack of depth England have in this area. He plays in Spurs’ back three so can do that for his country, too. 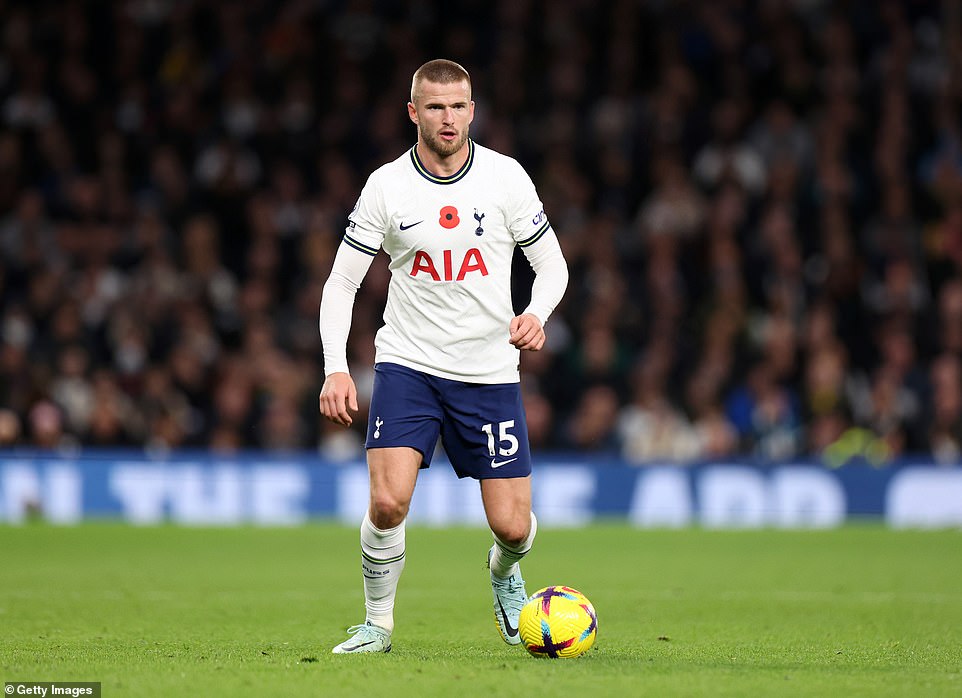 Eric Dier, chosen over Marc Guehi and Fikayo Tomori plays in a back three for Spurs so he can do that for his country as well

Look, I like Maguire. But it comes down to the fact that he is not playing games. He didn’t have a great last season for Manchester United and this latest one isn’t much better. We can’t afford to ease people in at World Cups. 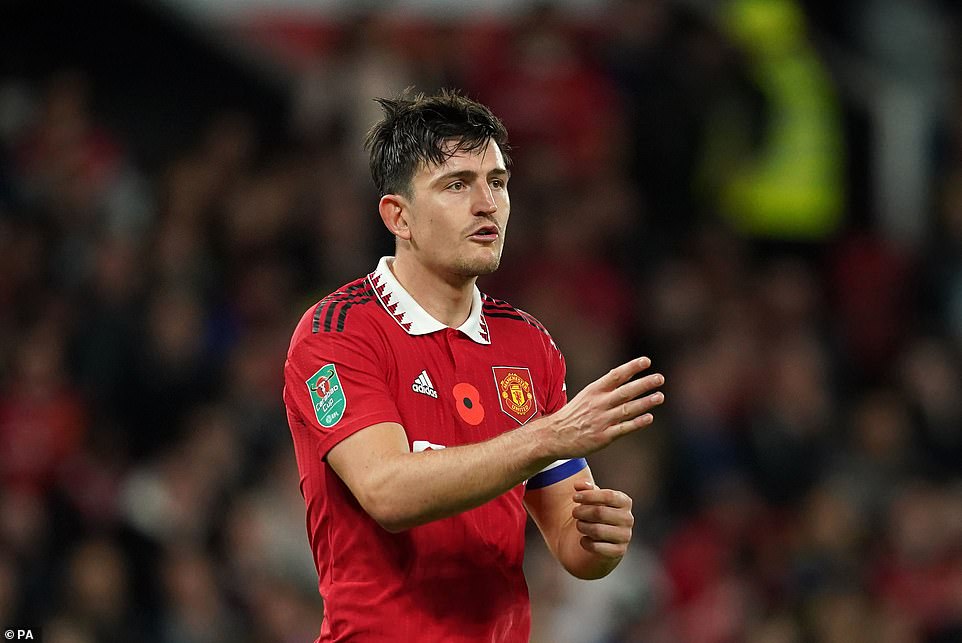 Rice has matured as a player and is a good all-rounder. West Ham are lucky to have him bossing their midfield. He will be one of the first names on Southgate’s team sheet. Rightly so, too. 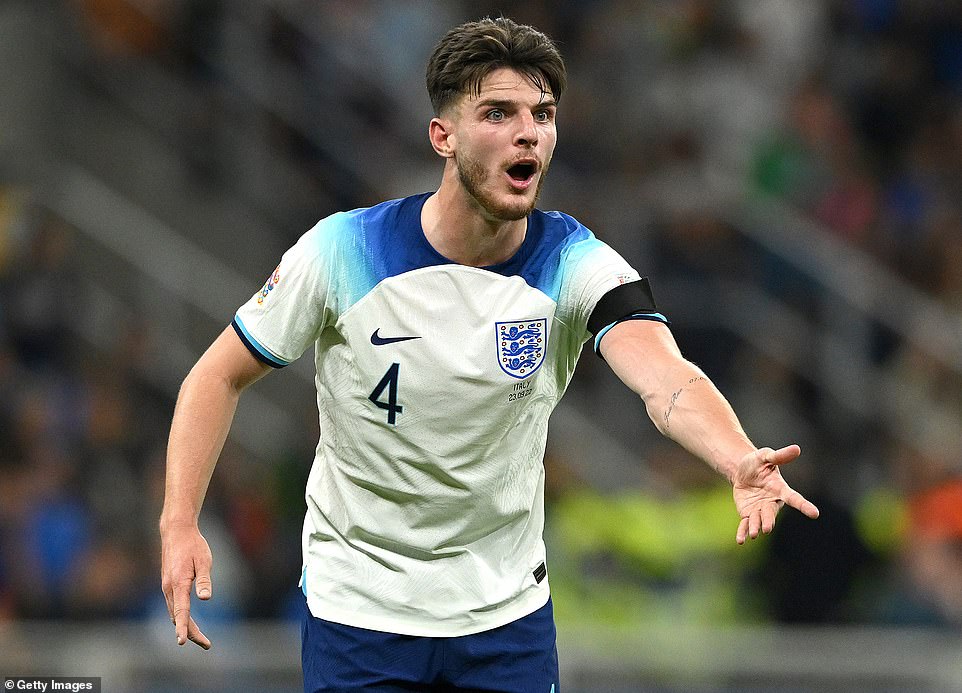 I can’t wait to see Bellingham in an England shirt this winter. Still only 19, he’s playing beyond his years. There is no debate over whether he should or shouldn’t start next to Rice — he needs to.

I get Henderson’s inclusion. His experience will be crucial for England. He has not had his best season for Liverpool — few have and Henderson would tell you that himself. But he’s someone Southgate can rely on. 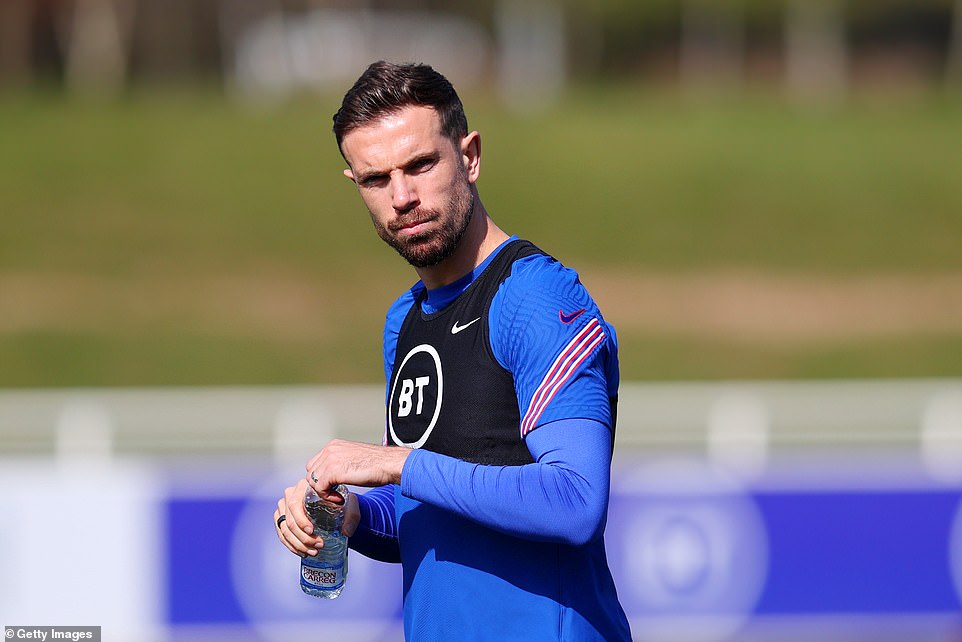 James Ward-Prowse will be disappointed, but Gallagher is clearly talented. He had a tremendous season for Crystal Palace last year and is trying now to make himself a starter for Chelsea. He’s a grafter so I’ll allow this call-up! 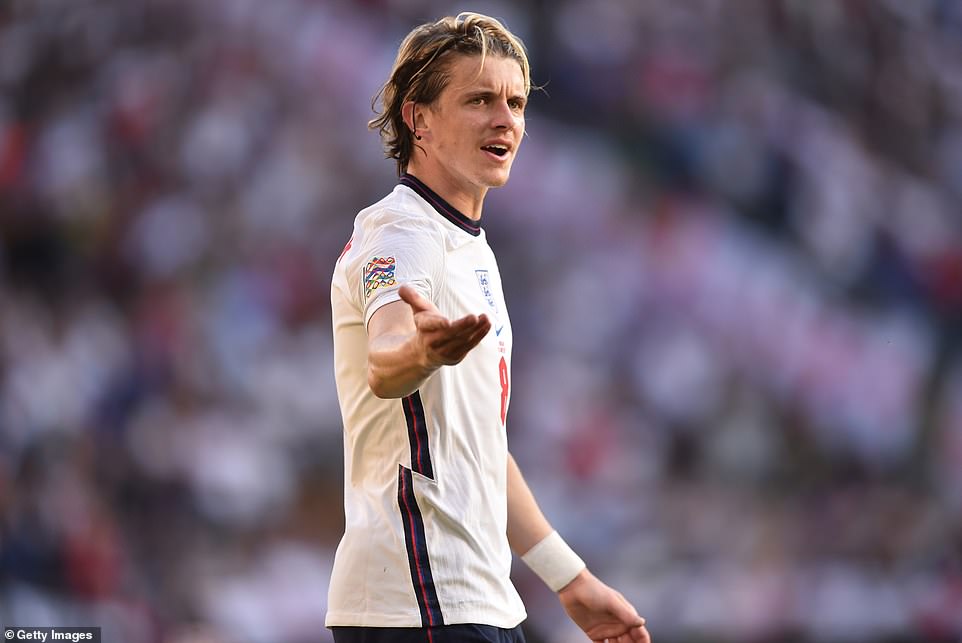 A pillar of England’s run to the Euro 2020 final, but I’m not sure about this one. It comes down to his lack of game time. A fit Phillips would be five stars, but he has only played one minute of Premier League football this season! It’s a gamble. 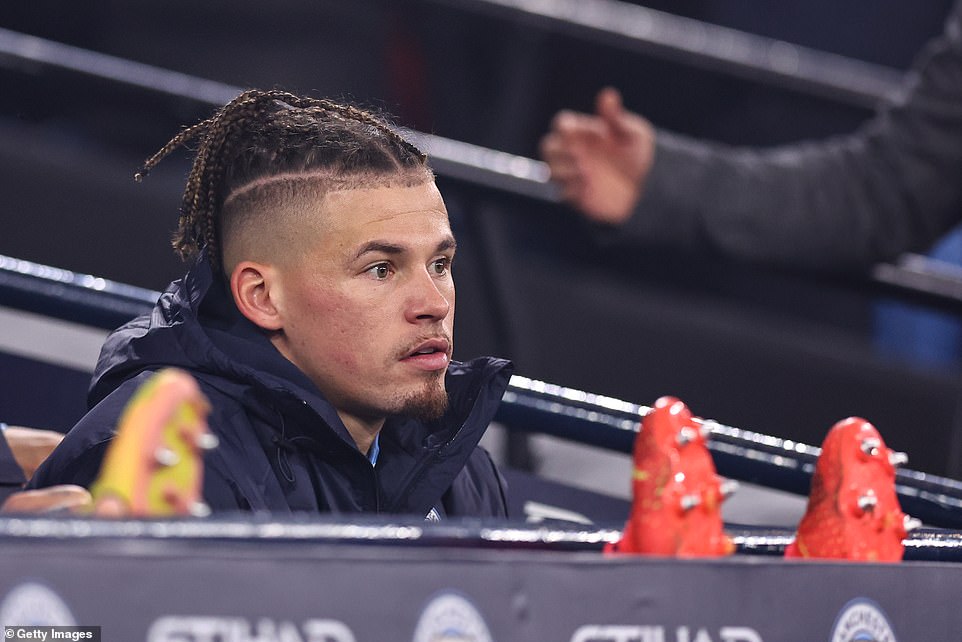 Not been at his best for Chelsea but he’s very versatile and works extremely hard. Southgate trusts him in and out of possession. That’s why he starts him so often. I want to see a confident Mount for England this winter. 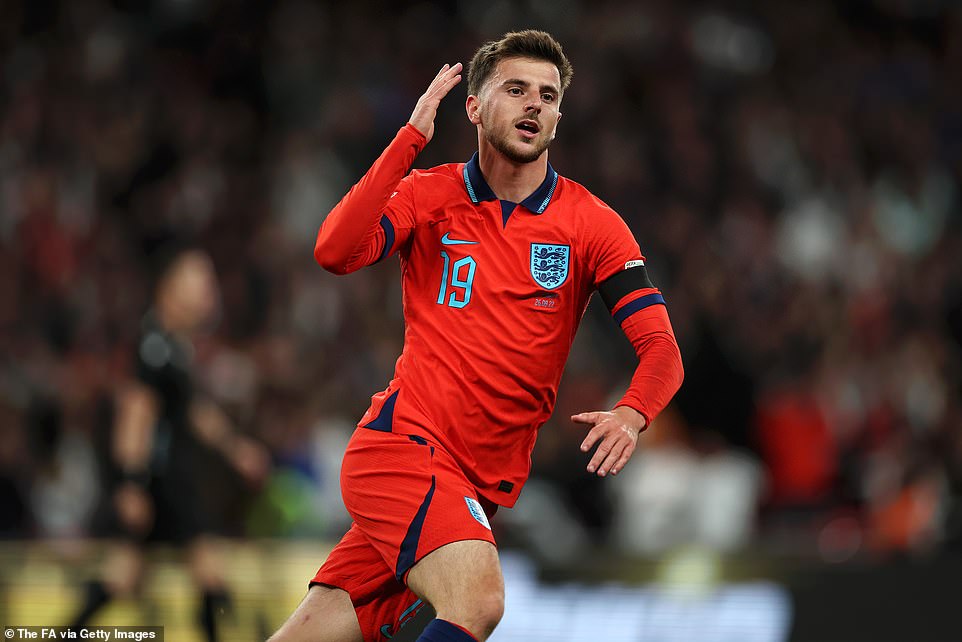 I wrote that Maddison had to be selected or it could come back to bite Southgate. It’s a deserved call-up for the numbers he has produced this season in a struggling Leicester side. Good on Southgate for making the right decision. 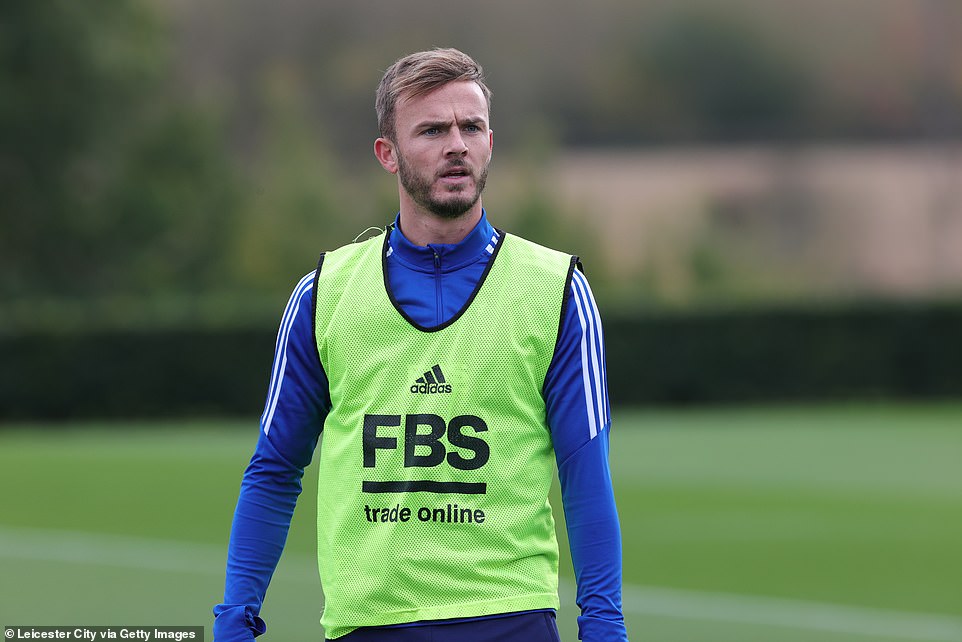 I don’t blame Kane for being knackered. This season has been relentless for him. Kane has played the third-most minutes in the Premier League behind only Hugo Lloris and Virgil van Dijk. England aren’t the same without him. 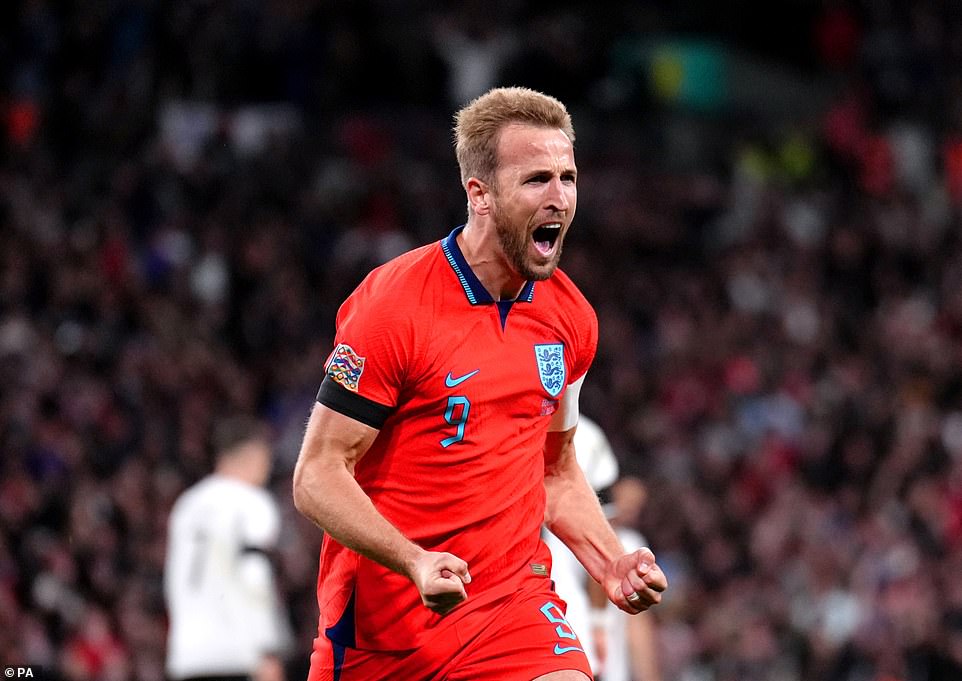 You have got to have faith in Sterling. He has not had the greatest season for Chelsea but is important for England. Let’s not use him as a left wing-back like Graham Potter please, Southgate. 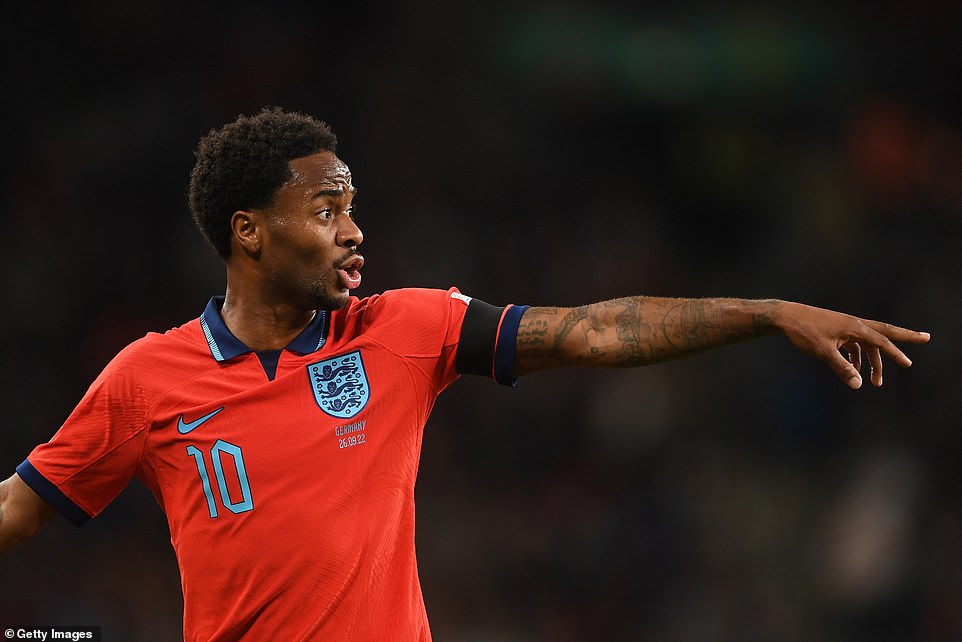 Sometimes I wonder if Pep Guardiola leaves Foden out of his team just to mess up our Fantasy Premier League teams! He’s a fabulous player, different to the others, and an obvious choice to go to this World Cup. 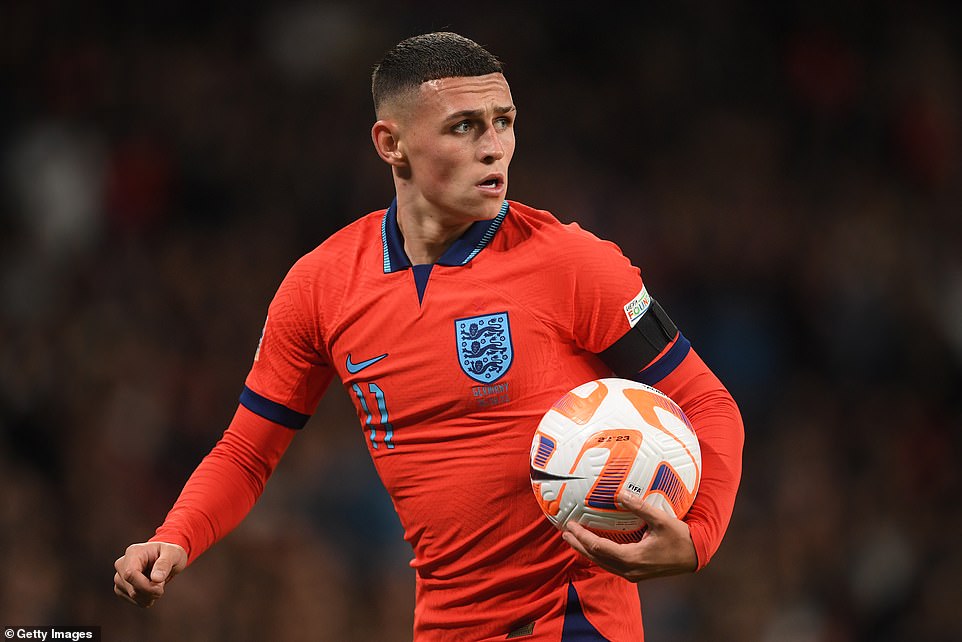 Five-star Saka. He had to go to this World Cup. His best position at Arsenal has been on that right wing with the ball glued to his left foot. Whether he starts for England or comes on as a substitute, he will have an impact. 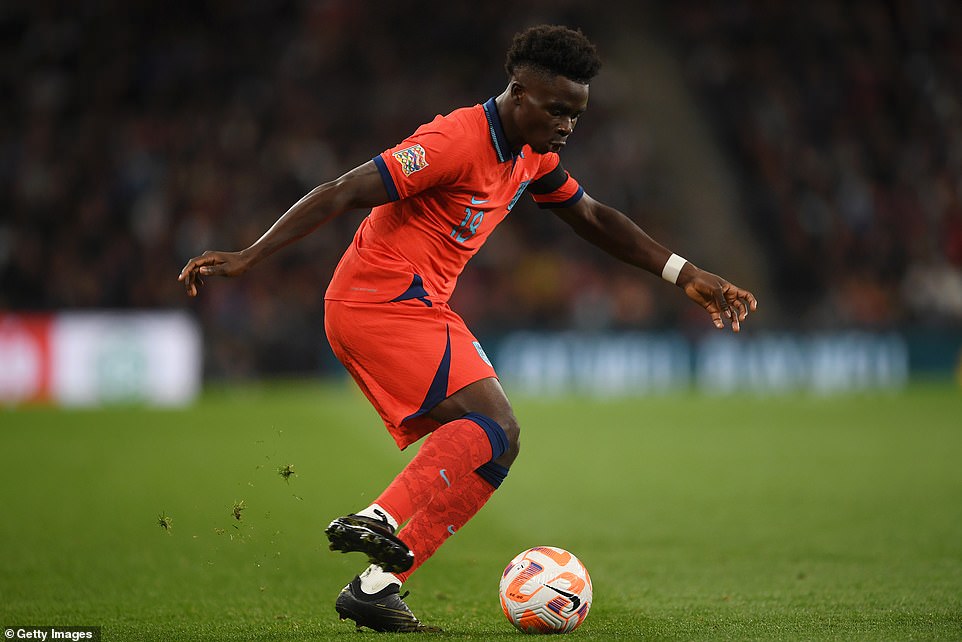 I’ll allow it. His numbers are not what they should be for a super club like Manchester City, but Grealish is a good player who can change a game if he’s on song. I know that, you know that and Southgate knows that. 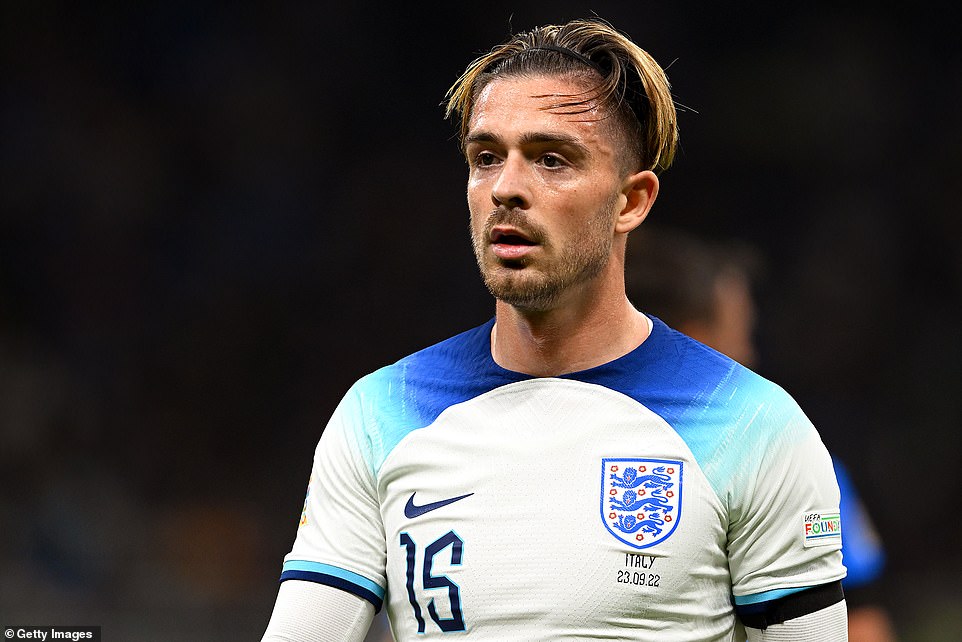 Another Manchester United player whose confidence seemed so low last season. Rashford is a good pick with his pace. If he gets up to speed, England can use him to good effect down the left. 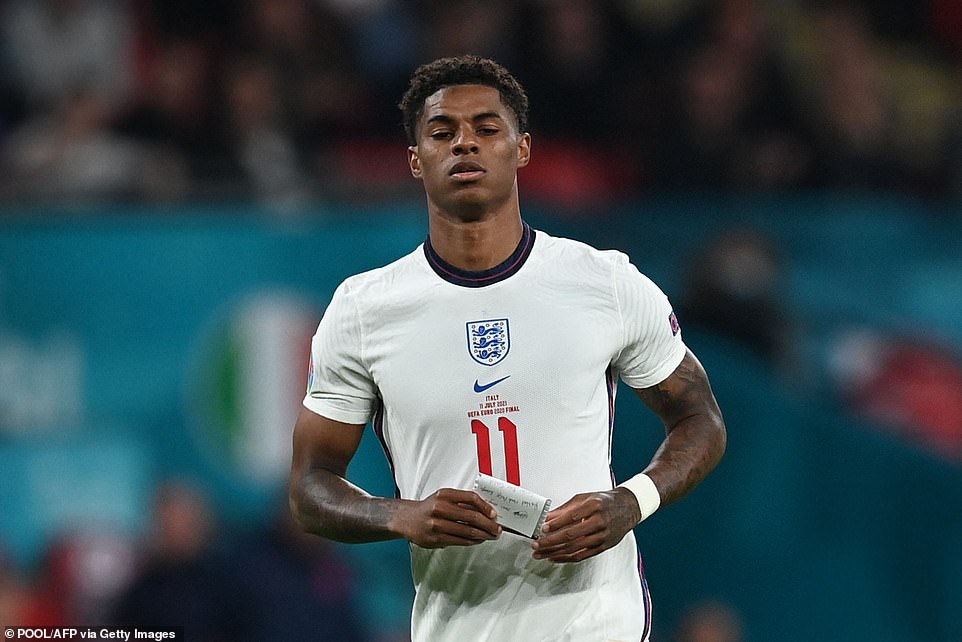 It’s the day of the Ws! Walker, White and Wilson have all been picked with Tammy Abraham and Ivan Toney overlooked in favour of Wilson. Based on form, he has to be in this squad. 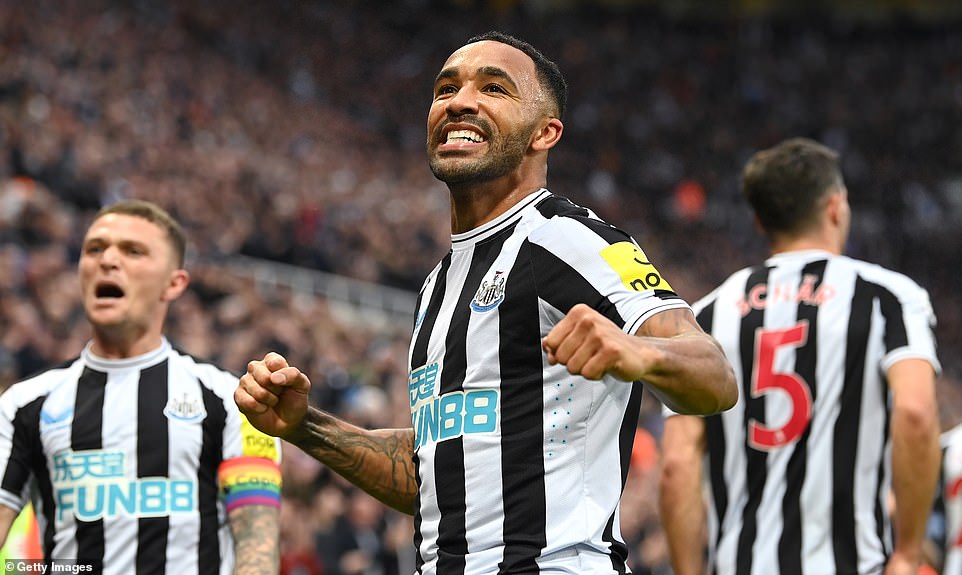 Callum Wilson, like Maddison has also played himself into the team after his positive displays for Newcastle this year