The best kind of revenge! Lincoln winger Chris Maguire enjoys the last laugh at the expense of former club Sunderland and Lee Johnson after scoring a hat-trick on his return and celebrating in his old boss’ face

Lincoln City winger Chris Maguire enjoyed the last laugh over his former manager Lee Johnson, after he scored a hat-trick in their victory over Sunderland and then gleefully celebrated directly in front of the home side’s dugout.

Maguire made 125 appearances at the Stadium of Light over his three-year spell, but was allowed to leave on a free transfer and clearly still harbours ill feeling over the decision, which came despite him being a first-team name.

To exact his revenge, he scored a superb opening goal against his old club, and made sure to make his way in front of the beleaguered Johnson in an act of defiance. 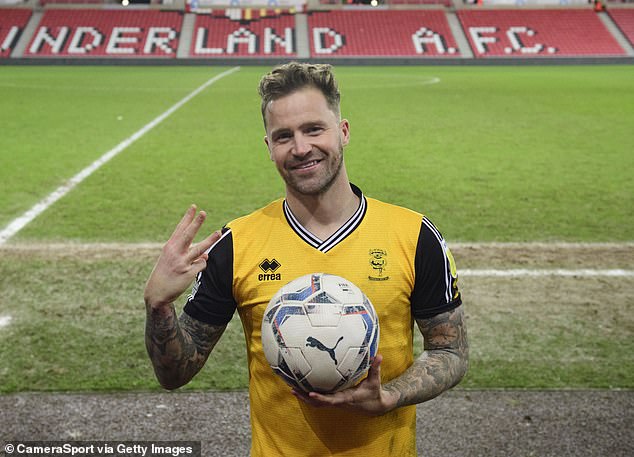 Maguire netted a hat-trick on his return to the Stadium of Light, where he left as a free agent

Despite being fit from March of last season after recovering from an injury, the Scottish striker wasn’t handed a start from December onwards in a frustrating spell.

Indeed, he played just 85 minutes in the final 11 games of the League One campaign with Johnson at the helm, and moved on to Lincoln over the summer.

His comeback was a fairy-tale one for him, however. Hakeeb Adelakin’s strike was blocked, but the rebound fell kindly to Maguire, who smashed in on half-volley. 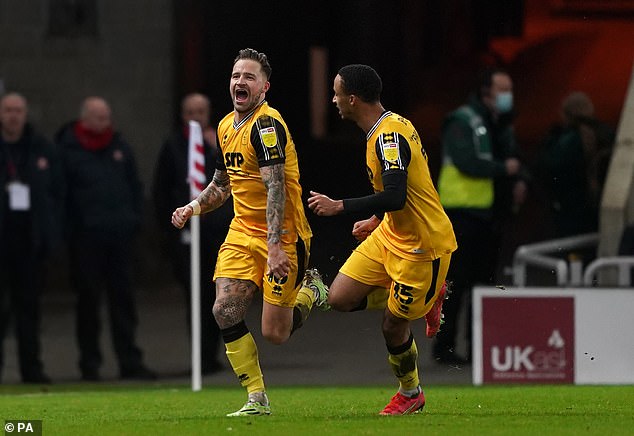 After netting his first goal of the game, Maguire headed straight to Johnson’s technical area 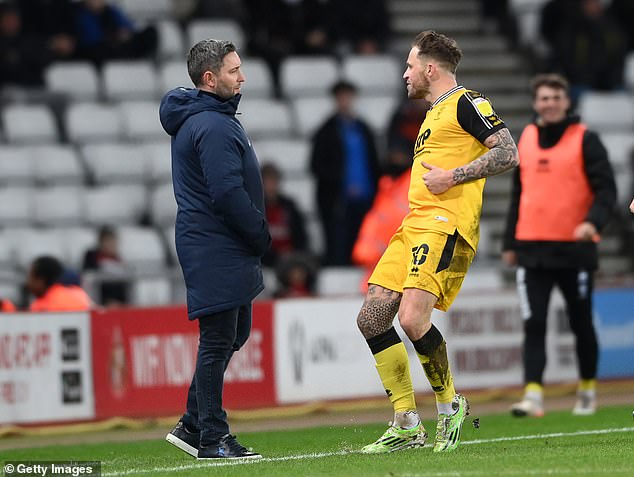 With Johnson on the touchline, the goal scorer then taunted his former manager in celebration

Immediately after, he wheeled away with his team-mates, and headed to Johnson’s technical area to taunt the tactician just inches away from his face.

Maguire added his second on 57 minutes, having driven home a shot from the penalty spot after he was felled inside the box.

Sunderland hauled one back when Ross Stewart netted at the second time of asking after his spot-kick was kept out, but it was Maguire who stole back the headlines.

He rounded off his hat-trick with 15 minutes left on the clock after racing into the area and clipping a deft chip over the onrushing goalkeeper. 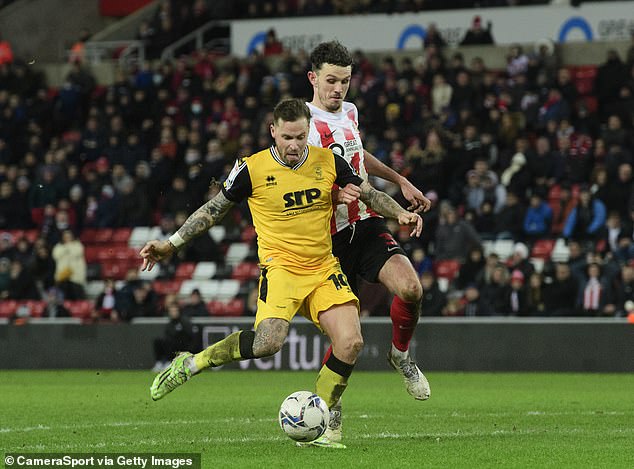 To make matters worse for Johnson, he was forced to take in the closing stages of the feisty clash from the stands, having been sent off after a melee broke out.

In April, the Sunderland boss explained why Maguire struggled for game time on Wearside before he departed on poor terms.

‘There’s a lot of competition [for places], and fans have the right to air whatever their feelings are,’ Johnson said. 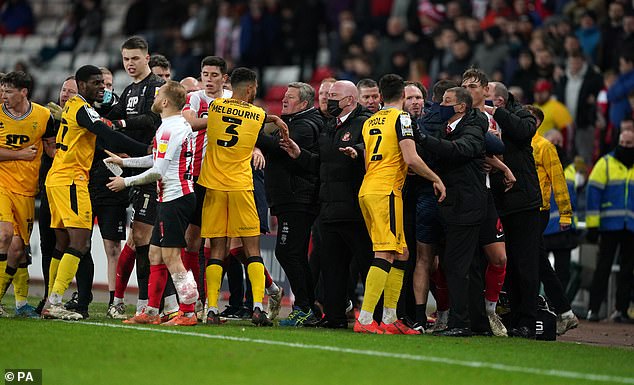 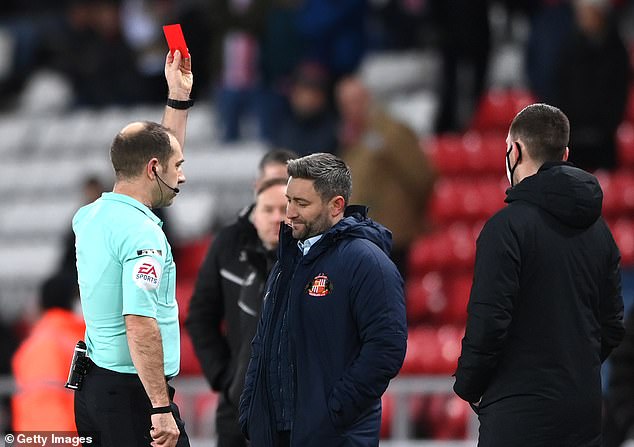 For his role in the melee, Johnson was sent off, with the boss’ evening going from bad to worse

‘Inevitably, decisions have to be made and you stand or fall by those decisions.

‘That honesty with Chris pretty much started going into the transfer window, where we actually allowed him to seek pastures new if he could find a loan.’