EXPRESS INFORMER > Cars & Bikes > Chris Evans reviews Seat Ibiza Connect 1.2 TSI: Everything about the new Ibiza is – well – just fine. But, oh, for a flash of originality and inspiration amid the bland efficiency

Have I mentioned I used to do lots of television commercial voiceovers but now don’t do any?

I can only presume my agent’s fallen out of favour with the ad agencies or they have accidentally lost his phone number. Of course, it can’t be anything to do with me.

I remember I was quite big in the Sugar Puffs and Del Monte world for a good while during the Nineties.

Like council houses in the Seventies, no chances whatsoever have been taken in the Seat Ibiza’s conception and production. No passion has been expended. No sleep lost

In the Noughties it was more Huggies and Milky Way, with my last big contract being the national voice of various Morrisons campaigns. An excellent run of good fortune, which ended a couple of years ago.

I like to pretend Morrisons subsequent dip in market share was a direct result of forgoing my services for those of others that struck less of a chord with Britain’s retail consumer public.

I think it was Ant and Dec who supplanted me first of all, followed by Vernon Kay and now some other northern bloke who seems hell bent on mentioning rugby a lot.

Or was this specifically because the ad in question was at half-time during the finale of last weekend’s quarter-finals? (You know, the ones that saw the remaining home nations exit before the semi-finals. Tough luck Scotland, in particular – that must have been so painful.)

The ad that followed, by contrast, was spectacular, or more Spectre-acular, to be precise. The ad for the new BMW 7 series which threatened to out-Bond, Bond.

Maybe it’s BMW still trying to make up for its part in what has been voted the worst car chase in Bond movie history.

I for one will never forget Pierce Brosnan’s remote-control BMW 750iL in Tomorrow Never Dies. What were they thinking? Whatever the reason, this new mega-commercial is brilliant, which is a good job ’cos it must have cost an absolute blinkin’ fortune. 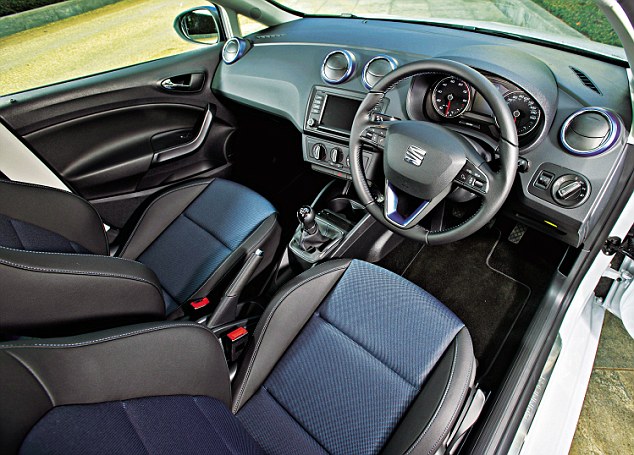 The gear selection and clutch pedal, paired up very nicely, compounding the whole derivative, fine driving experience. Even what’s wrong with the Ibiza is fine

Is the car worth it, though? Absolutely.

Look what BMW has got to shout about: ‘ideas whose time has come’; ‘a carbon core – light and lean yet strong’; ‘the next generation of headlight technology – laser lights’.

And then something called ‘gesture control’. You wave your hand in the air and – abracadabra – things happen as if by magic. ‘The best way to predict the future is to create it.’

Meanwhile, sitting on my drive was the Seat Ibiza Connect. A car so utterly uninspiring I despaired at the prospect of writing a single word about it.

Everything about it is fine. Just fine. Urgh. The seats are fine, the trim is fine, the handling is fine, the connectivity is fine. But is fine ever what life is about?

We know that every action has an opposite and equal reaction, which renders some cars brilliant and dreadful in equal measure – but at least we are moved by them, regardless of how they might end up going about moving us.

This Seat Ibiza, however, takes no risks whatsoever on the way.

Sure, there’s good work in evidence but it’s all so derivative, so Audi, so VW (Seat’s parent company), so keep it safe, so keep it in the family. Its crisp sharp lines doing nothing more than echoing those of the Audi A3 and VW Polo.

The boot space similarly deep and spacious for such a small car. The power steering, again similar, right from the off.

Rear passenger room is designed for supermarket trips only – adult legroom is non-existent.

Rear manual window winders are a dead giveaway that the word thrifty lies not only behind every panel but every decision. Bruce Lee-style, lightning-quick retracting seatbelts only serve to confirm an overall lack of tact and subtlety. Hi… ya! Or was that Miss Piggy?

And watch out when parking because there isn’t a parking sensor in sight. More obvious cost-cutting, too salient by far.

Body roll would be an added unwelcome issue if the car wasn’t so lacking in power in the first place. Although such impotence does have the upside of making the brakes feel supreme.

If I had to highlight a single major plus for this 2015 Ibiza, it would be the formidable value for money the options seem to be. My car came with:

The colour pack, which includes 16in alloy wheels and door mirrors for £145.

The auto headlights, with the leaving and welcome home function, those rain-sensing wipers, auto-dimming rear view mirror and electric-folding door mirrors for £230.

An uprated sound system, including six speakers, boot-mounted subwoofer and amplifier for an amazing £155.

All very tempting, as is the dark tinted rear windows at £160, which I can only assume was to spare the blushes of the innocent passengers from the ignominy of being over-fine.

So a whole load of extras for £690. Tick. Ah, but then there was also £530 for the metallic Nevada White paint. This I didn’t get at all.

It suggests that someone buying the Ibiza might actually care what it looks like which, I can’t believe they ever would, at least not to the tune of half a thousand pounds.

This car is undeniably a clear and solid three stars out of five, but it felt more like one to me.

The rules of yin and yang are the same as those of a rollercoaster – the bigger the highs, the lower the lows, and therein lies the jeopardy and excitement.

‘Plenty of boot space, good fuel economy and optional extras that offer formidable value. There is very little wrong with this car, but that doesn’t make it right…’

Whereas the Ibiza Connect is more like the Tiny Tots train chugging around the perimeter fence. It is so un-dynamic I lost the will to drive.

Admittedly, there is very little wrong with the car but that doesn’t make any of it particularly right.

Like council houses in the Seventies, no chances whatsoever have been taken in the Ibiza’s conception and production. No passion has been expended. No sleep lost.

That said, it would be entirely unfair, unprofessional and overly pejorative of me to not point out that it easily does 60mpg, and that’s without even trying to short-shift or take it easy on the gas.

But that doesn’t make up for the fact that at every opportunity, where an extra curve, bump or switch could have been introduced to make life a little more colourful, interesting or stimulating, it’s as if whoever’s in charge said, ‘Nah, let’s not bother, it’s FINE as it is’.

In fact, Fine is what they should rename this car. Then they could bring out a 2016 luxury OK version.

The Fine OK. Mediocrity heaven. No thanks.

WHAT’S HOT ON THE ROAD THIS WEEK 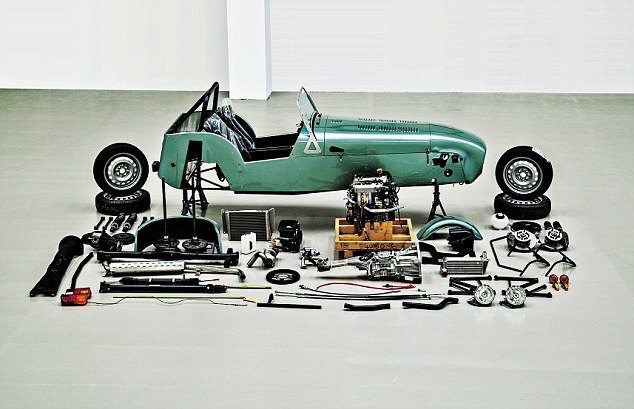 You can watch a car be built before your very eyes at London’s Regent Street Motor Show this Saturday. Four Caterham crew will assemble a Seven from scratch – then drive it home later that day. The Seven will be just one of hundreds of cars at the free-to-view show, with everything from veteran motors to the new James Bond Aston Martin DB10. It opens at 10.30am.

The style gurus at Alfa Romeo have added a new ‘luxury’ Collezione level to the MiTo and Giulietta. Both cars get upgraded materials inside and out – ‘bronze’ wheels, a cloth-and-leather interior and vintage floor mats for the £17,660 MiTo; dark-finish alloys, parking sensors and Collezione leather for the £24,820 Giulietta – and they are available to order now.