Chris D’Elia and Kristen Taylor marry! The comedian, 42, and his longtime love, 29, beam while with their son Calvin, two: ‘D’Elia’s forever’

Chris D’Elia has tied the knot with his longtime partner, Kristen Taylor.

The couple shared photos from their nuptials on their respective Instagram accounts Monday.

Married: Chris D’Elia, 42, has tied the knot with his longtime partner, Kristen Taylor, 29. The couple got married on Saturday with their two-year-old son, Calvin, in attendance

She wore her long blonde hair in loose curls and finished the breathtaking ensemble with dangling diamond earrings and a bouquet of white flowers.

Chris and Calvin were both attired in black tuxes and bow ties for the big day, with each pinning a white boutonniere onto their lapels. 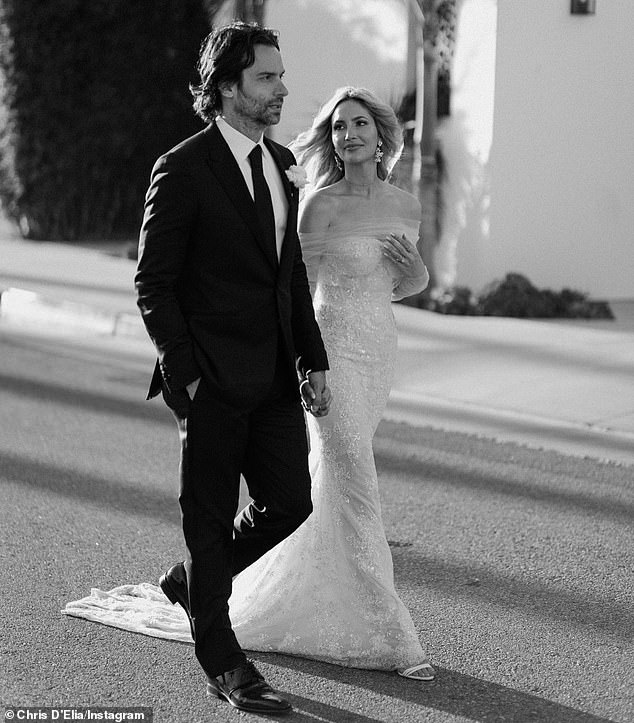 Stronger: The couple shared photos from the big day on social media  with the comedian writing ‘Stronger now’ on his Instagram post.  The bride posted, ‘6.18.22. D’Elia’s forever’

The pair have been publicly together since 2018.

Kristen has stood by her man through several accusations of sexual misconduct with underaged women.

The couple announced they were expecting their son in 2019. That same year, the first claims began to surface about the Alone Together actor’s alleged online interactions with young girls.

The women claimed the You actor sexually harassed and solicited nude photos from them when they were teenagers, with some saying they were as young as 16 at the time of the alleged incident. 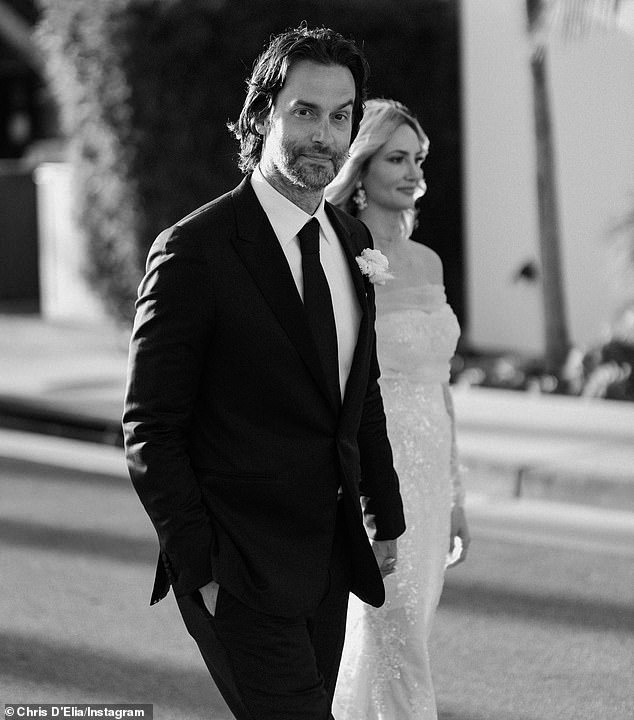 Treatment: The nuptials took place more than a year after the You star posted a video on YouTube explaining he was getting treatment for an inappropriate attitude toward sex 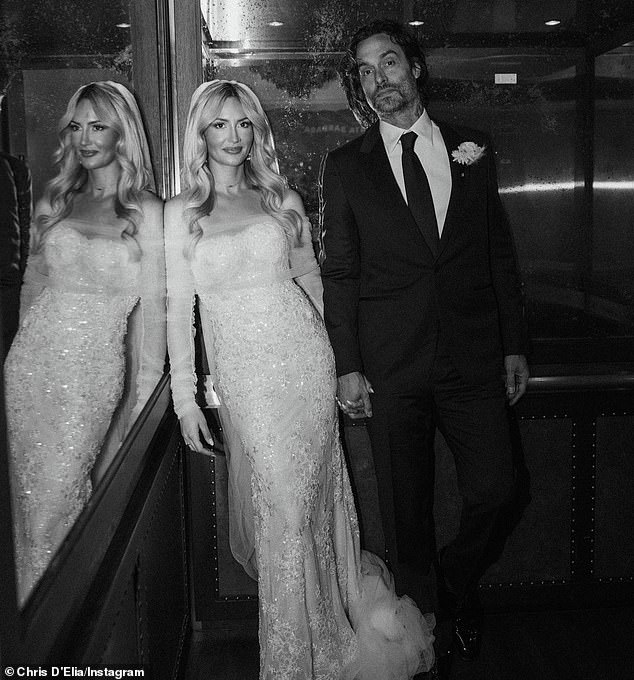 Allegations: Several women have come forward since 2019, accusing the comedian of sexual harassment and soliciting nude photos from them when they were teenagers. He has denied the claims

He was also accused of exposing himself to at least three different women three months later.

The comic pushed back, claiming all of his relationships had been ‘consensual and legal.’

In February 2021, the Life in a Year performer posted a video on YouTube, explaining that he had an inappropriate attitude toward sex, had cheated in most of his relationships, including on Kristen, and he was seeking treatment. 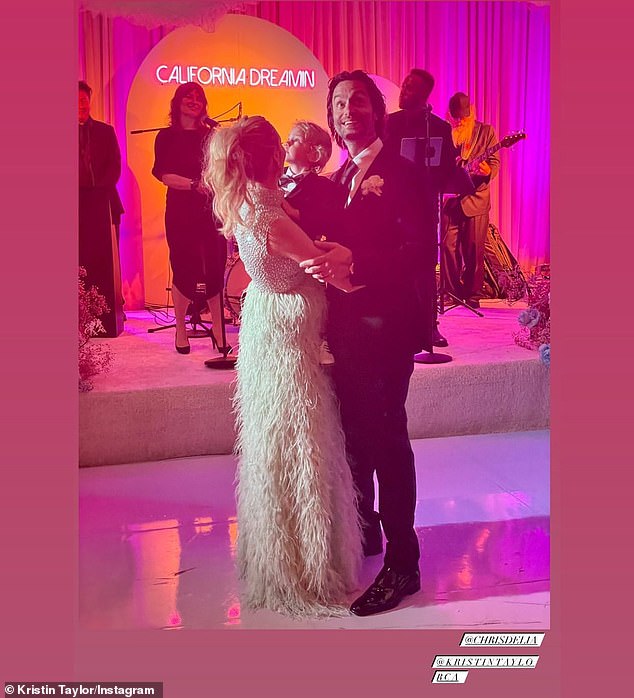 Dreamin’: Here the happy couple are seen on the dance floor of their wedding

The scandal has cost the comedian financially.

Netflix also dropped plans for a prank themed show starring Chris and fellow funnyman Bryan Callan, 55, who has been accused of sexual assault and misconduct by multiple women. The Goldberg’s actor has denied their allegations. 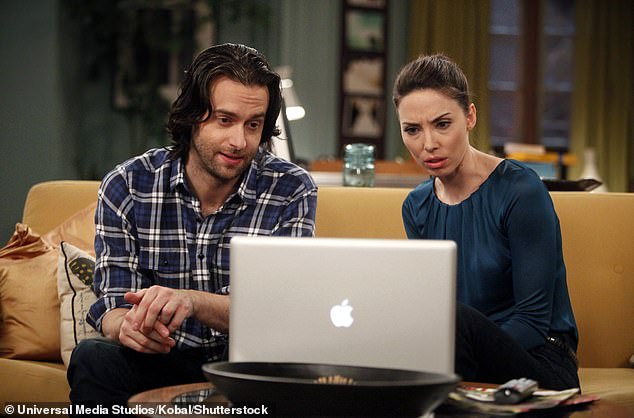 At work: The actor with Whitney Cummings on her show Whitney in 2011