EXPRESS INFORMER > News & Politics > Chinese firm has data on 40,000 Brits including Boris Johnson and the Queen ‘to be used by spies’

Boris Johnson and the Queen are among 40,000 Britons listed on a database compiled by a Chinese tech firm with reported links to Beijing’s military and intelligence networks, it can be disclosed.

Files on senior British politicians including the Prime Minister, members of the Royal Family, UK military officers and their families, and religious leaders are currently being stored by Zhenhua Data, a technology company based in Shenzhen, China as part of a ‘global mass surveillance system on an unprecedented scale’.

It is understood the information was leaked to US academic Christopher Balding, who was previously based in Shenzhen but returned to America citing security concerns, and published by the professor online.

The database is thought to be used by Chinese intelligence agencies for monitoring British civilians in a shock worldwide espionage campaign also affecting millions of people in the US, Canada, India and Japan.

The names, dates of birth, educational and professional histories, criminal records and social media accounts of politicians, Royals, business people, academics, military officers, and civilians convicted of drug and terror offences are being harvested by Zhenhua for the reported benefit of the Chinese Communist Party.

Senior MPs are now calling on the UK Government to stamp out Chinese interference in UK society, with Foreign Affairs Select Committee chair Tom Tugendhat thundering: ‘This is an indication that they are now seeing the West, and particularly the United Kingdom, as the kind of sphere of influence in which they wish to have this level of granular detail.’

It comes amid heightened tensions between the UK Government and Beijing, as London accuses China of covering-up the outbreak of coronavirus and lost the international community precious time in its response to the pandemic.

Britain is also furious at China’s decision to impose new security laws in Hong Kong earlier this year which forbid secession, treason and collusion with foreign powers and allow for the prosecution of Hong Kong dissidents in mainland China. 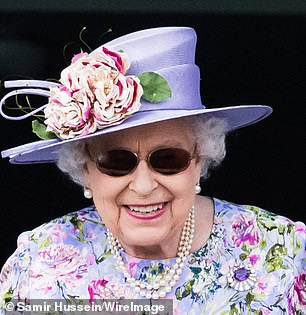 Files on senior British politicians including the Prime Ministe (left), members of the Royal Family including the Queen (right), UK military officers and their families, and religious leaders are currently being stored by Zhenhua Data, a technology company based in Shenzhen, China as part of a ‘global mass surveillance system on an unprecedented scale’ 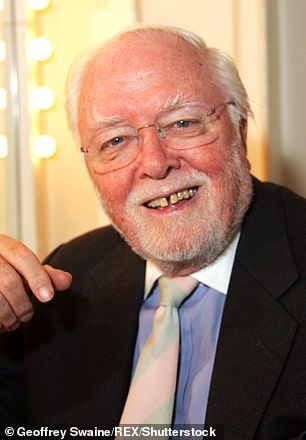 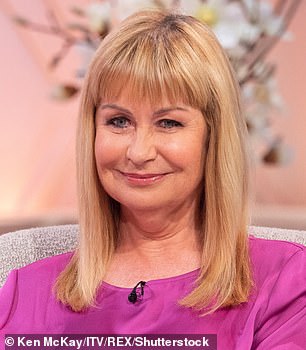 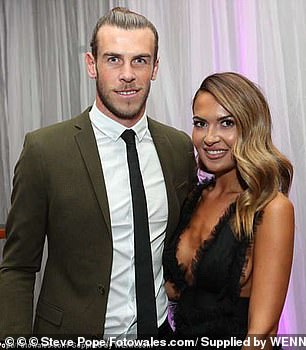 The families of Justin Welby, the Archbishop of Canterbury, and Chief Rabbi Ephraim Mirvis are included on the list, while files also exist on the late actor Richard Attenborough, Lord Lloyd-Webber’s mother, Siân Lloyd (left), the television presenter, and the wife of Gareth Bale, the Welsh footballer (right) – in an apparent nod to UK culture

WHO’S WHO ON CHINESE DATABASE

Darius Guppy, a friend of the PM

Camilla, the Duchess of Cornwall

Mr Tugendhat, who has also expressed fears he is being watched by the Chinese Government, said the data leak showed an ‘important change’ in Beijing’s approach to electronic surveillance.

‘This is a further indication that their interest in UK politics has gone beyond the general and into the specific,’ he told The Telegraph. ‘What’s clear is that the Chinese Government is seeking to get increasingly involved in politics abroad.

‘Many of us know, through direct targeting in a crude way, that attempts to influence the UK have gone beyond what was normal a few years ago, and this seems to indicate that private companies in China are being used as part of a wider information-gathering effort.’

The Queen, Prince Philip, Prince Charles, Prince William, Prince Harry, Camilla, Duchess of Cornwall, Princess Anne, Zara Tindall and the late Princess of Wales Diana are all listed on Zhenhua’s comprehensive index – alongside their relations to each other.

Tony Blair, his children, and the children of John Prescott, Amber Rudd, Dominic Grieve, Ed Vaizey, Menzies Campbell and Chris Philp are included, while the wives of Johnny Mercer and David Lidington are named.

Jennifer Mordaunt, the mother of former Defence Secretary Penny Mordaunt and a relative of Labour’s first Chancellor of the Exchequer Philip Snowdon, is also listed by Zhenhua.

There is also a partial family tree of Britain’s wartime hero Sir Winston Churchill, including his grandson – the former MP Sir Nicholas Soames, his granddaughter Arabella Churchill and greatgranddaughter Flora.

Information about UK and US warships, including tweets that name the location of the ships when docked in ports, is being kept by Zhenhua, as well as files about British diplomats and their families posted around the world – including Dominick Chilcott, the British Ambassador to Turkey.

Thousands of profiles of British business people working at some of the UK’s biggest companies have been scraped together – such as Tesco, BP, Barclays, KPMG, GLAXOSMITHKLINE, British American Tobacco, British Gas, AstraZeneca and Unilever.

More than 200 people with professional connections to HSBC, which declared support for China’s draconian new security laws in Hong Kong imposed by Beijing earlier this year, are also being monitored.

Roger Carr, the chairman of BAE Systems, Britain’s biggest manufacturer and supplier of weapons, is listed in the database, while data on two employees of UK defence company Babcock International is also being kept. Richard Desmond, the property tycoon and Tory donor, is listed as a businessman.

The families of Justin Welby, the Archbishop of Canterbury, and Chief Rabbi Ephraim Mirvis are included on the list, while files also exist on the late actor Richard Attenborough, Lord Lloyd-Webber’s mother, Siân Lloyd, the television presenter, and Emma Rhys-Jones, the wife of Welsh footballer Gareth Bale – in an apparent nod to UK culture.

A spokesman for Zhenhua refused to comment on allegations that it was engaged in China’s surveillance programme, telling The Telegraph: ‘These questions touch upon our trade secrets. It’s not convenient to disclose.’

A Chinese Government spokesman also refused to comment on its connection with Zhenhua, adding: China has not asked and will not ask companies or individuals to collect or provide data, information and intelligence stored within other countries’ territories for the Chinese Government by installing ‘backdoors”.

Around 2.4 million people are included in Zhenhua’s database, assembled mostly based on public open-source data including social media profiles.

Canberra-based cybersecurity consultancy Internet 2.0, whose customers include the US and Australian Governments, said it had recovered the records of about 250,000 people, including about 52,000 Americans and 35,000 Australians.

Internet 2.0 was givene the data by Christopher Balding, an American academic who left Shenzhen to return to the US because of security concerns.

In a statement shared on his blog, Professor Balding called the Zhenhua data leak ‘staggering’ and said experts ‘continue to radically underestimate the investment in monitoring and surveillance tools dedicated to controlling and influencing, not just its domestic citizens and institutions, but assets outside of China’.

Zhenhua Data, a technology company based in Shenzhen, China, is thought to be part of a network of private Chinese firms conducting electronic surveillance on individuals worldwide for the Chinese Government.

The company says it has sold ‘services for military, security and foreign propaganda’ to ‘domestic institutions’ in China, including the Government and security services.

Its website describes social media and online analysis as a ‘weapon of intelligence warfare’ that can be used to ‘shape people’s perceptions and redesign society’.

Very little is known about the leadership of Zhenhua, or the exact nature of its relationship with a number of other Chinese data firms involved in intelligence gathering on behalf of the government.

It has data processing centres in more than 20 countries around the world, as well as regional offices in Beijing, Wuhan and Wuxi.

‘Last year I began research into Huawei, simply because I thought I was well placed to figure out some basics I had heard people talk about but remained open questions,’ Professor Balding wrote on his blog. ‘I never guessed the relatively abrupt turn my research focus would take due to stumbling into what, for China researchers, is something akin to discovering the Holy Grail.

Out of this initial research question, a series of events and introductions took place that unveiled enormous amounts of data collected by activists from China. This data provides proof of activities that China was believed to engage in, but for the first-time, data confirmed these activities.

Our team has an enormous amount of work provided to us that we are working through and intend to publicize about the authoritarian threat that is China under Chinese Communist Party rule.

‘Reviewing the raw data, even Chinese ‘experts’ continue to radically underestimate the investment in monitoring and surveillance tools dedicated to controlling and influencing, not just its domestic citizens and institutions, but assets outside of China.

‘We are working with governments, journalists, and select academics or think tanks around the world to help provide the necessary range of expertise needed to analyze and understand the data. What cannot be underestimated is the breadth and depth of the Chinese surveillance state and its extension around the world.

‘The world is only at the beginning stages of understand how much China invests in intelligence and influence operations using the type of raw data we have to understand their targets.

‘A project of this size would not be possible without multiple people. The first thanks goes to Rob Potter and his entire team at Internet 2.0. They brought significant technical expertise to the data across a range of areas.

‘From working through how databases were constructed, to how governments use this data, their work has been vital to realizing this project.

‘The individual who provided the Shenzhen Zhenhua database by putting themselves at risk to get this data out has done an enormous service and is proof that many inside China are concerned about CCP authoritarianism and surveillance.

‘The journalists who worked so hard on this story to understand the data, its intended use, the company, and the technical tools behind the database deserve enormous praise. This was a difficult and complex story, but their commitment to working collaboratively and in good faith as a team and with us to understand and fact check everything represent the standard journalism strives for.

‘Finally, there are many people who contributed in big and small ways that deserve recognition, but for various reasons wish to remain or need to remain anonymous. Their contribution was instrumental in bringing this project forward and for their work I am deeply grateful for seeing the vision.

‘I am motivated by the concern that the scope of the authoritarian threat from Communist China remains poorly understood, by even many China experts. The depth and capabilities of their desire to engineer the soul, as John Garnaut so eloquently put it, must be acknowledged.

‘They have and are building the tools to accomplish these objectives. Hopefully, this provides some small evidence to their objectives and that we in open liberal democracies begin taking them seriously.’