EXPRESS INFORMER > News & Politics > Chinese driver, 52, DELIBERATELY crashes a bus into a reservoir killing 21 in an act of revenge

Disgruntled Chinese driver, 52, DELIBERATELY crashes a bus into a reservoir killing 21 including himself in an act of revenge after his home was earmarked for demolition by officials

By Emilia Jiang For Mailonline

A bus driver in China drove a vehicle full of passengers off a bridge and into a reservoir in a deliberate act of revenge against society, police have said.

The divorced 52-year-old man, known by his surname Zhang, had downed a bottle of super-strength liquor before carrying out the act, according to an official statement on Sunday.

Twenty-one people – including the driver himself – died and 15 others were injured after the bus fatally crash last Tuesday in south-western Chinese city Anshun.

A bus driver in China intentionally drove his vehicle full of passengers into a 50ft deep reservoir in an act of revenge. Pictured, firefighters look for survivors in the wrecked bus 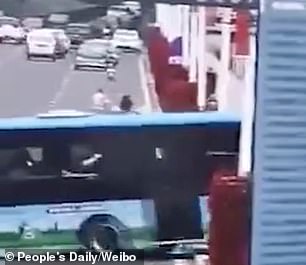 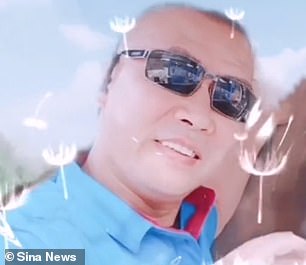 A bus driver (allegedly pictured on the right) in China drove a vehicle full of passengers off a bridge and into a reservoir in a deliberate act of revenge against society, police have said

In a statement released on Sunday, Anshun police claimed that Mr Zhang had deliberately driven the bus into the lake to seek revenge over the government’s decision to knock down his home.

Surveillance footage shows the bus carrying 36 passengers swerved into opposite traffic lanes before plunging off a busy road into the pond on July 7.

The deepest point of the reservoir is about 15 metres (50 feet) below the ground, an official told The Beijing News. The water where the bus plunged into is around 10 metres (33 feet) deep.

After nearly 10 hours of rescue, the local fire brigade found a total of 37 people in the wrecked bus, of whom 21 had been pronounced dead. Fifteen passengers were injured and one survived unhurt.

The 52-year-old bus driver ‘was unhappy about his life and about the demolition of the public-owned house he rented,’ the authorities said. 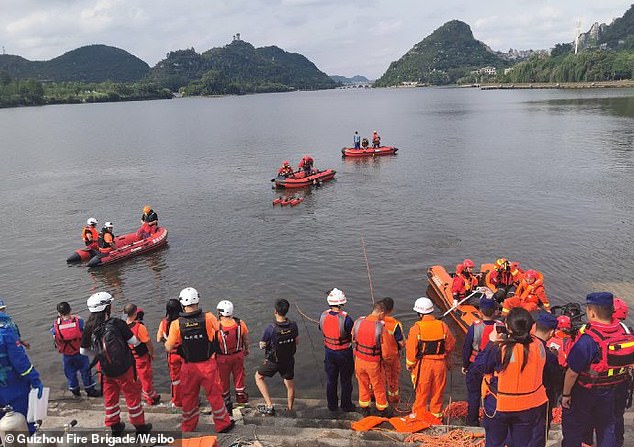 Twenty-one people – including the driver himself – died and 15 were injured after the fatal bus crash. A team of rescuers are pictured searching for survivors on the scene last Tuesday 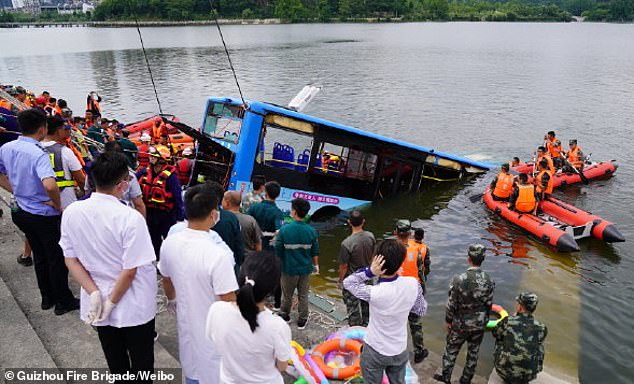 The 52-year-old bus driver ‘was unhappy about his life and about the demolition of the public-owned house he rented.’ Pictured, the bus being salvaged from the reservoir in Anshun

On the morning of the incident, Zhang saw that the house was about to be demolished and rang a government hotline to complain, according to the police statement.

But police said Zhang had signed an agreement in June authorising the demolition and had been promised more than 72,000 yuan (£8,160) in compensation which he left unclaimed.

He is accused of deliberately ‘conducting ‘an extreme crime”, the notice said.

Police found that Mr Zhang had been drinking alcohol while passengers got on and off the bus, the statement said.

As he approached the reservoir, the bus driver suddenly veered across five lanes of traffic, through a guardrail and into the waters, police said.

Mr Zhang drowned and an autopsy found alcohol in his system.

The bus was said to be in perfect condition before the incident occurred. 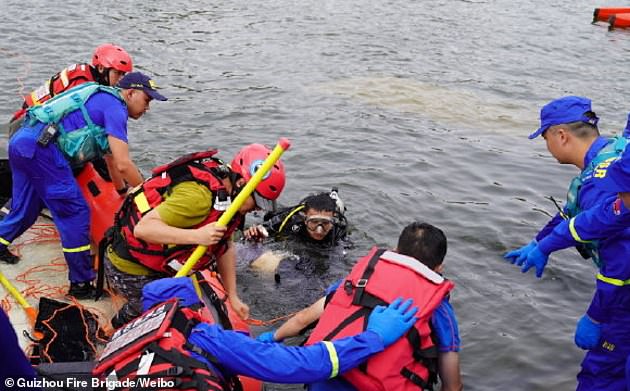 The large vehicle crashed through the bridge’s barriers and plunged into the Hongshanhu reservoir next to the structure. Pictured, firefighters continue their search for survivors 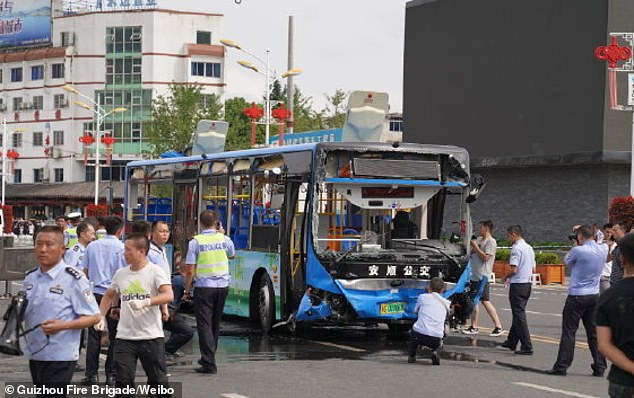 A hashtag relating to the Anshun police statement had gained over 1 billion views on Weibo by Monday morning, with many comments condemning the driver.

‘Why impose your own pain on so many families?’ wrote one user.

Another said: ‘No kinds of pain should be an excuse for one to murder people.’

The news comes as China has seen another similar tragic accident, in which a bus plunged over 160 feet off a bridge into the Yangtze River in south-western Chinese city Chongqing.

The bus lost control after the passenger attacked the bus driver and tried to snatch the vehicle’s steering wheel.

Thirteen people were found dead, and two were missing during the 2018 incident.