China is seeking security arrangements with island nations across the Pacific that resemble the controversial pact struck with Solomon Islands, a move that triggered concern in Australia and its allies including the United States.

The details of the proposed arrangements are contained in pre-written joint communiques that Beijing officials plan to release after meetings with island nations on Monday, documents obtained by AAP show.

The pre-determined outcome of those meetings adds an assertive new layer to China’s expansion into the Pacific, a region that has been largely uncontested since the Allied victory in World War II.

The president of the Federated States of Micronesia, David Panuelo, urged caution in a letter to Pacific leaders. He said that the documents’ contents represented the ‘single-most game-changing proposed agreement in the Pacific in any of our lifetimes’.

Chinese government representatives in Australia were contacted for comment.

The communiques, obtained by AAP, are separated into two documents.

One is concerned with the outcome of the meeting between Chinese officials and the foreign ministers of 10 Pacific nations invited to talks scheduled for May 30. The second details the five-year process to implement the supposed agreed-upon plan. 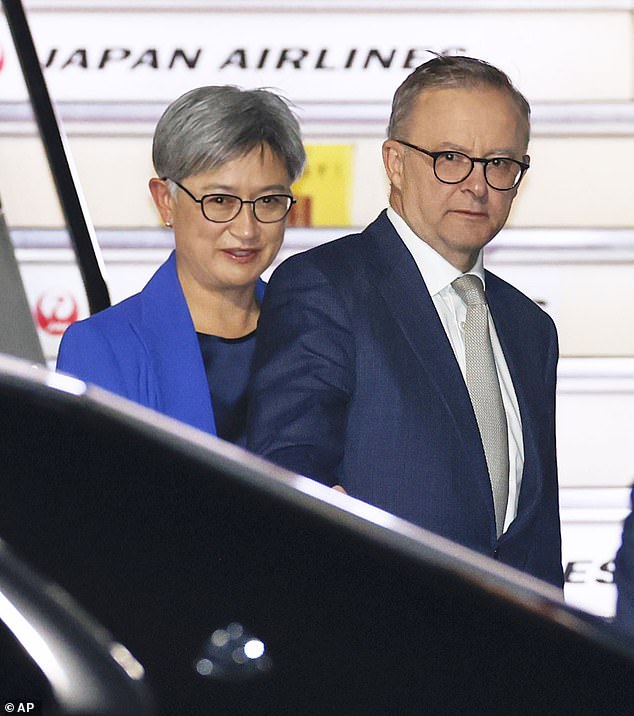 Prime Minister Anthony Albanese and Foreign Minister Penny Wong are pictured. There are concerns over meetings held between Chinese officials and foreign officials of Pacific nations

Notably, the communiques state there is agreement to strengthen cooperation between China and Pacific nations on ‘traditional and non-traditional security’ to promote regional stability.

‘China will hold intermediate and high-level police training for Pacific Island Countries through bilateral and multilateral means,’ the document said.

China’s description of the security arrangements resembles how Beijing officials described the pact with Solomon Islands, which they said was based on maintaining social order and safeguarding national security.

That security pact featured heavily in the early stages of the recent Australian election campaign amid allegations the Morrison-led government mishandled Pacific diplomacy. 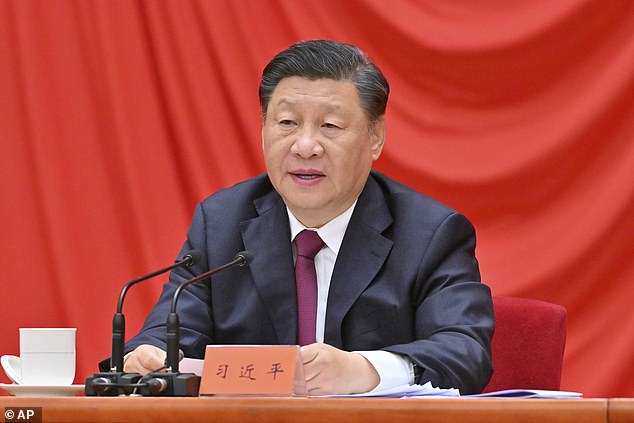 It is understood that 10 island nations with whom China has diplomatic relations are invited to attend the China-Pacific Island Countries Foreign Ministers’ Meeting on May 30, the second in a new series of annual meetings.

They include Fiji, Solomons, Papua New Guinea, the Federated States of Micronesia, Samoa, Tonga, Kiribati, Vanuatu, Cook Islands and Niue. The meeting is to be held by videolink.

The first document, a 32-point outcome of the May 30 meeting, extends into almost every major facet of island life, from supporting language exchanges to combating climate change and increasing trade.

The communiques also pledge cooperation between Beijing and the Pacific nations on sensitive communications infrastructure, including cyber security, as well as customs and quarantine infrastructure.

It also stipulates that both sides have agreed to formulate a so-called marine spatial plan to ‘optimise the layout of the marine economy’.