By Glen Owen and Harry Cole For The Mail On Sunday

Political figures and advisers who profit by helping the Chinese regime to target British businesses are to be investigated by MPs amid growing fears that Beijing is using the cover of Covid-19 to advance its commercial interests.

The move comes after a China backed company mounted an attempted coup at Imagination technologies, a UK firm which designs graphic chips for apple.

The company was sold to private equity business Canyon Bridge Capital Partners in 2017 for £550million in a deal approved by Theresa May’s Government on the basis that the company would remain subject to US laws.

However, the organisation later moved its head office to the Cayman Islands – outside Us jurisdiction. Last week, senior MPs sounded the alarm after China Reform Holdings, the Beijing-backed lead investor in Canyon Bridge, tried to take control of the firm – amid fears it planned to transfer the ownership of intellectual property to China.

Tom Tugendhat, the Tory chairman of the Foreign affairs Committee, warns ‘suited svengalis’ who profit from the skills they’ve acquired over years of training would face scrutiny.

Writing in the Mail on Sunday, he says: ‘too frequently, we’ve seen those who once wrote the rules and negotiated agreements to protect us, and some who still sit in our Parliament, selling the tricks they learned in Government.’

This newspaper has seen correspondence linking Global Counsel, the public affairs company chaired by Peter Mandelson, to Canyon Bridge. Global Counsel’s staff includes Alex Dawson, who was working for Mrs May in Downing street when the 2017 deal was agreed.

In the correspondence, Ben Wegg-Prosser, the company’s managing director, advises Canyon Bridge over how to respond to MPs demanding reassurances over the British company’s future. 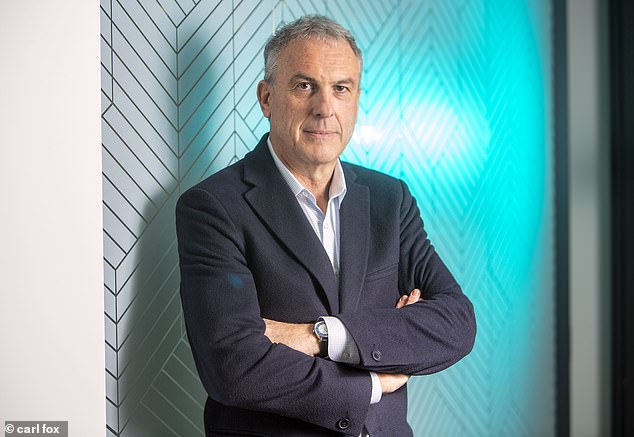 It is understood that Sir Simon Fraser, the former Permanent secretary of the Foreign Office, also has a paid role advising Chinese company Huawei

The row follows a similar outcry in the party over Boris Johnson’s decision to allow Huawei to help to build the UK’s 5G network, which led to furious protests over the potential threat to security.

The Chinese tech giant – which refutes claims it is an arm of the Chinese Communist Party – has built up a network of spin doctors and lobbyists with a combined annual wage bill running into several million pounds.

Their lobbying efforts are led by Roland Rudd, brother of former Home secretary amber Rudd, in association with a network of former Government special advisers and journalists.

Nearly three-quarters of Britons think the UK should sue the Chinese Communist Party for compensation over its handling of Covid-19, a poll reveals.

The survey also finds that only a quarter support the Government’s plans to allow controversial Chinese tech giant Huawei a role in building Britain’s 5G network.

In the Survation poll of 1,001 people last week, 71 per cent said Britain should pursue China through the international courts.

Calls for an international inquiry into China’s handling of the outbreak were backed by 83 per cent, while 74 per cent blamed China for the pandemic.

On a future role for Huawei, 40 per cent of those surveyed opposed the move, with just 23 per cent in favour.

This newspaper has also learnt that Sir Simon Fraser, the former Permanent secretary of the Foreign Office, also has a paid role advising Huawei.

His firm Flint Global provides strategic advice to Huawei’s UK arm. During his time at the Foreign Office, Sir simon championed the so-called ‘Golden Era’ agenda in the run up to the state visit by China’s president Xi in 2015.

Ministers have now dubbed this push to become China’s closest ally in the west, the ‘Golden Error’. Huawei has also signed the exboss of British telecom, Sir Michael Rake, to chair its board.

Mail on Sunday understands that the Cabinet Office is considering tightening up the coming National security Investment Bill that will give the Government more powers to block deals that threaten national interests.

On Saturday night, a source at Global Counsel said the firm advised Canyon Bridge on ‘policy matters relating to its investment portfolio’ and had no contractual relationship with China Reform Holdings.

The source said neither Mr Mandelson nor Alex Dawson had any involvement in Global Counsel’s mandate for Canyon Bridge, and added that Imagination technologies had reconfirmed its commitment to the UK on Friday following a meeting with the Government.