Harrowing CCTV shows the chilling moment a father-of-four was stabbed to death by a drug dealer armed with a Rambo-style knife inside a car.

Malik Hussain, 35, was knifed four times in the chest as he sat in a VW Golf before being dragged into the street and stamped on as he lay dying.

West Midlands Police released the disturbing footage today after one of his killers Haseeb Mirza, 26, was jailed for life at Birmingham Crown Court on Thursday.

Mirza launched the ‘utterly merciless’ attack with his brother Adeeb – who is on the run – following a row outside a nightclub over a spilled drink on July 12 last year. 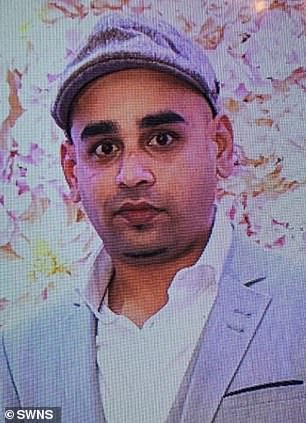 Malik Hussain, 35, (right) was stabbed four times, dragged from a car and stamped on as he lay dying in Birmingham last year. Drug dealer Haseeb Mirza, 26, (left) has been jailed for life for his part in the murder while his brother Adeeb is still on the run after fleeing to Pakistan

Emergency services rushed to Baker Street, in Sparkhill, Birmingham, at around 11.20pm but Mr Hussain was pronounced dead by paramedics.

Shockingly, Mirza flagged a taxi down to drive him past the murder scene before he celebrated the killing with a drive-thru meal at his favourite McDonald’s restaurant.

The drug dealer desperately tried to flee the country but police tracked him down to a Travelodge in Yardley, Birmingham.

When he was arrested cocaine and cannabis with a street value of £1,000 was found stashed under a mattress in his room.

And during a search of his home in Small Heath, Birmingham, two Rambo-style knives were found which were used in the murder.

On Wednesday Mirza was found guilty of murder following a trial at Birmingham Crown Court. He was jailed for life to serve a minimum of 21 years. 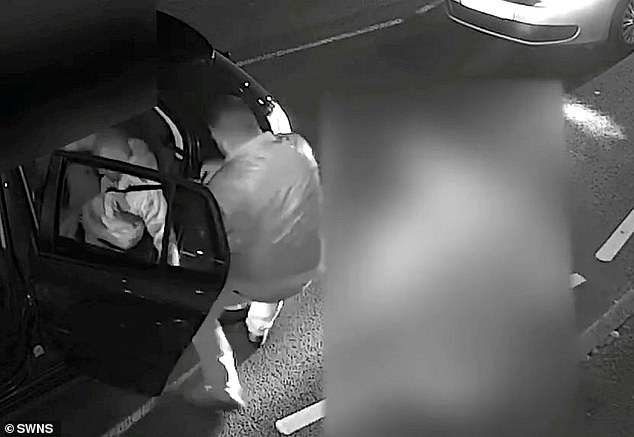 Less than 24 hours after the killing last July, his brother Adeeb Mirza fled the country to Pakistan and is still being hunted by police.

Following the case, police have released footage showing the struggle that ensued in the Golf as Mr Hussain was stabbed before being dragged him from the vehicle.

The car is seen coming to a stop shortly after a crossing and the men struggling on a backseat.

One man, Mr Hussain’s friend Mr Yousaf, then gets out of the car and runs around to the left back door before trying to pull the men apart.

Haseeb Mirza then races around to the rear and starts to pull Mr Hussain out, leaving him on the floor as other horrified motorists queue in traffic behind the Golf.

During a trial in Birmingham, the court heard that both Mirza brothers were drug dealers and on July 12 had been outside the club waiting for customers. 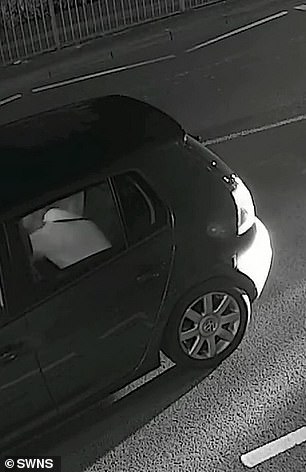 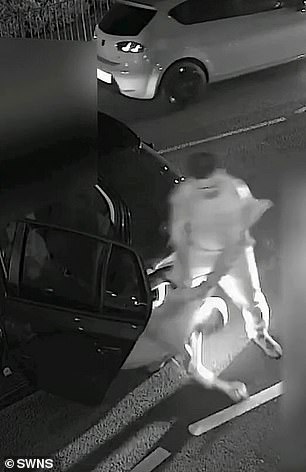 Mr Hussain and friend Adeel Yousaf were said to have been looking to buy cocaine and got into their vehicle, reports Birmingham Live.

Mr Adrian Keeling QC, prosecuting, said the brothers received a call to meet another customer so the car drove out of the Digbeth area.

At 11.19pm the Volkswagen Golf they were travelling in stopped in Baker Street where Mr Hussain was stabbed by Adeeb Mirza, the court was told. 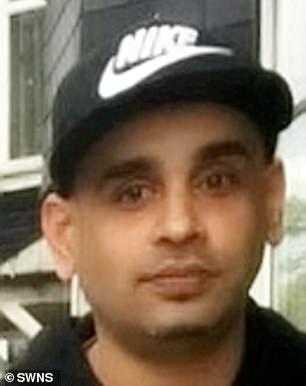 After he was dragged out and stamped on, passers-by tried to help but could not save Mr Hussain’s life.

Detective Inspector Michelle Allen, of West Midlands Police, said: ‘This was a murder which shocked the local community and we have worked flat-out to get this conviction.

‘Malik’s family are truly devastated by his death and although they are still trying to come to terms with their loss, we hope this successful prosecution goes some way to providing some of the answers they so desperately needed.

‘Our investigations are very much ongoing and we are doing all in our power to trace the second man in the car and bring him before the courts.’

‘He would do anything to help his family and anyone that knew him. Life will never be the same without him.

‘He will always be missed on special occasions, at birthdays, family get-togethers and weddings. 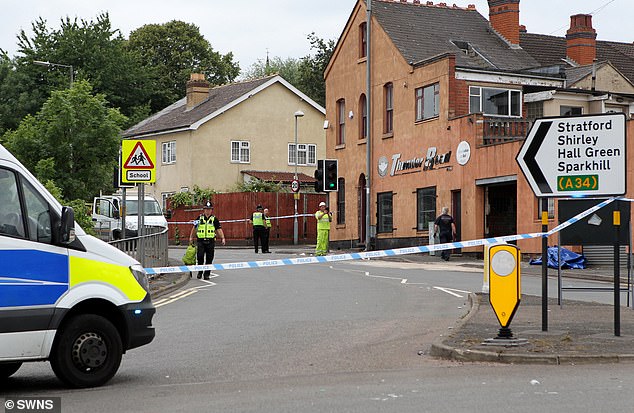 ‘We miss his jokes and his laughter. His smile was enough to brighten up the whole room.

‘There is not a member of our family that has not been severely affected by what happened to Malik on that night leading to his untimely death.

‘Words cannot describe the pain and heartbreak our family has gone through and will continue to go through for the rest of our lives.’