Fowl play! Friendly turkey tries to take Chilli the dog for a walk by tugging its lead but the pooch chases him away

An Australian brushturkey tried its best to take its four-legged friend for a walk in Sydney, Australia.

Joanne Righetti filmed this funny video showing the turkey pulling her dog’s lead with its beak in an attempt to make the pooch move. The dog, Chilli, appeared more than happy to chase the turkey back.

Righetti told Storyful that the bird lived in her neighbour’s garden and liked following her and Chilli’s walk every morning.

‘The turkey follows us and when we get home he likes to grab the lead. My dog is very tolerant and looks a bit bamboozled by his actions,’ Righetti said.

This is the moment an Australian Brushturkey attempted to take Chilli the dog for a walk in Sydney, Australia 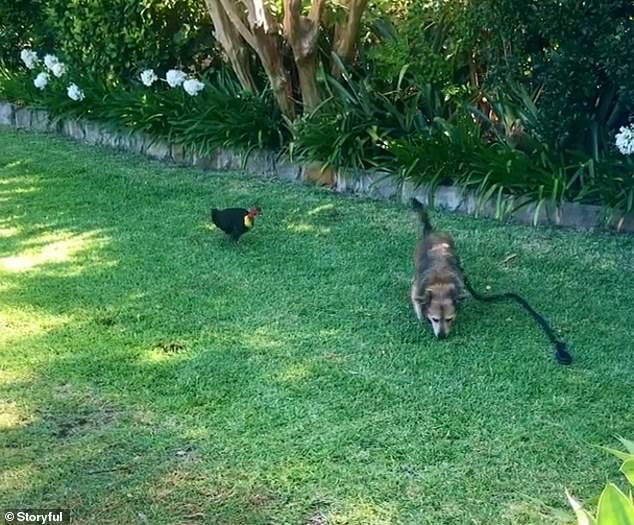 The Australian brushturkey is a protected species that can be found in New South Wales and Queensland.

Last month in New South wales, a goose called Tony was filmed thinking he was a dog.

Footage, filmed in New South Wales, Australia, shows the goose joining in with his pal William and honking in response every time the dog barks.

The hilarious ‘conversation’ is watched by another bemused dog called Betty who looks on excitedly.

Tony’s owner said: ‘Tony the goose was hatched by a chicken after he was abandoned as an egg. Now he thinks he is a dog!’

She said William and Tony have a wonderful friendship as she commented on their video ‘Tony Rigatoni and his best buddy William. He just loves him, I have no idea why, but its very wholesome. ‘

Tony lives with a collection of other animals apart from the dogs, including a Quaker parrot called Eggboi, a cockatiel called Yaga, two horses named Henry and Jay, and Dot the chicken who hatched him. 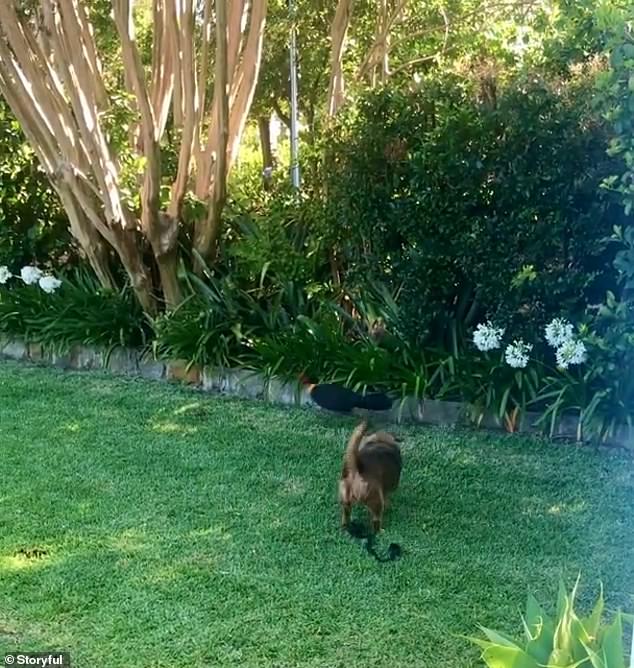 The goose was a year old on November 21 and his owner posted a video of him and Dot devouring a watermelon birthday ‘cake’.

She said: ‘It’s hard to believe that on this day a year ago Dot hatched out a tiny yellow ball of fluff that could fit in the palm of my hand, which has now transformed into this big honky handsome man!

‘He is Dot’s personal body guard, befriender of doggos, destroyer of watering cans and a healer of broken hearts with his absolute head empty energy. Completely loveable even though he is currently a hormonal goblin. My stupid chunky ham man.’