Primary school students will be encouraged to walk through the gates barefoot under a bizarre policy from next year.

But experts rubbished these claims as having no evidence to support them.

The school is determined to push ahead with the project, adamant it would be  beneficial on many levels.

‘We believe that children need opportunities to explore indoor and outdoor environments without shoes,’ the school’s newsletter reads.

‘Going barefoot is beneficial to children as it nourishes, strengthens and promotes agility in a child’s growing feet, ankles, legs, knees and hips.’

University of WA head of podiatric medicine and surgery Burke Hugo said there was no evidence it improved children’s gait, co-ordination or balance.

‘If they’re in a safe environment it certainly won’t hurt them, and maybe it will give them a little bit of freedom, but there’s no plausible evidence that shows benefits to it over wearing well fitted shoes,’ he told The West Australian. 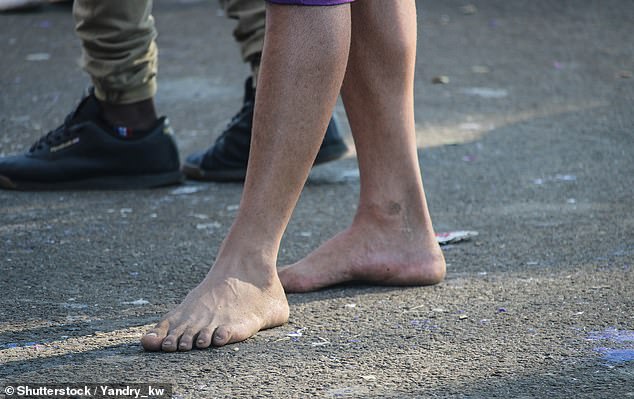 From 2022, the school will allow students from Kindergarten to Year 2 to leave their shoes at home (stock image)

Under the project, for students in Kindergarten through to Year 2, a pupil’s ‘agency’ – the ability to make decisions to influence events in their own lives – will be focused on.

‘They are literally stepping out of the normal rules and rigours of school, and they are being invited to be creative,’ he said.

‘It is about choosing to value the kids’ broader well-being.’