Parents claimed their kids are ‘terrified’ to go to class at a West Australian school after one student shared a video of himself holding a gun.

Police have told families from the Kalgoorlie-Boulder Community High School in the state’s Goldfields region that there is no risk to students’ safety but it has done little to alleviate concerns .

A male student last week posted a series of videos and photos to Snapchat of him brandishing a handgun, while another student warned there would be a potential ‘shoot up’ at the school.

Police attended the high school, but confirmed there was no ‘active shooter threat’ and that the gun was never brought on grounds, adding students were not at any risk.

An auntie of two boys at the school said children were still scared to even show up. 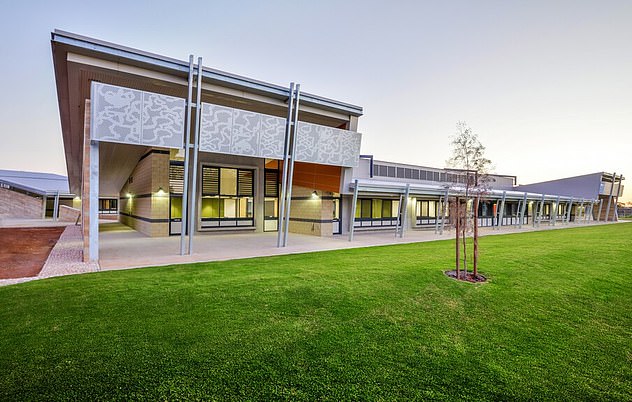 She said the claims from police were ‘ridiculous’.

‘Just ask the kids, they will tell you. It doesn’t stray, each time you ask a different kid, they all say the same thing,’ she added.

‘My nephew said to me, ”Aunty, they don’t just bash you, they’ll stab you” and it’s like what? Where are we?’.

Earlier this year one student was reportedly injured by another holding a ‘bladed weapon’. 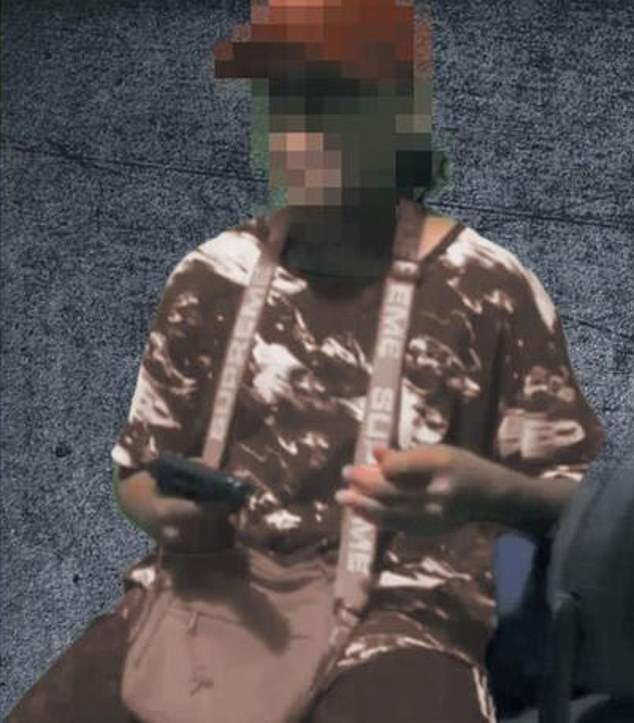 ‘We have deployed additional staff to provide support and increase supervision before and after school hours,’ she said.

‘It’s disappointing that the choices and actions of a very small group of students at the school have disrupted the learning of the majority of students who continue to do the right thing.

‘Violence is never OK, and any students involved in fights in public schools may be suspended or, in serious cases, face further disciplinary action such as exclusion in line with the State Government’s action plan against violence.’

The gun fears were sparked by the student who took to Snapchat to post a series of photos and a video of himself brandishing the weapon last week.

The video shows the armed boy holding the gun and listening to a hip hop song with a bag around his neck. The West reported he was reloading the gun in the clip.

At the time, the Department of Education and WA Police sent officers to the school to investigate, not long before a second student shared a separate post to social media warning that boy would bring the handgun to a school building for a ‘school shoot up’, telling students not to go to school. 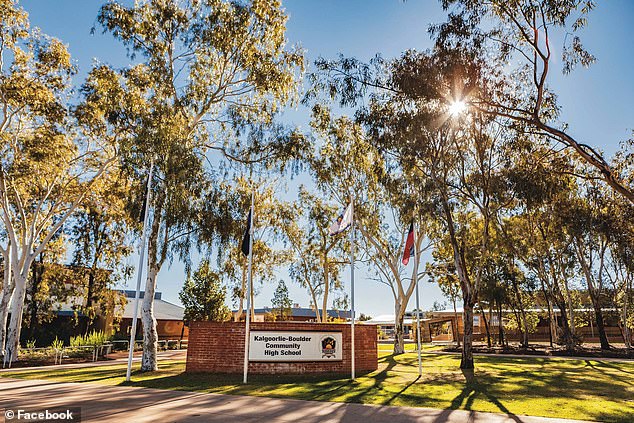 The boy, from Kalgoorlie-Boulder Community High School in Western Australia, allegedly made the threat last week after 19 students and two teachers were gunned down during US school shooting in Texas

It’s also not known whether the boy had access to weapons, with Police Commissioner Chris Dawson assuring the community they were safe.

Premier Mark McGowan said the threat was another reminder Australia must ensure it keeps its gun laws strict.

‘Obviously, there’s very heightened concerns about firearms in light of what occurred in America,’ he said, referencing the recent school shooting in Texas.

‘No matter what happens, we never, never, never want to get down the road that America has now.’