Cheryl Burke seemed to be making the most of the single life Friday in Los Angeles.

The recently divorced Dancing with the Stars alum stepped out looking stylish in a pair of high waist boot cut jeans with a button fly and offered a glimpse at her toned tummy in a cream cropped sweater with short puffy sleeves.

The 38-year-old actress styled her highlighted hair in loose waves and she wore camera ready makeup.

Stylish: Cheryl Burke, 38, stepped out looking stylish in a pair of high waist boot cut jeans with a button fly and offered a glimpse at her toned tummy in a cream cropped sweater with short puffy sleeves Friday in Los Angeles

Cheryl caught up with a friend and both spent some time looking at the Dance Moms star’s phone together, before she got into her car and drove away.

The 5’4″ beauty has recently made it through her own annus horribilis.

Not only did she end her three year marriage to actor Matthew Lawrence, 42, in 2022, but she stepped away from her job at Dancing with the Stars after 26 seasons on the show. 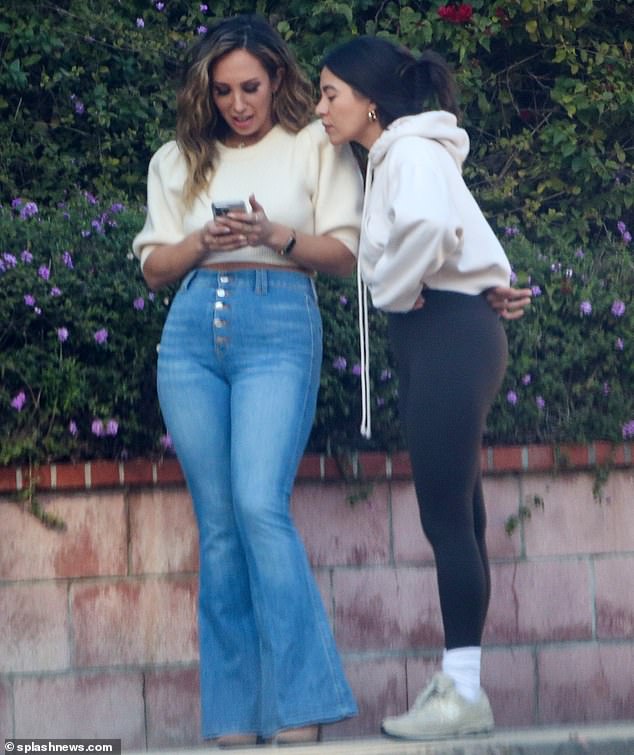 Friend consult: Cheryl caught up with a friend and both spent some time looking at the Dance Moms star’s phone together, before Cheryl got into her car and drove away

‘[It’s been] so hard,’ she admitted on TikTok. ‘This is like another type of divorce, but an amicable one.’

‘I am overwhelmed. I’ve been trying to hold back the tears, I would say, because I wanted to really perform the best I could. Now with all of that behind me, it’s bittersweet … but I have to just trust my intuition.’

Cheryl seemed to have a bit more difficulty with her ex-husband moving forward in a new relationship with singer Chilli, 51, from the group TLC, after the split. 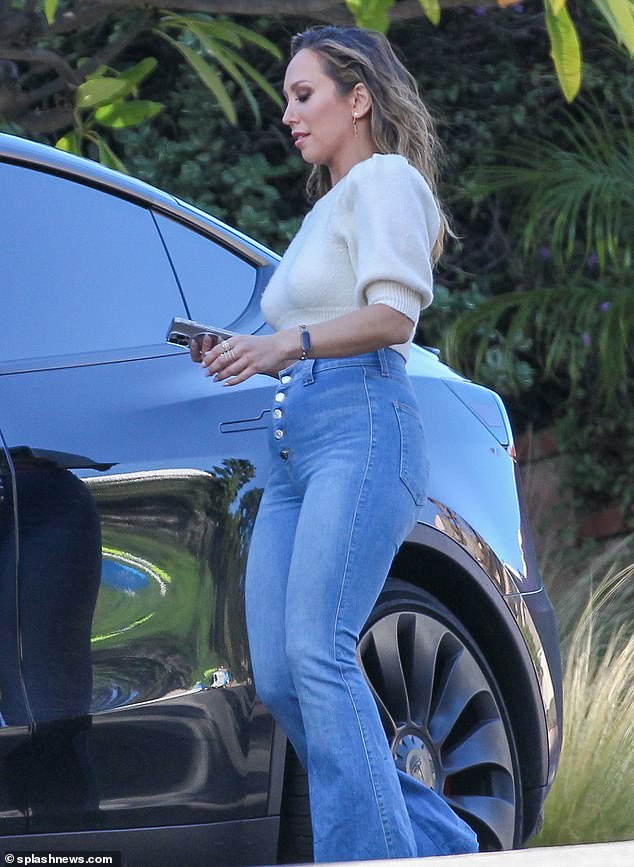 Moving on: Cheryl seemed to be looking forward to moving in in 2023 after divorcing her husband Matthew Lawrence, 42, after three years of marriage and ending her run with Dancing with the Stars

She took to her Instagram Story on January 3 to share a short text post that read: ‘That was fast…’ hours after Matthew and Chilli made their relationship public. The new couple claim they didn’t get together until after the divorce was underway.

For now, Cheryl is going to be focusing on her YouTube talk show, Diving Deep.  In the show notes for the trailer, the host promises fans will ‘get to witness the REAL Cheryl behind all the glitz, glamour, and mirror ball trophies that some may have seen me on their television screens now for over a decade.’

And during the shows, fans will  ‘hear stories that you never heard anywhere else from some of my friends who you may have heard of before like AJ McLean from the Backstreet Boys, Carrie Ann Inaba from Dancing with the Stars, Jack Osbourne, and many more.’ The first episode is scheduled to drop Tuesday January 10. 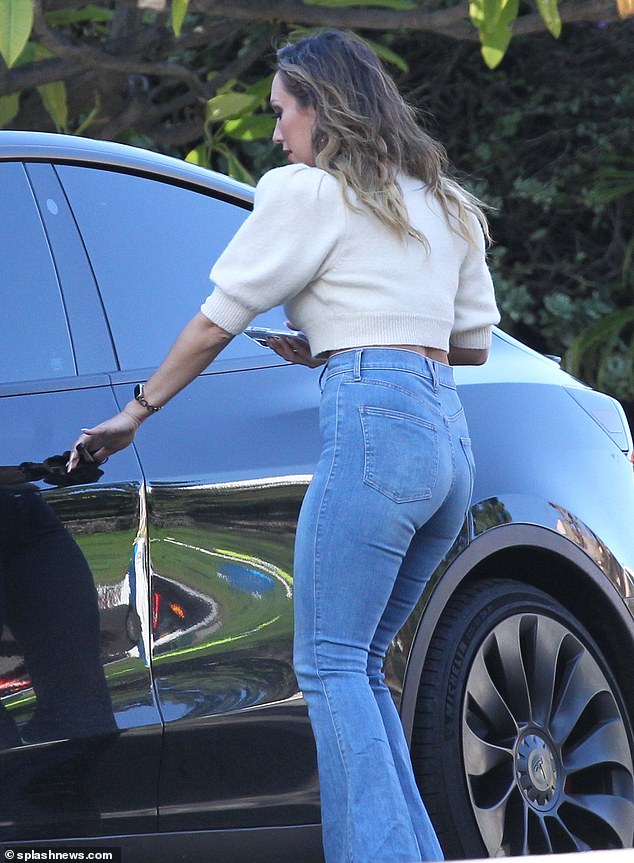 Diving Deep: Cheryl is launching a new podcast/talk show called Diving Deep, in which she will reveal the ‘real Cheryl’ while chatting with her famous friends. The first episode is set to drop January 10