The Spanish giants advanced to the semi-finals of the Champions League after beating Chelsea 5-4 on aggregate on Tuesday night.

Chelsea led 3-0 on the night but goals from Rodrygo and Karim Benzema ensured Carlo Ancelotti’s side won the tie. 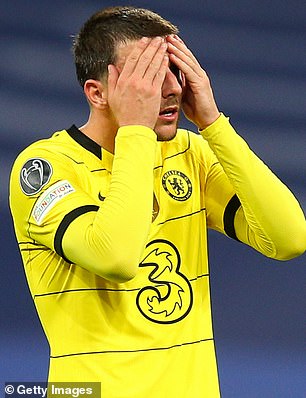 Following the the final whistle, Kroos was seen mimicking Mount’s movement as he pretended to look into the distance.

The pair’s feud goes back to last season when the two teams met in the semi-finals. Chelsea won the tie 3-1 before eventually lifting the Champions League trophy.

Speaking before the second leg last year, Kroos insisted he was not fearful of Chelsea’s attacking threat, saying: ‘In my 15 years playing football, I never lost sleep.

‘They showed in Madrid that they play as a team. They have a German coach so that doesn’t surprise me. They defend well and have pace up front, those are their strengths.’

Mount scored Chelsea’s second goal of the night five minutes from time as the Blues won the game 2-0 at Stamford Bridge.

He then hit back at full-time of the second leg and insisted that both Kroos and Real Madrid ‘need to lose sleep over us as a team.’ 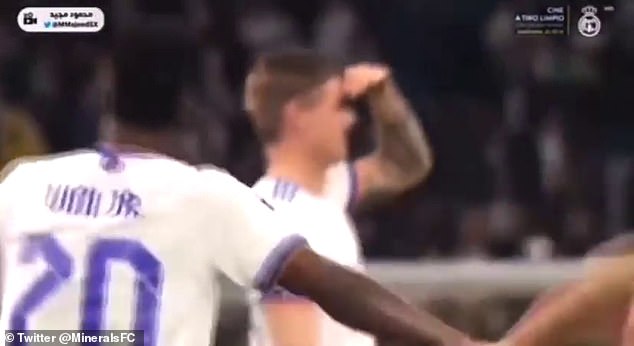 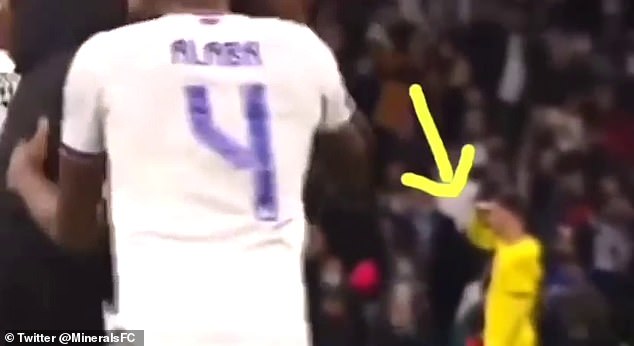 The England international told CBS Sports: ‘I saw one of their players say before that he doesn’t lose sleep over individuals.

‘But as a team, they need to lose sleep over us as a team. We give so much, we defend for our lives.’

Kroos then came out in a lighter tone to respond to Mount’s comments, tweeting the next day: ‘Still sleeping ok. But well done yesterday. congrats. Good luck in your first CL final.’

Ancelotti’s side will play Manchester City on April 26 and May 4 for a place in the final at Stade de France.