Trevoh Chalobah capped a memorable Chelsea display with a wonderful goal against Juventus but he has the answers in defence too… at just 22, he already looks the part for the Blues and he will be key to their future too

Trevoh Chalobah is Chelsea’s present but also very much their future.

As one of just two centre-back options they have tied down beyond next summer, Thomas Tuchel knows Chalobah is one he can currently plan with long-term.

Tuchel has shown great faith in Chalobah with Tuesday the latest display as he handed him his first ever Champions League start against Juventus.

This was not a giveaway appearance in a meaningless game either.

The Italian giants are always significant opponents and Chelsea needed a positive result to guarantee their place in the last-16.

Chalobah also got the nod ahead of the more experienced Andreas Christensen and club captain Cesar Azpilicueta.

His selection proved justified once again on another memorable night for the 22 year-old. 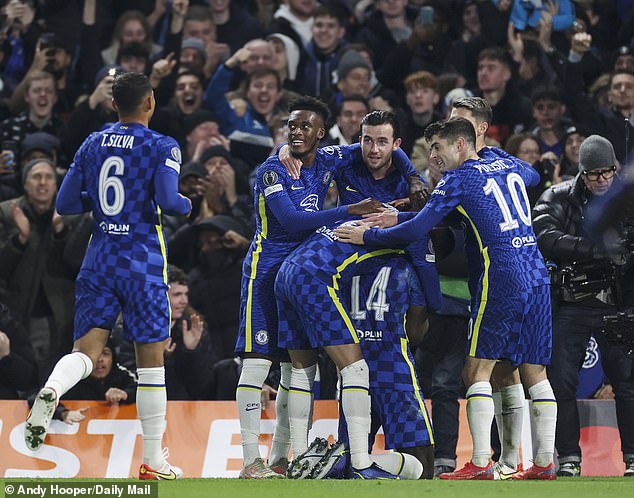 The highlight was his goal, a brilliantly-taken swivelling half-volley to set Chelsea on their way. Just as importantly, he did not put a foot wrong at the other end too. Juve were already through but did pose Chelsea some questions without really troubling Edouard Mendy until late on.

Whenever he was called upon Chalobah had the answers, not looking out of place amongst illustrious centre-back company such as the classy Thiago Silva and wily Antonio Rudiger and Juve pair Leonardo Bonucci and Matthijs de Ligt.

His alertness caught the eye whenever booed former Blue Alvaro Morata or Federico Chiesa threatened in his territory. Manager Thomas Tuchel has put much faith in the defender, giving him a five-year deal

As did his awareness of any attempts to get in behind him, readiness to track runs and refusal to shirk his responsibility to tuck in and cover on the few occasions Juve pulled Chelsea out of shape.

This was not a night and nor does he play in a position where risks are required and Chalobah was safe and secure in everything he did.

Often it was just two touches from Chalobah, though only one was needed for his goal. 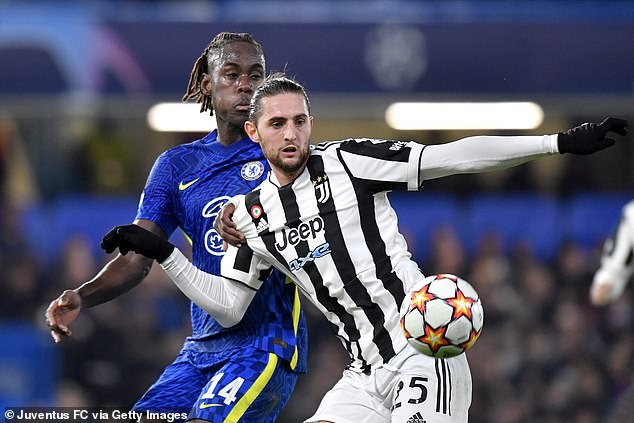 Lethal going forward and alert at the back, Chalobah already looks settled in the Blues defence

After he struck in the first half Chalobah’s name rang out around Stamford Bridge and his rise to prominence and into the affections of Chelsea fans is great for the club.

After losing some of their even younger players during the summer, Chalobah represents an alternative story of hope for Chelsea’s academy kids.

He expected to go out on loan again but took his chance in pre-season, impressed Tuchel and has not looked back earning a new five-year deal and plenty of admiration and adulation.

‘He’s a fantastic player,’ Chelsea favourite Joe Cole said. ‘My kids have got Trevor Chalobah on the back of their shirts, they love his hair, as well as his ability.’ They will not be alone.