Chelsea fans are being asked to pay more than three times the current price for their season tickets with costs reaching almost £4,000 next year, after the club upgraded the facilities in one of the stands at Stamford Bridge.

The West Stand upper tier has been rebranded, Westview, with new bars, food outlets and TV screens, but it comes at a cost for supporters wanting to keep their padded seats next season.

The current price of £1,250 will rocket to £3,900 per seat for a tier one ticket on and around the half-way line, which is likely to push Chelsea ahead of its London rivals for the most expensive seats in the Premier League next season.

This term, Spurs held that dubious honour with the top-priced season ticket at the Tottenham Hotspur Stadium setting supporters back £2,223, according to research by the newspaper group, Reach.

That price was only rivalled by Arsenal, where the most expensive annual season ticket cost £2,013.

The cheapest tickets were at Burnley – the Lancashire side’s most expensive this season was just £650.

Chelsea fans received notification of the price hike today and were quick to express their incredulity on social media.

‘That can’t be right surely there’s a typo in the email. How can they justify that?!’ tweeted one fan. 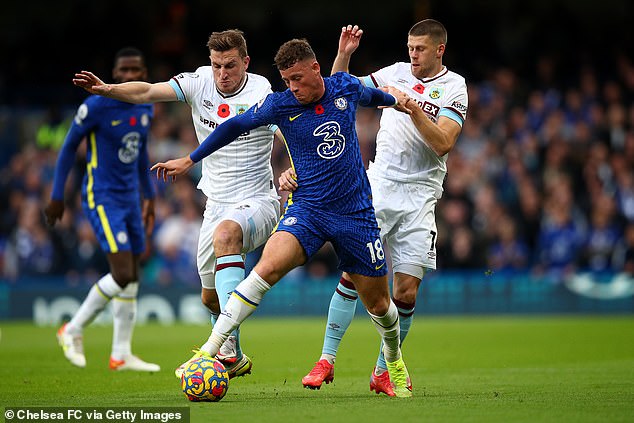 Can’t be right just for a seat with no corporate food and drinks package?

That can’t be right surely there’s a typo in the email. How can they justify that?!

Your current season tickets will fall into the Tier 1 category and therefore your price will be £3,900 per seat from next season.

That is over 100% increase. Cheers @ChelseaFC#chelseafc

Fans had been warned that the price would rise in the refurbished and rebranded section of the stadium. 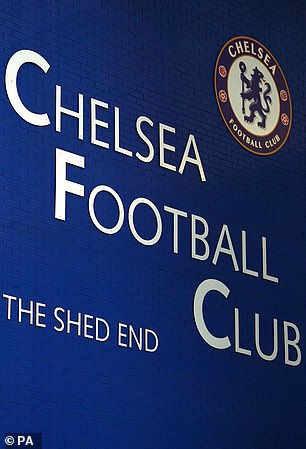 Chelsea have fallen behind their Big Six rivals in terms of matchday revenue, says Kieran Maguire

The works were carried out prior to the 2021-22 season and fans were allowed to renew tickets for this term, but would have to accept the new price structure or move in 2022-23.

Now, Chelsea have written to supporters.

‘As you will have seen, the concourse has been transformed to create a spacious area with lots of natural light,’ wrote Simon Hunter, head of venue and hospitality.

‘There are two new 360-degree bars with faster service and a new food hall serving an expanded range of high-quality food.

‘In the seating bowl we’ve introduced three big screens to ensure all seat locations can view the screen content for the first time, and all seats have been replaced with new padded seating.

‘When the changes were communicated before the start of this season, we explained that a new pricing model for Westview would be implemented for the 2022/23 season.

‘To give you plenty of time to review your options, we are now writing to let you know how this pricing model will be structured.’ 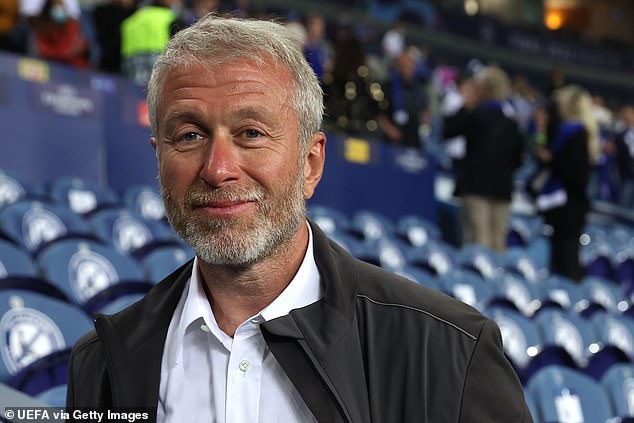 Chelsea’s finances are based on the support of owner Roman Abramovich and smart player trading, but there is scope for the club to make more from matchday revenues 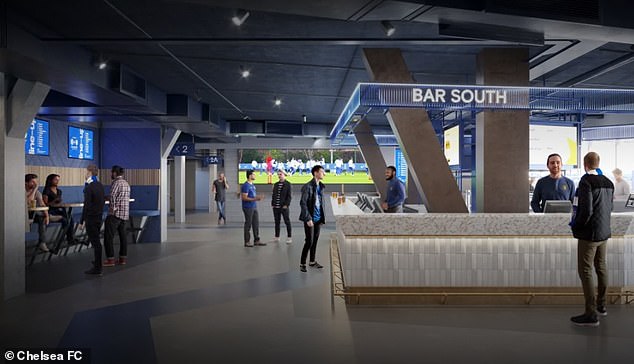 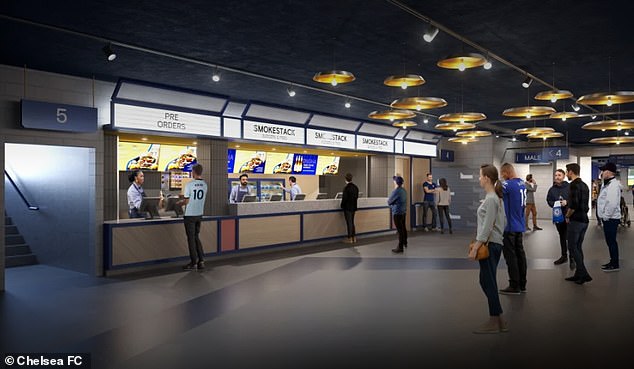 The creation of a premium seating area and the dramatic price rise reflects the need for clubs to generate more revenue from their stadiums, say analysts.

‘We have seen this at Tottenham, if you look at the variety of season ticket prices everything is geared towards having as many price points as you can in order to capture revenue,’ said Kieran Maguire, a lecturer in football finance at the University of Liverpool. 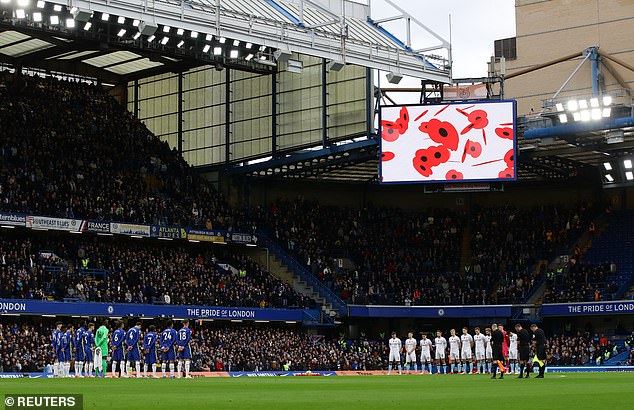 ‘Clubs are targeting different income brackets and degrees of wealth. Chelsea have fallen behind in terms of the revenue-generating ability of the Big Six.

Chelsea developed plans for a £1bn transformation of Stamford Bridge into a 60,000-seat stadium, which were given planning permission in 2017.

The current structure has a capacity of 41,600, but it would have been demolished to make way for the construction of a new ground.

The club received permission to start knocking down buildings around Stamford Bridge to make extra space back in March 2017. But work never began.

Chelsea acknowledged the expiration of the planning permission deadline back in March 2020.

Abramovich, who has invested heavily both on and off the field, shelved the planned redevelopment of Stamford Bridge after he was denied a UK visa three years ago.

At the time, it was reported that the decision was taken due to his frustration at bring unable to work in a country where he spent much of his time since acquiring the club. The delays led to him missing Chelsea’s FA Cup final win in May of 2018.

‘It is a combination of the benevolence of owner Roman Abramovich and a very clever player sales model that enables them to compete, but they are trying to get more money out of the stadium itself.’

When Chelsea completed the construction of the West Stand in 2001, it took the capacity of Stamford Bridge to 42,000, the highest of any team in London.

However, now the Blues have been easily surpassed by Spurs, Arsenal and West Ham, whose new stadiums are all at 60,000 capacity or above.

Maguire, who also hosts the Price of Football podcast, said that in a good year Chelsea will make in the region of £75M on match day income, compared to Spurs, which will generate around £120M.

As well as the additional comforts in the new Westview facility, the two highest tier prices in the pricing structure also include access to domestic cup matches and European group stage games, worth about £155 so far this year.

Chelsea did undertake consultation with fans before renovating the West Upper and implementing premium pricing, which included a survey of season-ticket holders, small group consultations and a market review.

‘We took the opportunity during the pandemic to review our current matchday experience and understand where we could improve as a club,’ Chelsea says on its website.

‘In looking at clubs of a similar profile to us, we realised that there is a gap in our stadium for a premium ticket option.’

And the club adds: ‘The feedback we received from the survey shaped plans to introduce a premium ticket in the West Stand Upper tier,’ the club says on its website.

‘Our objective was to deliver an improved matchday experience and address concerns shared during the survey process.’ 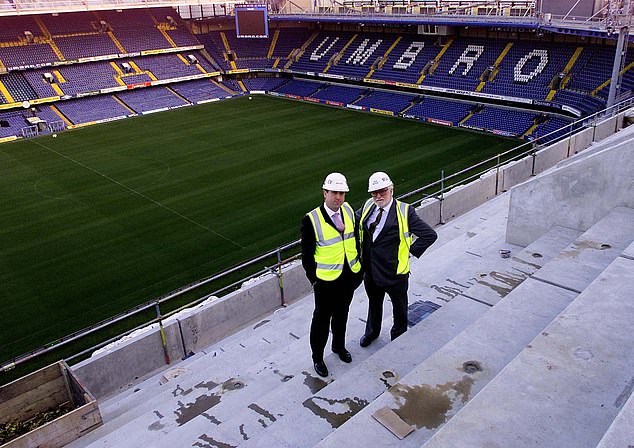 The West Stand was constructed under the chairmanship of Ken Bates and gave Chelsea the biggest capacity of any club in London, when it was completed in 2001