All four shortlisted consortiums looking to buy Chelsea say their bids will be entirely funded by cash and that they will not load debt on to the club.

Steve Pagliuca’s bid for the Blues will match the other three competing offers in having no debt, a source close to the Boston Celtics co-owner’s consortium confirmed.

‘We have been consistent throughout that this will be a credible and compelling bid,’ said a source close to Pagliuca’s bid team.

The four shortlisted consortiums must submit their final offers today to the Raine Group.

The New York merchant bank will then select a preferred bidder, with Chelsea’s sale still expected to be completed in May.

The Stamford Bridge club’s sale could yet reach a sports franchise record £3billion. 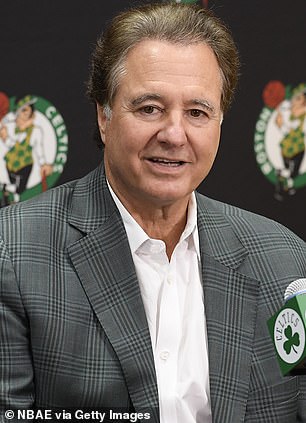 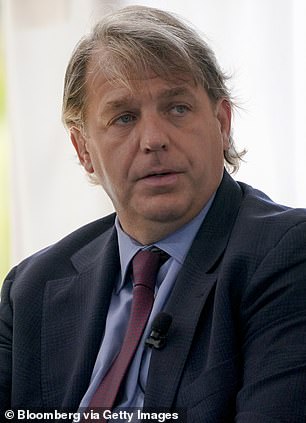 Pagliuca confirmed the make-up of his consortium on Wednesday, with NBA chairman Larry Tanenbaum as co-managing partner.

The 55-year-old was then sanctioned by the UK Government on March 10, with Downing Street claiming to have proven his links to Vladimir Putin.

Chelsea have been granted a special Government licence to continue operating, though under strict terms.

Abramovich cannot profit from Chelsea’s sale, but had already vowed to write off the club’s £1.5billion debt. 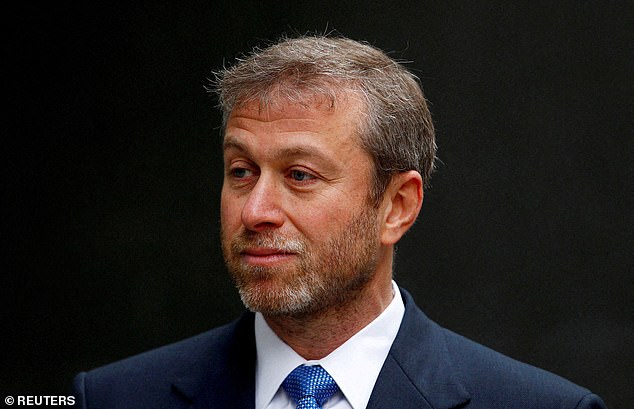 Roman Abramovich put Chelsea up for sale on March 2, amid Russia’s invasion of Ukraine

Raine Group’s preferred bidder will have to pass Premier League owners’ and directors’ tests, with the final step the granting of a new Government licence to process the sale.

The four Chelsea bidders’ promise of not loading debt on the club comes nearly two decades after the Glazer family bought a controlling stake in Manchester United for £790million, with the debt-loading takeover taking place in 2005.

As of the end of 2021, United’s net debt stood at £494.8m, with the scale of it being an ongoing issue continuously raised by the club’s fans who heavily oppose the Glazer family.

With Chelsea now looking to bring in new owners, the club’s fans will be desperate to avoid a similar situation to the one up north at Old Trafford.