Supermarket superstar! Chelsea midfielder N’Golo Kante stops for a chat and a photo with a starstruck shopper in ASDA – with supporters praising ‘humble’ £290,000-per-week star who drives a Mini and once went for dinner with fans he met in a mosque

Chelsea’s N’Golo Kante has once again captured the hearts of fans online after showing his humble side while shopping in Asda earlier this week!

The French midfielder is currently out injured with an ankle knock and was not in the squad for the Blues’ 1-0 win against Zenit St Petersburg on Tuesday evening.

The 30-year-old, known for driving a MINI despite being on £290,000 a week, seemingly tries to keep his costs low with his grocery shopping too as he was photographed with a starstruck fan in Asda – and he stopped for a chat!

Sarfaz Ahmed posted on Twitter alongside a photo of the pair: ‘Went out for some casual grocery shopping at Asda and look who I bumped in to.

‘What a player and what a human being! Very kindly took a picture with me and was so polite.

‘Listened patiently to what I had to say, so humble for a player of such class!’

Fans on social media couldn’t help themselves in reaction to the photo and quickly made harmless jokes in Kante’s direction, with one saying: ‘Hangs in the cheddar section – gets a foot in if anyone fancies themselves a big cheese!’

Kante was named the UEFA Midfielder of the Year and picked up the award from president Aleksandar Ceferin on Tuesday at Stamford Bridge. 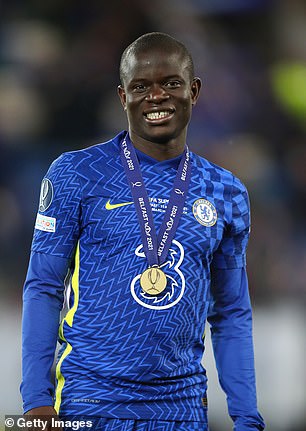 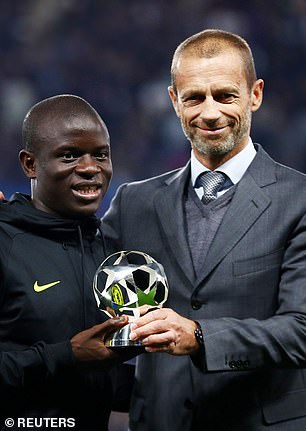 Back in May, Kante was mobbed by jubilant supporters as he made his way out of Stamford Bridge in his MINI on Wednesday night after helping the club reach the Champions League final.

The Frenchman’s choice of vehicle, which he has used since arriving in England at Leicester in 2015, is in stark contrast to the lavish and expensive supercars his team-mates all drive.

MINI Coopers start from around £16,000, making them a completely different option to the Bentleys and Ferraris we have become accustomed to seeing Premier League stars in.

Kante was man-of-the-match in the final triumph against Manchester City, but he suffered an injury in the draw against Liverpool last month which resulted in his current absence. 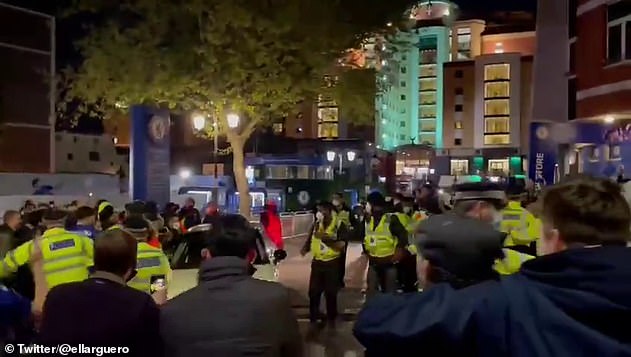