Chelsea keen to ‘secure new long-term deals for N’Golo Kante, Jorginho and Mason Mount… but only after futures of Antonio Rudiger and Andreas Christensen are finalised’

Chelsea will reportedly look to commit three star midfielders in N’Golo Kante, Jorginho and Mason Mount to new contracts in the coming months.

The trio played a starring role in the Blues’ Champions League triumph last season and are key players in Thomas Tuchel’s future plans.

And the Evening Standard report that negotiations to commit the players to improved deals will begin once more pressing contract talks involving Antonio Rudiger and Andreas Christensen are finalised. 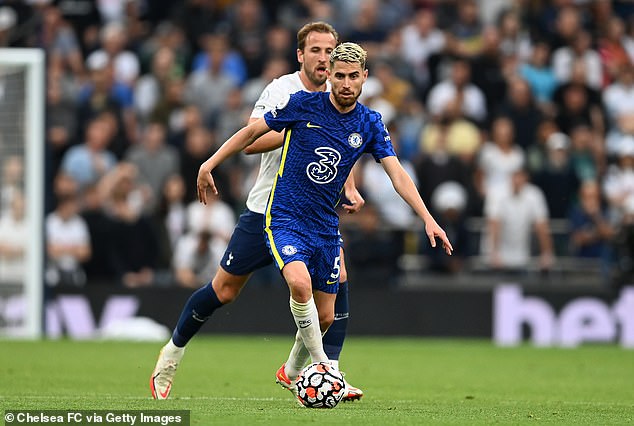 The report details that Danish centre back Christensen is closing in on a new £120,000 a week deal at Stamford Bridge.

Rudiger, meanwhile, is looking for closer to £200,000 a week and talks have slowed in recent weeks, with Real Madrid and PSG amongst the interested parties should the German be available on a free transfer at the end of the season.

‘I hope that they find solutions, but it’s not only between coaches and players, and what we wish for,’ said Tuchel.

‘And that’s why it’s between the club and the player’s agent at the moment. 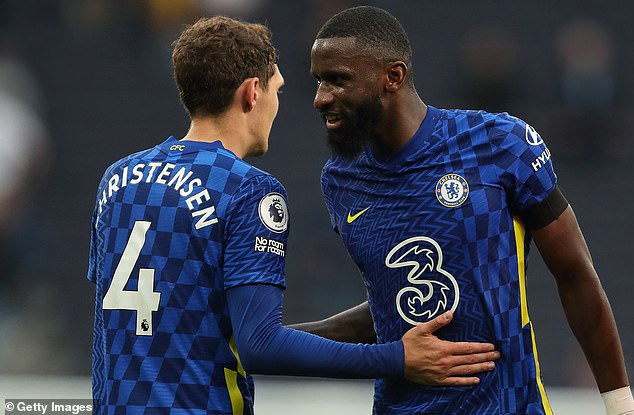 ‘He’s in the strongest league in Europe, in a big club, so not many reasons to change that. But in the end it’s between him and the club, and that’s in good hands.’

Kante and Jorginho have deals until the summer of 2023 while Mount is reportedly set to see an increase in wages following a breakthrough two years at Chelsea, first under Frank Lampard and now under Tuchel.

French World Cup winner Kante won the award for UEFA Midfielder of the Year while Italian Jorginho won the UEFA Men’s Player of the Year award after his role in the Blues’ European triumph and Italy winning Euro 2020.