‘I’m very, very happy to be here’: Joao Felix speaks for the first time since joining Chelsea on loan from Atletico Madrid as the Portugal star vows to ‘give a lot of fun to the fans’ and help Graham Potter’s side ‘reach the objectives’

New Chelsea signing Joao Felix has spoken out for the first time since joining the club on loan, insisting he will ‘give a lot of fun to the fans’ between now and the end of the season.

Felix has signed for the Blues on a short-term loan from Atletico Madrid, who chose not to include an option-to-buy clause in the deal while also handing their player a one-year contract extension.

The Portugal international will therefore be expected to return to Atletico next season, but Graham Potter at least has another attacking option at his disposal to help turn their nightmare campaign around. 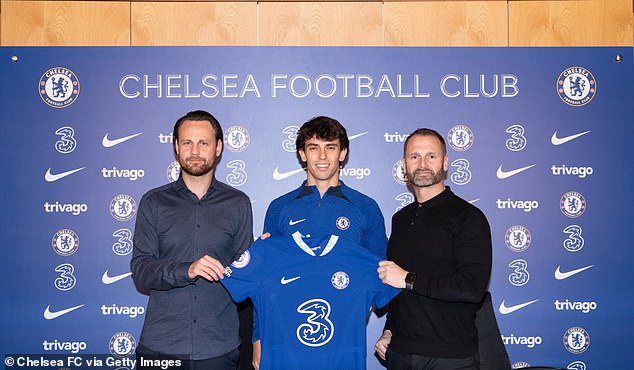 And despite it only appearing to be a short stay, Felix spoke of his delight to have arrived at Chelsea in his first interview on Wednesday.

‘I’m very, very happy to be here in Chelsea,’ he said in a video on the club’s website. ‘It’s one of the great teams in the world and I hope to help the team reach the objectives.

‘So I’m very happy and very excited to play here and to play in Stamford Bridge.’

Felix went on to recall playing at Stamford Bridge back in 2021, although there were no fans present in the stadium for Atletico’s Champions League last-16 defeat against Chelsea due to the Covid-19 pandemic. 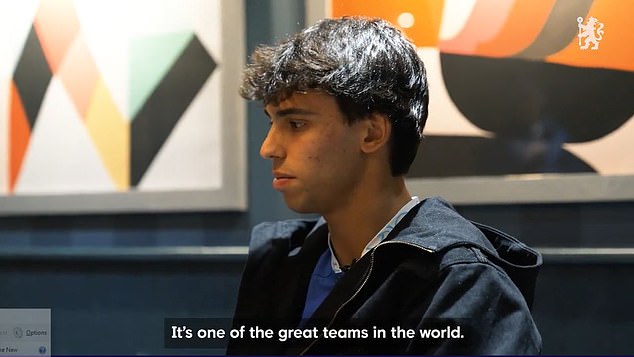 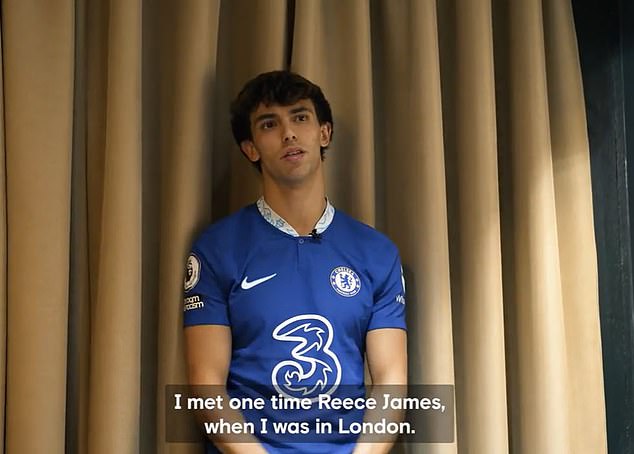 He was then asked about Blues stars from the past and said: ‘Chelsea players that I remember, I can say Portuguese players: Deco, Ricardo Carvalho, Paulo Ferreira, [Raul] Meireles.

‘But there are other players that are not Portuguese that I like too, like [Eden] Hazard, Frank Lampard, [Didier] Drogba.’

Felix, who has spent the last three-and-a-half years at Atletico after completing a £113million move from Benfica, will be without any compatriots at Chelsea given he is the only Portuguese star in Potter’s squad. 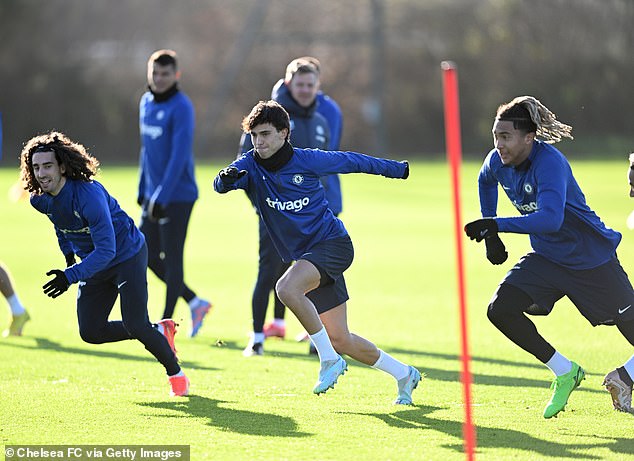 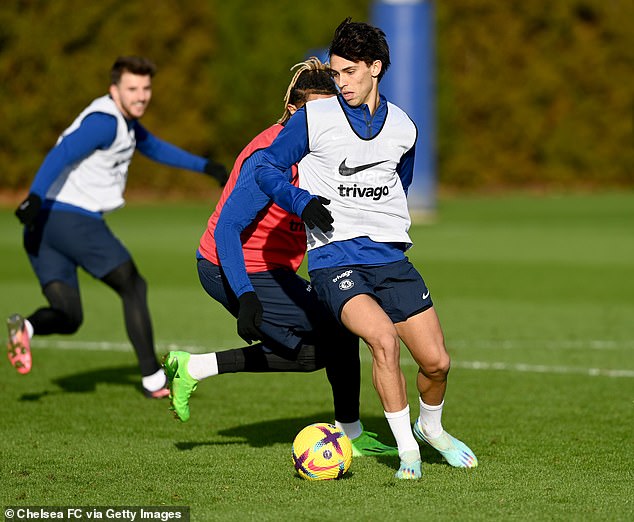 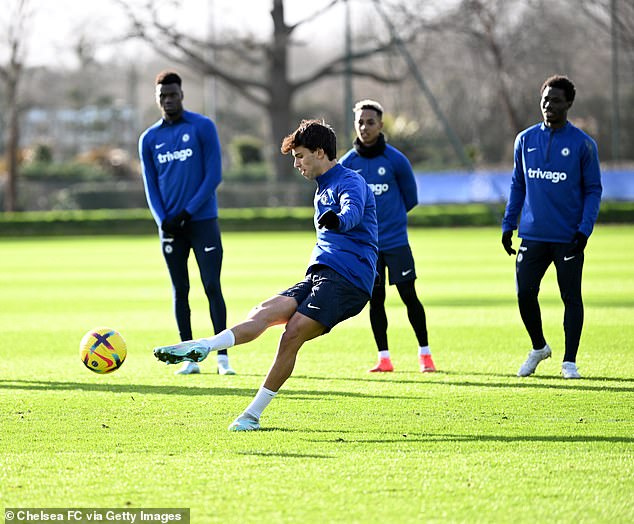 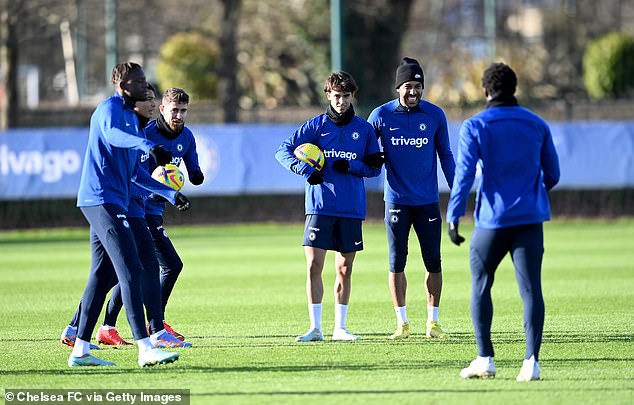 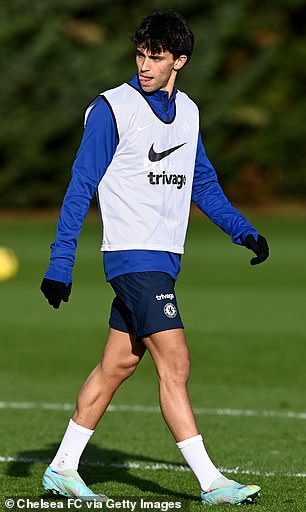 The Portugal star will wear No 11 at Chelsea

However, the 23-year-old is not walking into a complete unknown given he has already crossed paths with one of his new team-mates during a previous trip to London.

He continued: ‘So I don’t know a lot of London but I know it’s a big city, it’s a wonderful city. But now I’m focused on helping the team.

‘I met one time Reece James when I was in London in a restaurant. Amazing guy.’

Since heading to Atletico in the summer of 2019 Felix has generally failed to live up to expectations, registering just 34 goals and 18 assists in 131 appearances for the Spanish club.

Reports suggest he has endured a difficult relationship with manager Diego Simeone, meaning a January loan move made sense for both parties.

Yet after arriving at Chelsea, Felix has promised to ‘play with happiness’ and excite supporters during his brief spell in England.

He said: ‘I’ll bring my football, my happiness on the game and give a lot of fun to the fans.’

Before adding: ‘I don’t like to speak about me, but I will say that I’m a player that wants to have the ball and play with happiness.

‘I want to make all the fans enjoy my football and help the team.’ 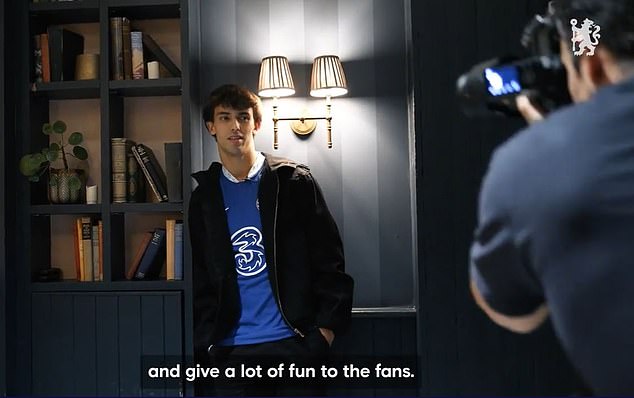