‘F*** sake, he’s not even Spanish… why is #HolaFelix trending?’: Chelsea are condemned on social media after unveiling Portugal international Joao Felix in the WRONG language – with Blues quickly deleting incorrect tweet

Chelsea’s new signing Joao Felix did not exactly receive the welcome he would have expected at his new club, after the Blues greeted him in the wrong language on Wednesday.

Upon the completion of his deal to join Chelsea until the end of the season, the team’s Twitter account welcomed him to Stamford Bridge in Spanish – despite the fact the Atletico Madrid loanee is a 28-time Portugal international.

Felix spoke of his happiness at having joined Graham Potter’s side on Wednesday and wasted no time in joining in training with his new club, and supporters will hope the 23-year-old can end their trend of big-name flops up front. 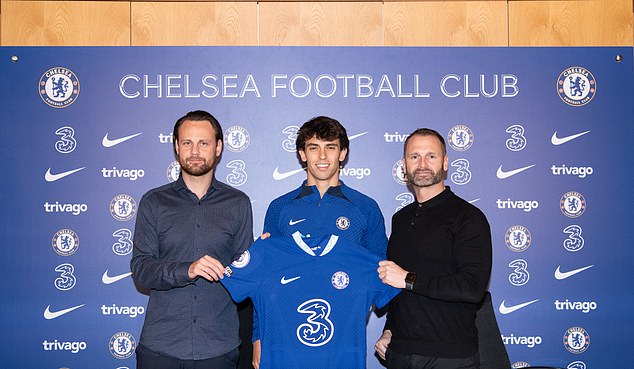 Felix officially became a Chelsea player on January 11, after the club agreed to pay a £9million loan fee, as well as pay the entirety of his £5.3m wages for the duration of his stay in west London.

However, in their announcement of his arrival, the Chelsea accounted tweeted: ‘#HolaFelix,’ with ‘Hola’ being the Spanish word for hello, rather than the Portuguese ‘Ola’.

And although the club were quick to share several new snaps of their latest arrival, the customary hashtag was nowhere to be seen. 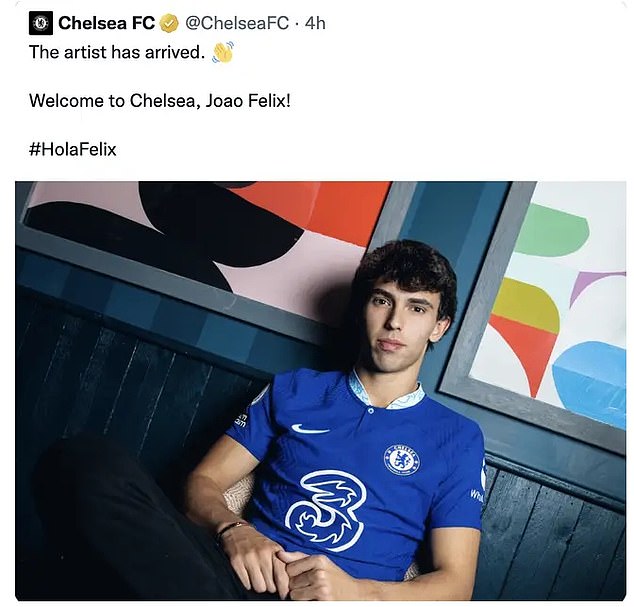 And fans were quick to pick up on the error, with one writing: ‘#HolaFelix’ lads you might wanna double check his nationality.’

Another added: ‘F*** sake, he’s not even Spanish… Why is the hashtag #HolaFélix trending? Only just realised.’

And a third said: ‘Don’t get upset with #HolaFelix. It’s normal that Irish teams don’t know the difference.’ 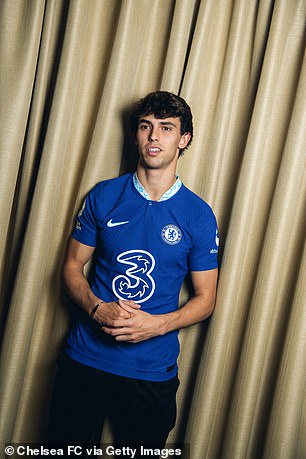 Chelsea will cover the Portugal star’s £5.3m wages for the duration of his loan spell

A fourth Twitter user claimed: ‘They think Spanish is spoken in Portugal. Considering it’s an English club, not surprising.’

But for one supporter, it was clearly an unforgivable blunder, causing them to write: ‘Just sack this media team.’

The Portuguese star has had an inconsistent time of things in the Spanish capital, since becoming one of the most expensive players in history after his £114m move from Benfica to the Wanda Metropolitano.

Despite showing glimpses of the promise and potential that caught the eye of Diego Simeone’s side in 2019, Felix is yet to take LaLiga by storm.

His best return in the iconic red-and-white stripes of Atleti is 13 contributions in the 2020-21 league season (seven goals, six assists), deployed often in a strike partnership in the Argentine manager’s favoured 4-4-2 formation.

And this season has been no different, with the 23-year-old managing just four goals and three assists in LaLiga from 14 appearances, although his World Cup showings suggested that there is still plenty to come from him.

Yet there will be plenty of pressure on his shoulders to deliver for Potter’s side, who sit in 10th place in the league and have been bereft of goals at times so far this campaign.

They have the fewest goals in the top half of the table, and Raheem Sterling’s six strikes lead the top goal scorer charts, followed by five from Kai Havertz. 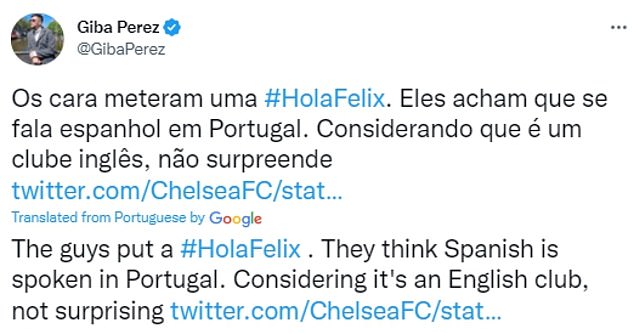 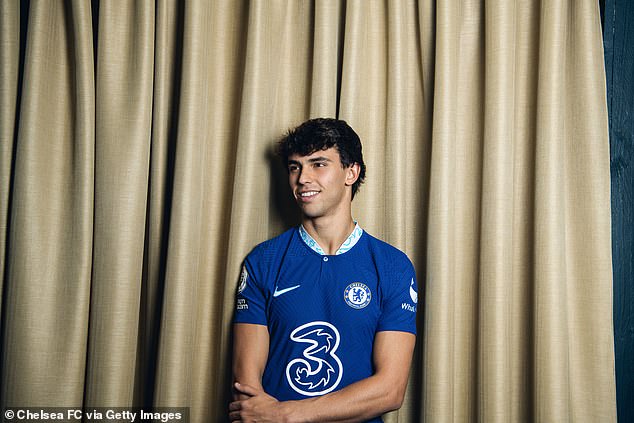