Chelsea have completed the signing of Vasco Da Gama midfielder Andrey Santos for £18million, as they continue to build towards the future.

The 18-year-old wonderkid has been attracting interest from numerous elite clubs such as Manchester City and Newcastle – but the Blues have won the race with his Brazilian club confirming the news.

His signature continues along the theme of building for the future under the new ownership of Todd Boehly as they’ve already completed the signings of Benoit Badiashile and Molde starlet David Datro Fofana this month. 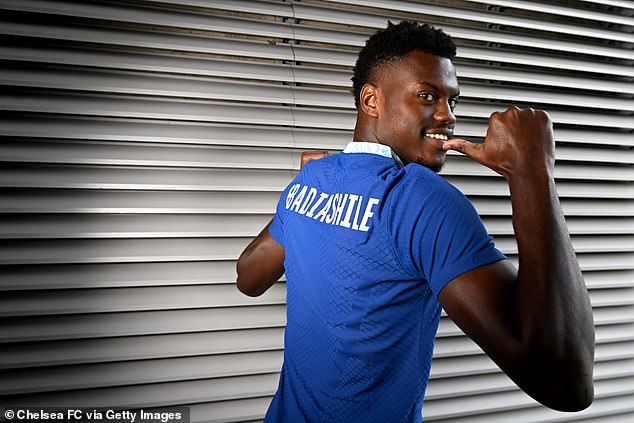 Santos become the third January transfer window signing for Graham Potter’s side after completing deals for Fofana and Badiashile already in the opening week.

Despite being just 18, Santos has been capped at U20 level by Brazil and is regarded as one of his country’s most promising midfielders.

He has already featured 38 times for Vasco Da Gama in the Brazilian second-tier, where he has scored a total of eight goals. 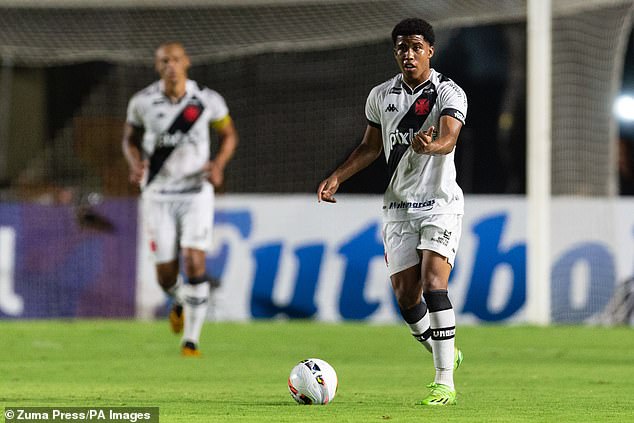 Vasco have said in a statement on the club’s website: ‘Vasco da Gama agreed this Friday (01/06) the permanent transfer of the athlete Andrey Santos to European football.

‘Born in the youth ranks of Gigante da Colina, the midfielder will defend the colours of Chelsea, from England, in the coming seasons.

‘The youngster will end his first spell at the club from Sao Januario at the age of 18 with 38 appearances and eight goals.

‘In Sao Januario since 2011, Andrey Santos started his career in futsal and it didn’t take long to become the main reference of the 2004 Generation. 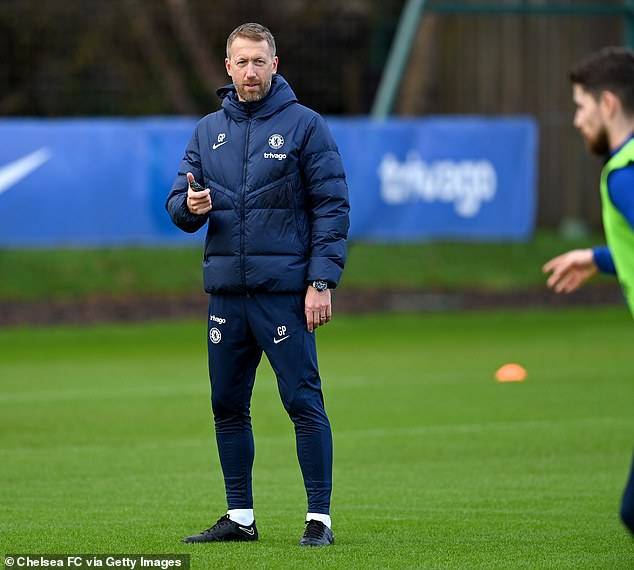 ‘In 2021, after debuting in a Carioca Championship match, Andrey Santos became the youngest player to ever play for Vasco da Gama in the 21st Century, leaving behind names like Talles Magno, Paulinho and Philippe Coutinho.

‘The definitive promotion of Andrey Santos to the professional ranks, however, only happened last season, during the dispute of the Brazilian Championship.’

Chelsea boss Potter will be eager to add more rising stars after a successful start to the January transfer window, having signed Badiashile and Fofana already while adding talents such as Carney Chukwuemeka earlier this year. 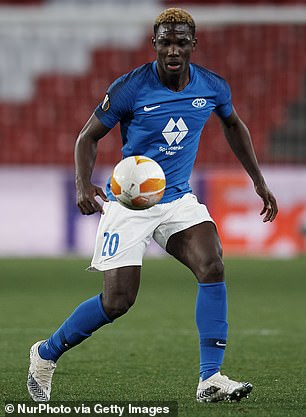 The former Brighton boss is also reportedly chasing his former club for midfielder Moises Caicedo after his impressive performances with Ecuador at the World Cup – but he will have to fight off interest from Liverpool too.

Boss Potter previously responded to his side being linked with so many players, by saying: ‘We will try in every window to improve, but January is a complicated one because it’s the middle of the season.

‘And in the meantime, we have to deal with all the noise of Chelsea getting linked with everybody and I don’t comment on any player that isn’t a Chelsea player.

‘As always, and it’s a boring answer, but my job is to help the players that are here and support the club in terms of decisions they make in terms of how to improve.’

Chelsea are expected to invest heavily in the transfer market with an injury crisis at the club, let alone their miserable start to the season, which sees them sitting 10th in the Premier League after 17 matches.