Chelsea-bound Joao Felix flies to London on a private jet with his influencer girlfriend to complete a medical to finalise his £9m half-season loan move… with the Blues also covering his £5.3m wages

By Sam Brookes and Kieran Lynch For Mailonline

Joao Felix’s influencer girlfriend Margarida Corceiro has confirmed on Instagram that she is flying to London with the Portuguese star ahead of his medical with Chelsea as he prepares to join the Blues on loan until the end of the season.

Sportsmail reported yesterday that the Blues are expected to beat Manchester United and Arsenal to the loan signing of the 23-year-old forward.

Chelsea will pay a fee of £9m to sign the Portuguese star and an announcement is expected on Wednesday. 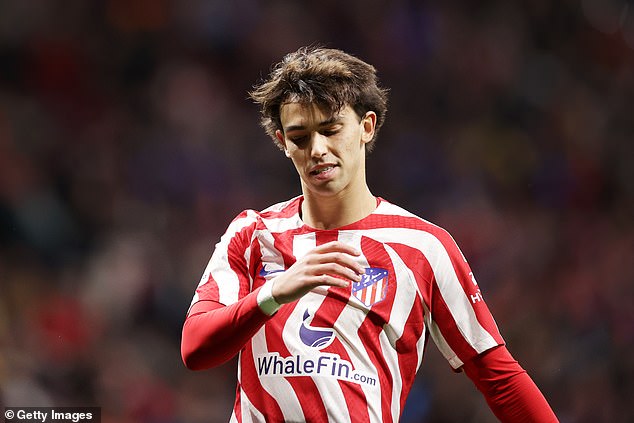 The deal is now close to being completed, with Corceiro posting a photo of herself smiling on a private jet on Instagram on Tuesday with the caption ‘Morning’ as she flew to London with Felix.

Felix is due to move to Stamford Bridge in a switch that will also see Chelsea cover all of his wages during the loan period, equating to £5.3m.

However, should he impress at Chelsea during the second-half of this season, Graham Potter’s side could struggle to bring him to the club on a permanent deal.

Marca have reported that the club want to sign the forward to a one-year extension before sealing his move to Chelsea.

It has been reported the move to Stamford Bridge would not include the option to buy Felix at the end of the season.

His current deal expires in 2026 but Atletico want to extend it to 2027 to ‘reduce the annual amortisation and balance their accounts’. 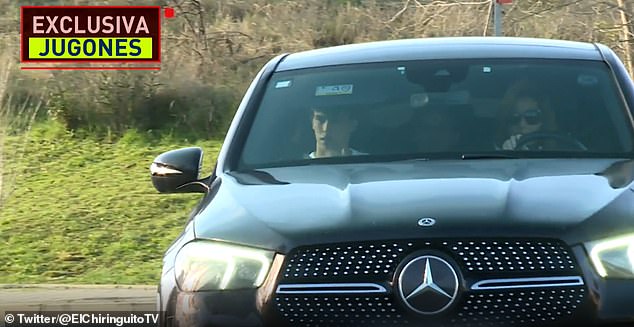 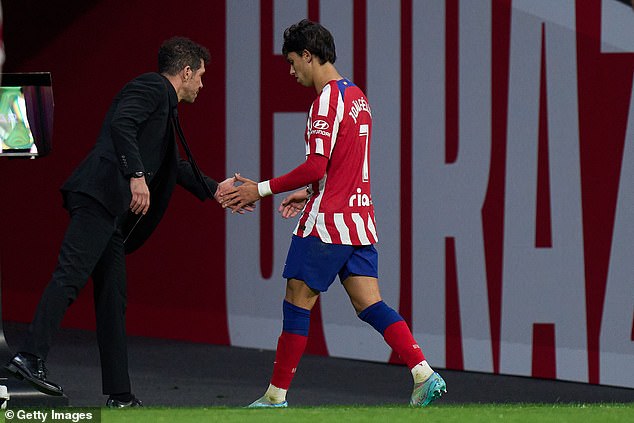 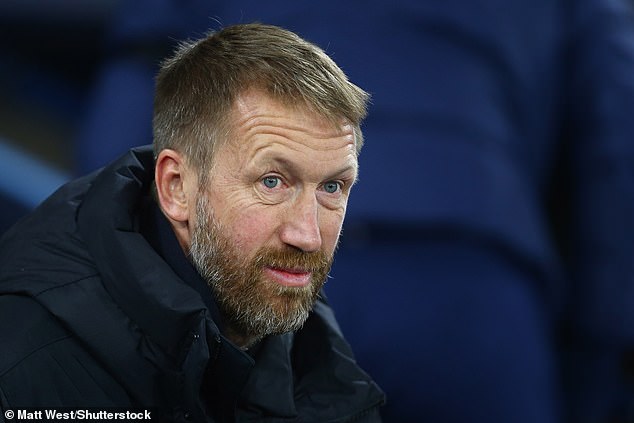 The Blues have acted swiftly to land Felix, who has made it clear that he wants to leave Atletico.

United reportedly balked at the loan fee being demanded by the Spanish giants and have since turned their attention to former Burnley striker Wout Weghorst.

Arsenal are also seeking reinforcements up front but were also put off by the price, and held talks with Atletico in a bid to lower it.

Chelsea are eager to revitalise their attack, with Graham Potter’s side having struggled in that department since he took over.

Felix, 23, has been inconsistent at Atletico this season. He has scored four goals and provided three assists in 14 LaLiga appearances. 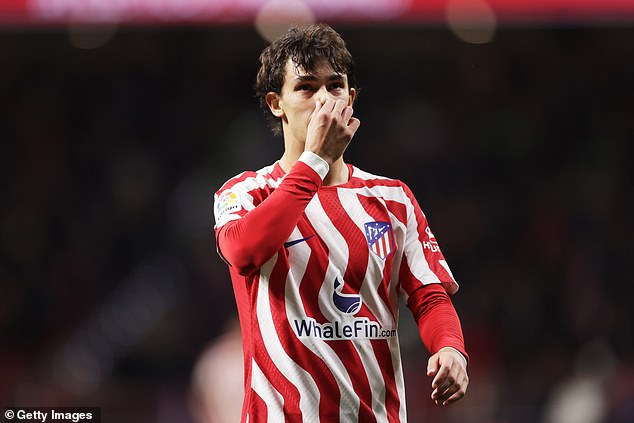 In 2019 Felix joined Atletico from Benfica for £113million, which remains the fourth highest transfer fee in football history.

Chelsea have scored just three goals in their last eight games in all competitions and at times have used Kai Havertz up front, with Pierre-Emerick Aubameyang out of favour.

Felix is expected to be the latest arrival at Stamford Bridge, with Chelsea having  already announced the signings of Benoit Badiashile, who cost £58million from Monaco, David Datro Fofana and Andrey Santos so far this window.