Graham Potter questions ‘surprising’ and ‘strange’ mixed feelings about midfielder Mason Mount from outside the club, as he hails the Blues star for his match-winning double against Aston Villa

Chelsea manager Graham Potter has expressed his confusion about the ambivalence around Mason Mount.

The England midfielder, 23, scored a fine double to help the Blues beat Aston Villa 2-0 at Villa Park on Sunday.

And Mount, who has started every one of Potter’s first six games in charge at Stamford Bridge, was defended by the former Brighton boss, who hailed him as a ‘fantastic person’ in a press conference before Wednesday’s clash with Brentford. 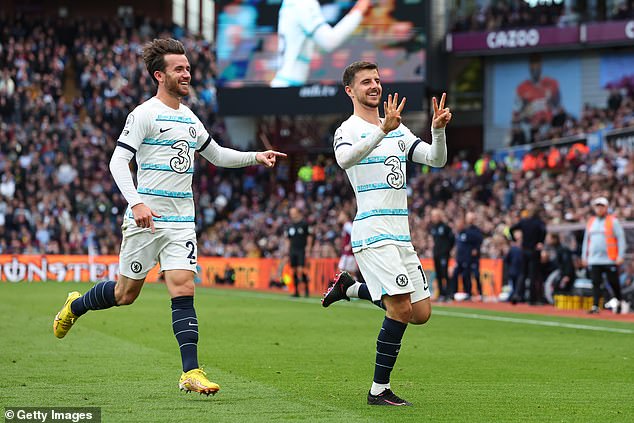 He said: ‘It’s a joy (to work with him). He is a fantastic person and loves to play football, loves the club here. It’s surprising, I get a few questions that there’s a mixed opinion on Mason.

‘I find that strange, especially from the outside, and when you start to work with him you just think he has everything to be a top player. 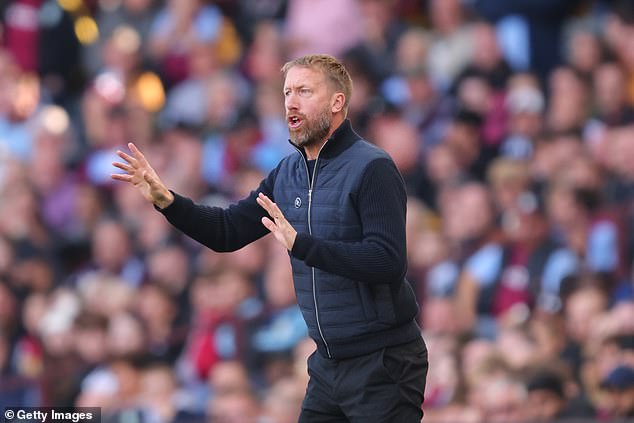 Mount recorded 11 goals and 11 assists in the Premier League last season and has cemented himself as a regular player under England manager Gareth Southgate.

He is expected to start for the Three Lions at the Qatar World Cup starting next month.

However, some England fans have criticised his status as one of the first names on Southgate’s team-sheet, feeling fellow attacking midfielders Jack Grealish, Phil Foden and Bukayo Saka are more exciting picks.