We all know that familiar urge to nosily dive into a bag when someone has been on a shopping spree.

And looks like this cute beagle puppy is no different.

But while most of us would wait patiently until we’re shown the contents of the bag, Tucker was in no the mood to waste time.

Adorable footage shows the four-month-old puppy, who lives with his owner Natalia Marciniak, 33, and her boyfriend Richard Parkin, also 33, in Milton Keynes, diving head first into a plastic Lidl bag presumably in search of tasty snacks.

As Natalia tries to gently shoo him away, Tucker keeps sticking  his head in the bag.

Not one to give up easily, the puppy then attaches himself onto the handles with his front paws and walks along the pavement on his hind legs beside Natalia.

The playful puppy even starts chewing at the back as he totters along.

Tucker can’t wait to see whether his owner Natalia Marciniak, of Milton Keynes, has bought him a treat or two from the shops

The adorable 13-second clip was shared on Tucker’s own Twitter page @Tucker_beagle on November 3 for his fans to coo at.

And he’s causing quite a sensation on his Instagram page @beaglemcmuffin which shows the playful pup getting up to all sorts of mischief.

The much-loved beagle has had a tremendous positive affect on its owners – especially Natalia’s boyfriend Richard who works for Mercedes Benz at their head office in the town. 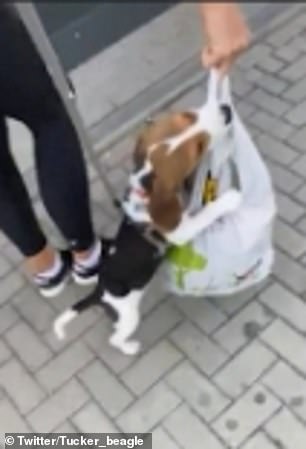 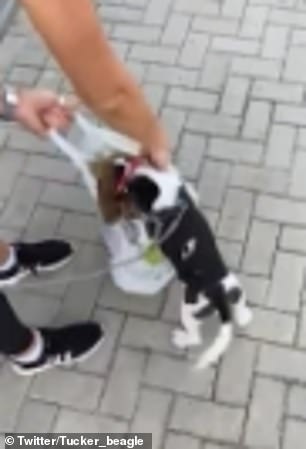 Natalia said despite loving dogs, Richard didn’t want to take on the responsibility of owning and looking after one.

But during lockdown, he became depressed, lonely and anxious.

Noticing the change in his behaviour, Natalia decided to take a gamble and surprise him by bringing Tucker home. 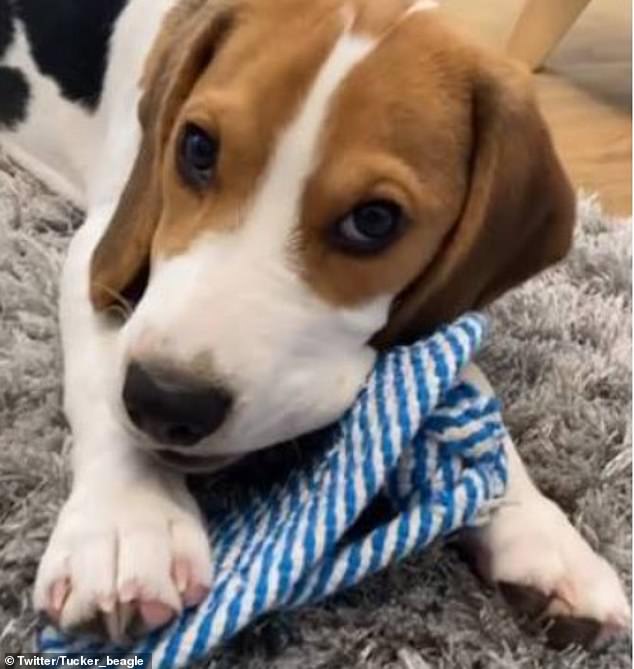 Annoyed at first, it didn’t take her partner long to come round to the idea and now considers Tucker to be his number one priority

In fact, the pair are inseparable since Tucker became an addition to their family in July.

Natalia said: ‘He is absolutely obsessed with Tucker! 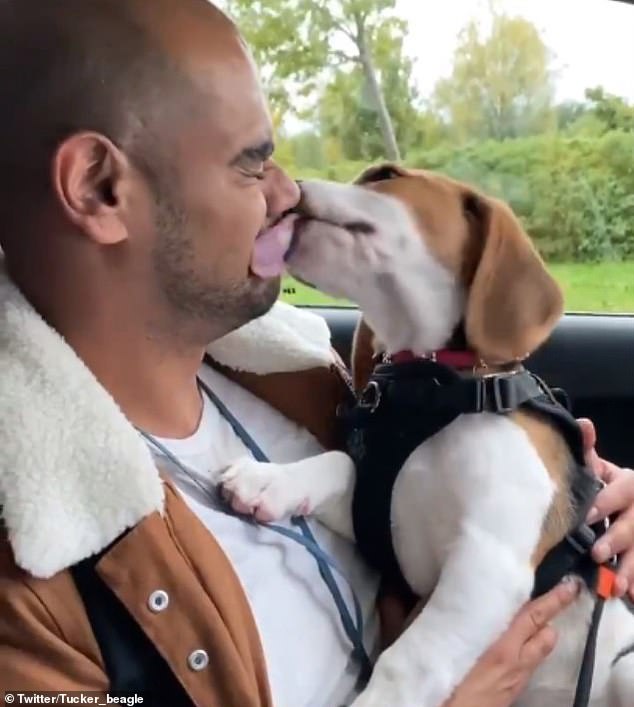 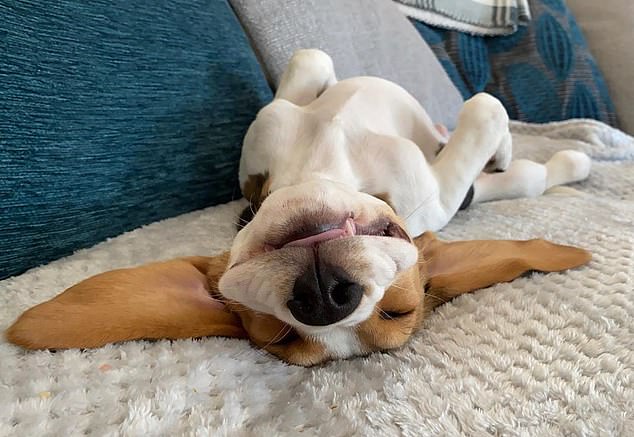 Sometimes all that entertaining can be tiresome work. Tucker taking a rest at his home in Milton Keynes

‘At first he was upset I went behind his back but since we’ve had him his anxiety and stress disappeared and he’s much happier.

‘My plan was risky but it worked.’