A contents insurance policy costing just £4 a month is being launched by The Salvation Army, and it might just be the cheapest in the country.

Contents insurance pays out if the items in your home are stolen or destroyed, for example through fire or property damage.

But many households are unable to find affordable contents cover. If you live in a high-risk postcode, have made insurance claims before or have gone bankrupt, most insurers will either refuse to deal with you or will increase their prices considerably.

Uninsured: Many home contents insurance policies shut out the vulnerable and people who live in the ‘wrong’ postcodes, which two insurance firms want to fix

Many other homes just cannot afford contents insurance, so go without, while others do not see the need for it.

This cover costs £116 a year on average, according to the Association of British Insurers, though this is an all-time-low price and many homes are charged far more than this.

But now a new product aims to help the six million homes locked out of buying normal contents insurance – representing 26 per cent of the country.

What is it and why is it so cheap?

The Core Home policy is being launched by the Salvation Army General Insurance Corporation, or Sagic, on January 16. As the name suggests, this is the insurance arm of The Salvation Army.

The low-cost insurance product costs £4 a month, and gives cover for £30,000 of contents and £10,000 of alternative accommodation if you need to move out of your home following a claim.

The new insurance policy was designed by Neil Bresler, of insurance broker ECH Facilities, while Sagic handles the underwriting.

Unusually, there is no excess if you need to pay before you can make a claim. The product is also renewed monthly, not yearly, and you can cancel at any point.

Renters or homeowners can take the deal out – but people who own their own property will also need buildings insurance under the terms of any mortgage.

Bresler said: ‘The sad truth is that those who need insurance the most are the least likely to be able to obtain it, either because they can’t afford the premium, or because they live in postcodes deemed high risk by traditional insurers, or because they’re subject to punitive exclusions.

‘We estimate that of 22.6 million households in the UK, 26 per cent, or 6 million, have no home contents insurance, and they are the market we are seeking to help.’

How does Core Home compare to other insurance?

The Core Home policy has no exact rivals, but does work out cheaper than most other contents policies for the level of cover you get.

The cheapest contents insurance policy This Is Money could find costs £4.95 a month, from insurance firm Admiral.

And that is for a two-bed house in a leafy, low-crime part of Kent.

The cheapest quote for the exact same house in the high-risk area of Tower Hamlets, London, would cost £5.61 a month, from John Lewis Insurance – again with a £100 excess.

How is it so cheap?

Firstly, the deal limits cover at £30,000 for contents and £10,000 for alternative accommodation.

The average home has around £35,000 of contents within it, and most insurance policies cover in the region of £40,000 to £50,000. This stripped-back cover means a stripped-back premium.

This is ‘sleep at night’ cover

It is also internet-based, with no call centre, which also helps keep prices down.

The Core Home deal also does not cover high-value items such as jewellery and does not pay out for accidental damage.

It also has no bolt-on insurance for things like legal expenses or the cost of replacing frozen food if a freezer fails, which often bump up the price of contents insurance.

Bresler said: ‘We’ve removed high risk elements like jewellery, valuables and accidental damage, as well as fringe benefits, which are the prime factors behind the high cost of cover, but made sure customers are protected against major perils such as fire or burst pipes.’ 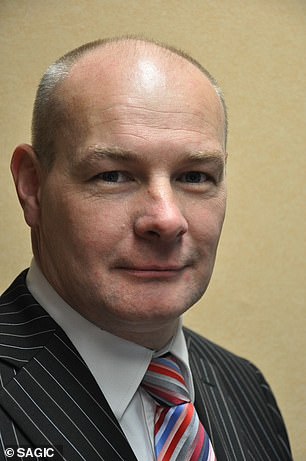 What Core Home does do is pay out for things like fire, theft, storm damage and subsidence – which Sagic chief executive Gordon Dewar calls ‘sleep at night cover’. The policy does provide cover against flooding, but not if you live in a very flood-prone area.

Dewar said: ‘It’s a stripped-down policy, we know that, we are transparent and the customer will understand what they are getting. This is sleep at night cover.

‘It’s not hard running an insurance company, you just treat customers the way you want to be treated yourself.

‘Insurance has noble roots, underpinned by the principle that the many protect the few, but increasing personalisation and changes to risk profiling have threatened this principle.’

At first Core Home will be sold on the website of broker ECH Facilities, but in the future could be sold through other brokers, local councils and housing providers, among others.

Customers who are not comfortable buying insurance online can appoint an advocate to do it for them, such as a relative or trusted neighbour.

If you’ve made contents insurance claims before, are bankrupt or have had past convictions, the online system won’t give you a quote.

However, people in these situations will be referred back to Sagic, where a human will consider their case personally.

One place you will not be able to get Core Home is on price comparison websites such as CompareTheMarket.

This is to help keep costs down, Bresler said, as these websites charge a fee to insurance firms that sell through them.