Charlotte Crosby cried as she was forced to spend New Year’s Eve alone on Friday after testing positive for coronavirus.

The former Geordie Shore star, 31, took to Instagram to share a picture of her lateral flow test after cancelling her plans.

Charlotte wrote: ‘The inevitable has happened. NYE at home with a Lemsip for me! My dry January started early!’

Devastated: Charlotte Crosby, 31, cried as she was forced to spend New Year’s Eve alone on Friday after testing positive for coronavirus

The one-time Celebrity Big Brother winner posted a picture on her Instagram Stories of the fireworks she could see from her home at midnight.

Charlotte has stepped out for a number of dates with celebrity driver Jake Ankers this year after splitting from ex Liam Beaumont.

She has reportedly moved into Jake’s Manchester apartment while her Sunderland home undergoes renovations. 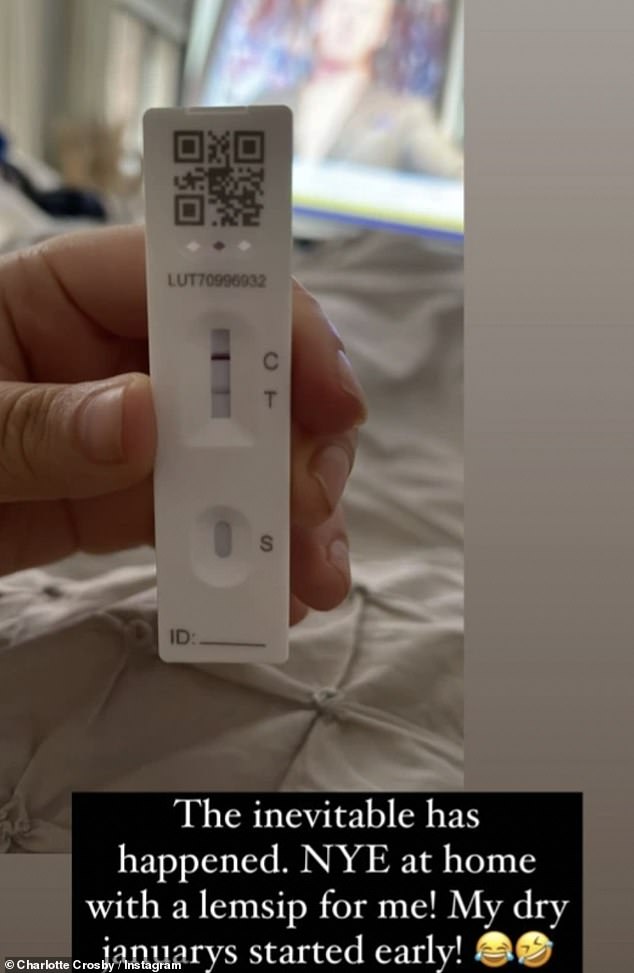 Facing reality: The former Geordie Shore star took to Instagram to share a picture of her lateral flow test after cancelling her plans

The Just Tattoo of Us presenter gave fans a quick glimpse at the steamy image in a YouTube Q&A she uploaded on Wednesday. 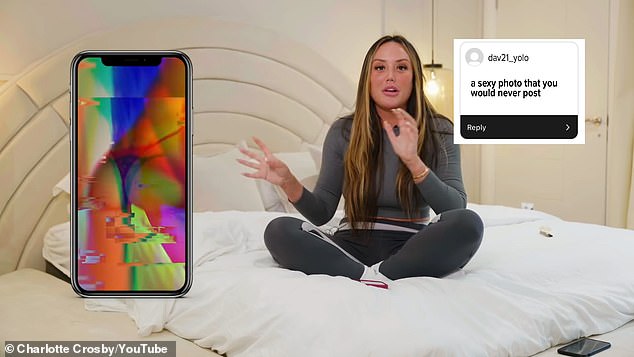 Speaking to the camera, the she said: ‘This is OnlyFans content. This is something I sent to a male – well, my boyfriend – so you know how raunchy it could be.

The video had been deliberately blurred to obscure much of its content but Charlotte could be made out kneeling on a bed in black lingerie. 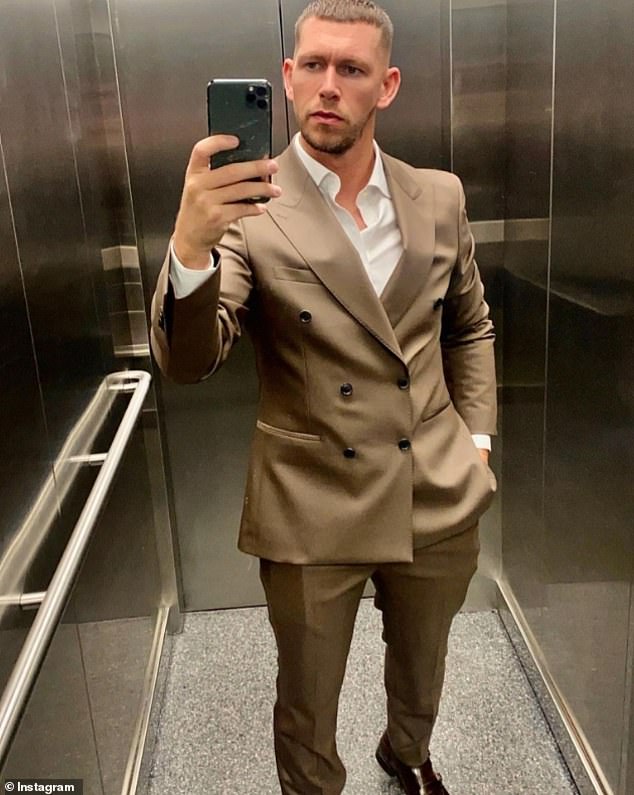 Plush: It comes after Charlotte took her romance with Jake to the next level by ‘moving into’ his luxury apartment in the heart of Manchester

It comes after Charlotte took her romance with Jake to the next level by ‘moving into’ his luxury apartment in the heart of Manchester.

The star is understood to be spending the majority of her time with her beau despite owning her own newly renovated apartment in Sunderland, said to be worth in excess of £1million. 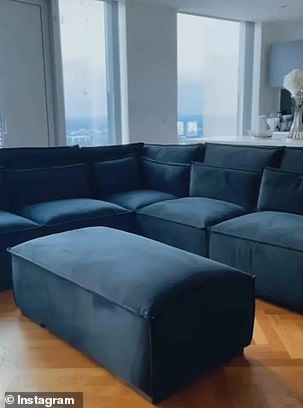 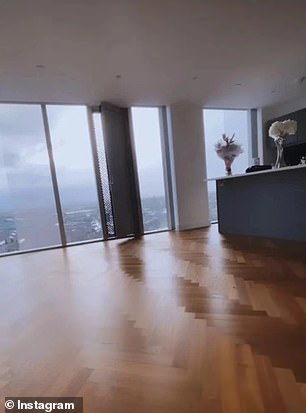 A source told the outlet: ‘Charlotte is enjoying spending every second with Jake. She still has her mansion in Sunderland but has been staying in Manchester.

‘Jake’s letting her do what she wants with the place. They are really smitten with each other and enjoying setting up home together.’ 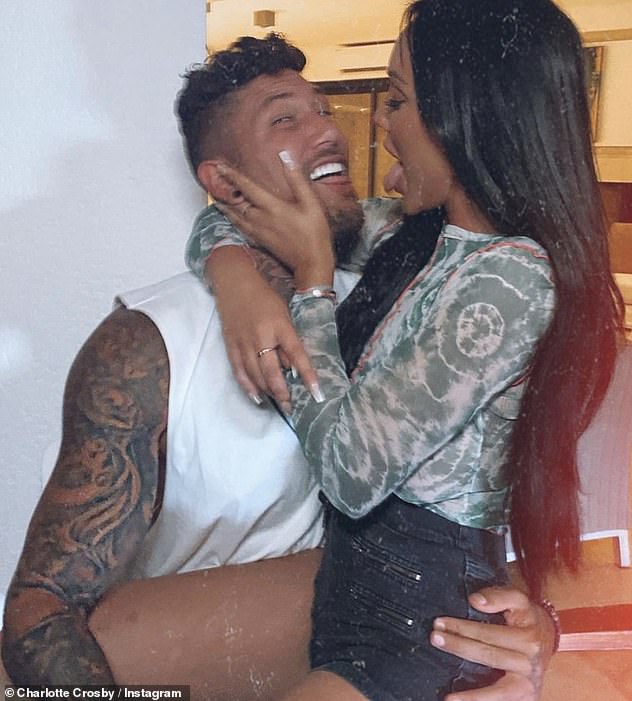 All over:  Charlotte’s former relationship with Liam Beaumont (pictured) ended in August