A huge charitable fund, originally set up almost 100 years ago, could be used to pay off some of the country’s national debt, a High Court judge has said.

The National Fund was started in 1928 when an anonymous donor created a trust with a gift of half a million pounds.

The money was to be left until it had grown large enough to discharge the UK’s national debt.

It was described at the time by Winston Churchill as ‘a benefaction of a character hitherto exceptional in the relations between the State and its citizens’.

Today the fund, which has not been added to since the 1980s, is worth more than £500million.

A High Court battle is underway between the government and the descendants of the families of donors to the trust.

Now a judge has said the fund is a ‘valid charitable trust’, meaning it can be used to help pay off the country’s national debt.

However a verdict on whether the money should be used to help pay the country’s national deficit, or for another charitable purpose, is due to be held at a later date.

A High Court (pictured: The Royal Courts of Justice, which houses the High Court) battle is underway between the government and the descendants of the families of donors to the trust 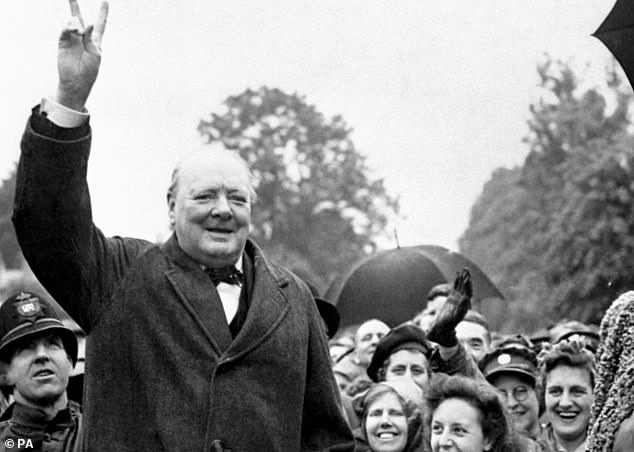 At the time, the gift was described by Winston Churchill (pictured) as ‘a benefaction of a character hitherto exceptional in the relations between the State and its citizens’

Gaspard Farrer: The mystery man behind the National Fund

Gaspard Farrer was born in 1860 and was the son of Sir William Farrer, a highly respected solicitor.

While his brother, Henry, followed in his family’s footsteps and became a solicitor, Gaspard chose a different path, opting for a life in finance.

He was a partner at the famous Baring’s bank – which was founded in 1762.

The British bank was, until its collapse in 1995, the world’s second-oldest merchant.

Farrer was a leading expert on transport with an excellent reputation and was recruited by Barings from the firm of H S Lefevre & Co.

He retired in 1925, supposedly to give younger men a chance to progress in the firm. He died in 1946.

Farrer has now been named as the mysterious donor of the National Fund.

Though the fund was set up to be used to help pay off the national debt, the  structure of it was said to be commercially advantageous to Barings.

The bank’s trustees and investment managers, were said to have been given exceptionally wide trust investment powers for 1928.

The National Fund was set up by a deed of trust with a gift of half a million pounds from an anonymous donor in January 1928, to be held until such time as it, together with other funds or alone, had grown large enough to discharge the UK’s national debt.

A High Court case was brought by the Attorney General, under her duties to charities, arguing that the deed created a valid charitable trust and the National Fund should now be used towards reducing the national debt.

Descendants of the families of donors to the trust opposed the claim, disputing the validity of the deed and arguing ‘that the National Fund is held on resulting trusts for the donors or their estates’, according to a ruling published this week.

In his judgment, Mr Justice Zacaroli ruled that the fund is a ‘valid charitable trust’.

The ruling reveals that the anonymous donor who created the fund 92 years ago was Gaspard Farrer, a partner in Barings until he retired in 1925.

In the wake of the First World War, when the national debt had increased to in excess of £7billion from a pre-war level of £0.6billion, and measures were put in place by the government to reduce the deficit, Mr Farrer made the gift.

A note from Mr Farrer’s close friend, Sir Otto Niemeyer, sent to Mr Churchill, then Chancellor of the Exchequer, in March 1927, said Mr Farrer’s idea was ‘that if such a trust existed and its accounts were published every year so that people saw a fund heaping up in this way for redemption of the debt, other rich men would be induced to follow his example’.

In the following decades, others added to the fund – including Lord Dalziel of Kirkcaldy, who died in 1935 and bequeathed his residuary estate, worth more than £400,000.

But no contributions have been made since 1982, the judgment said. As of July this year, its value was £512.2million.

Mr Justice Zacaroli said experts agreed that ‘the likelihood of the national fund ever being sufficiently large to discharge the national debt at a future date is ‘vanishingly small’. 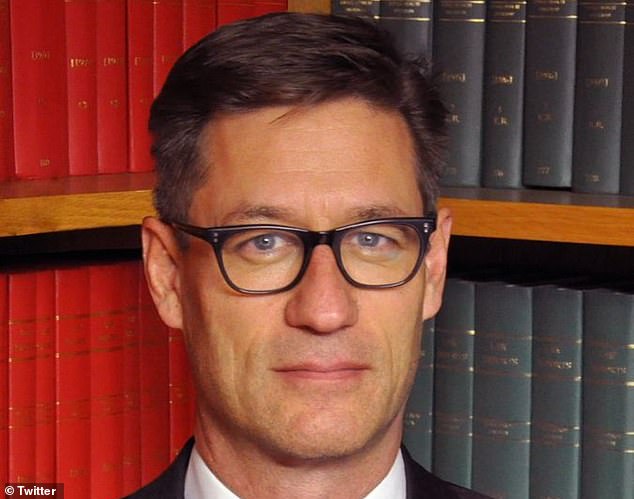 He added that the deed ‘effected an immediate and unconditional gift to charity’.

He added that Mr Farrer ‘intended to give the property out and out for the specific charitable purposes identified in the deed’, and the court has the authority to make a scheme altering the trust under rules which allow the transfer of an asset intended for one charitable purpose to another charitable purpose.

The judgment concluded that the question of whether the court should make a scheme ‘for the transfer of the National Fund to the National Debt Commissioners for the reduction of the national debt or for some other, and if so what, charitable purposes will be deferred to a subsequent hearing.’