Remote appointments are here to stay: Leading GP says rate of face-to-face consultations is ‘about right’ and doctors don’t need to offer many more

Britain’s top GP claims there is no need to offer many more face-to-face appointments as the current rate is ‘about right’.

Around 80 per cent of GP appointments were in person before the pandemic, but this fell to just 47 per cent in April 2020 after Covid hit.

And the latest figures show just under 65 per cent were held face to face at the end of May this year.

But Professor Martin Marshall, chairman of the Royal College of GPs, admitted remote consultations are not as suitable for older people. 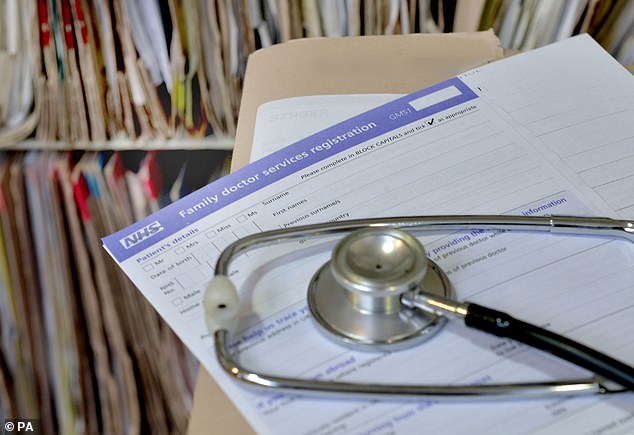 Around 80 per cent of GP appointments were in person before the pandemic, but this fell to just 47 per cent in April 2020 after Covid hit (stock image)

Of the available posts, almost three-quarters had no applications. The figures were based on a census of 4,200 doctors by the Royal College of Physicians.

He also spoke of the trend towards ‘mega-surgeries’, telling the Sunday Telegraph that the days of one GP serving a community for decades are ‘long dead’.

The Daily Mail is campaigning for more patients to be seen in person. On the rise of remote appointments, Professor Marshall said: ‘We’ll end up with a service which is certainly more convenient when it’s remote, but not necessarily more productive.’

NHS England issued guidance earlier this year that face-to-face appointments must be offered unless there is good clinical reason not to do so.

Yet the latest statistics show almost a third of appointments are held over the phone or via online consultations.

Professor Marshall said patients at his east London practice are generally young and good with technology, but admitted this is not the case with ‘older, more traditional communities’. With half of England’s small surgeries having closed in less than a decade, he said: ‘The days of Dr Finlay, where you had one GP in a stable community for 40 years, are long dead.’

He added last night: ‘It is likely a shift to more care being delivered remotely… would have happened anyway, but the pandemic accelerated this.’

A spokesman for the Department of Health and Social Care said patients should be able to see their GP ‘in any way they choose’.