Star player: How Jacob Rees-Mogg might look in a Chairman Mao cap

The investment company set up by Business Secretary Jacob Rees-Mogg has multimillion pound shareholdings in Russian and Chinese companies, The Mail on Sunday can reveal.

The stakes held by Somerset Capital Management (SCM) will raise eyebrows at a time of fraught relations between the UK Government and the Kremlin following Russian president Vladimir Putin’s invasion of Ukraine.

There are also rising tensions with the communist regime in Beijing.

In his new role as Business Secretary, Rees-Mogg is in charge of sensitive rulings involving Chinese and Russian interests, including whether to allow takeovers of UK companies by Beijing-backed predators.

Among the controversial holdings is a stake in Moscow-based internet giant Yandex, which is often referred to as Russia’s Google and is the country’s largest search engine.

According to its most recent documents filed this summer, SCM held two million shares in Yandex, which has been criticised for allegedly promoting the Kremlin line on its online news platform.

Jailed opposition leader Alexei Navalny has described the company as ‘the main propagandist’ for the murderous war against Ukraine.

Western firms have faced immense pressure to exit investments in Russia since the invasion was launched on February 24.

Former Yandex chief executive Arkady Volozh stepped down in June after being sanctioned by the European Union.

SCM previously held stakes in four firms operating in Russia, but this has now fallen to two, documents show. The other is a recruitment business called Head-Hunter. Rees-Mogg is a co-founder of SCM, which manages about $5billion (£4.5billion) on behalf of clients, and he lists himself as a partner in the firm in parliamentary declarations.

He was promoted to Secretary of State for Business, Energy and Industrial Strategy by new Prime Minister Liz Truss earlier this month.

SCM has just been put up for sale with a price tag of tens of millions of pounds, which would net Rees-Mogg a multi-million pound windfall.

The firm claims that he has no say in its stock-picking decisions as he stepped back from direct involvement in running the funds when he became an MP in 2010.

He is understood to have a stake of between 10 per cent and 15 per cent in SCM.

The investment firm owned shares in Yandex as far back as 2018. In March, following Putin’s invasion, it said it would exit its shareholding ‘in an orderly manner in due course’. 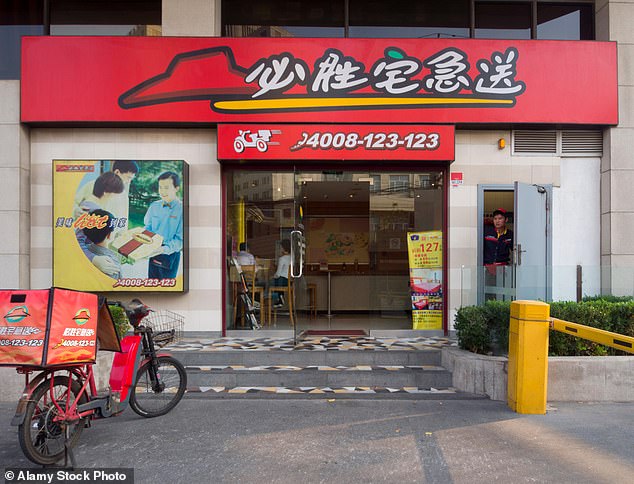 Slice of the action: Rees-Mogg’s firm invests in Yum China, which has the Pizza Hut franchise in China

But the most recent company documents seen by the MoS suggest it still holds the shares, which are likely to be difficult to sell because of the sanctions imposed after Putin’s invasion.

However, in common with other Russian investments, they may in reality be worth little or nothing, due to the financial fallout from the war. SCM says it has ‘written down’ its two million shares in Yandex to zero, implying it does not expect to make money from the investment.

Other controversial shareholdings include Yum China, the country’s largest restaurant group, which is one of SCM’s biggest investments. It operates 12,000 restaurants in the country, including many under licence, such as KFC and Pizza Hut.

Filings show Somerset Capital holds a £160million stake in the business, which is chaired by a senior policy adviser to the Chinese Communist Party, Fred Hu. 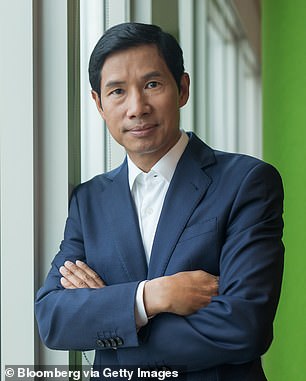 It also holds a £6million stake in a Taiwanese semiconductor plant.

The semiconductor sector is a sensitive one worldwide and has prompted a row over Newport Wafer Fab, Britain’s largest microchip maker.

Rees-Mogg now holds sway over the future of the Welsh-based firm, which was sold to a Chinese-backed buyer last year. He is shortly expected to reveal his decision on whether the deal should be unwound on national security grounds.

SCM’s shareholdings are listed in its most recent stock market documents, and include dozens in China, Hong Kong, Saudi Arabia, India and South America. Other major investments include a £90million stake in Indian information technology firm Infosys – the company founded by former Chancellor Rishi Sunak’s father-in-law.

Rees-Mogg co-founded SCM in 2007 with Dominic Johnson and Edward Robertson. The firm is named after the county where Rees-Mogg grew up and is the location of his constituency.

Oliver Crawley, a partner at the firm, said: ‘As a global emerging markets equity specialist, Somerset Capital Management had some limited exposure to listed Russian equities before Russia invaded Ukraine.

‘Since the invasion, these equities have been suspended on their exchanges and Somerset’s policy has been that it will not purchase any Russian securities.’

The company describes its investment targets as ’emerging markets’ – nations that offer the promise of high rewards but with more risk than Western countries.