Barcelona kept momentum from its Spanish Super Cup triumph by routing third-division club Ceuta 5-0 to advance to the quarterfinals of the Copa del Rey on Thursday.

Robert Lewandowski scored twice for Barcelona, which at the weekend beat rival Real Madrid in the Super Cup final in Saudi Arabia to clinch its first title since Lionel Messi left in 2021.

Raphinha opened the scoring with a low left-footed shot from outside the penalty area in the 41st minute before Lewandowski added to the lead from inside the box after a pass by Franck Kessié in the 50th.

Ansu Fati netted the third in a breakaway in the 70th, Kessié scored the fourth with a header in the 77th and Lewandowski found the net again with a low strike in the 90th.

‘These matches can be difficult if you don’t play at 100%, so we had to take it very seriously,’ Barcelona’s Sergi Roberto said.

‘After the second goal things got a bit easier. We are happy to be through to the next round.’ 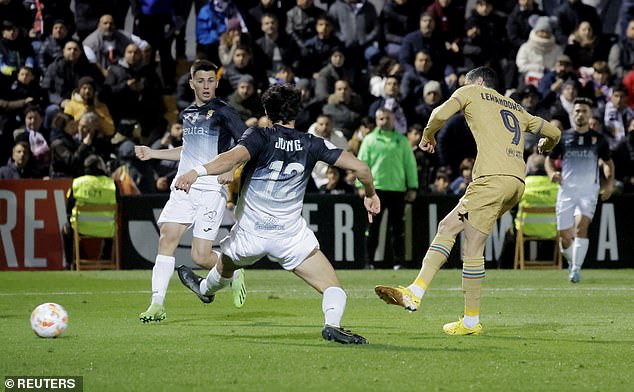 Barcelona didn’t make it past the round of 16 of the Copa last season, being eliminated by Athletic Bilbao.

It had won five Copa trophies in seven seasons before that.

Ceuta had advanced past first-division club Elche in the round of 32. 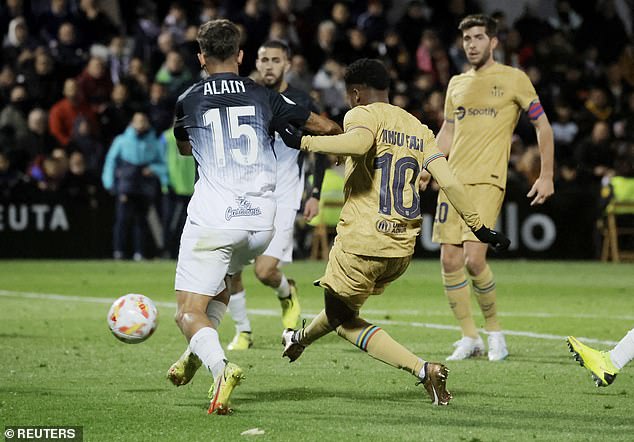 The draw for the last-eight matchups will be on Friday.

Defending champion Real Betis was eliminated by Osasuna in a penalty shootout on Wednesday. 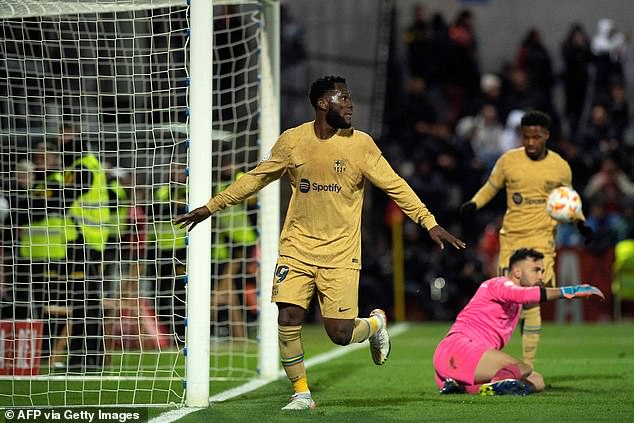 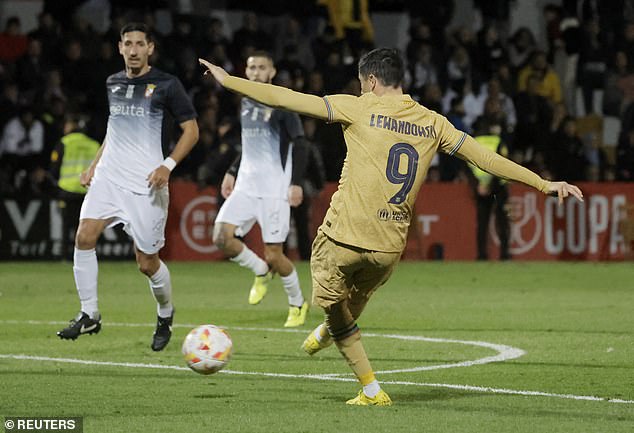